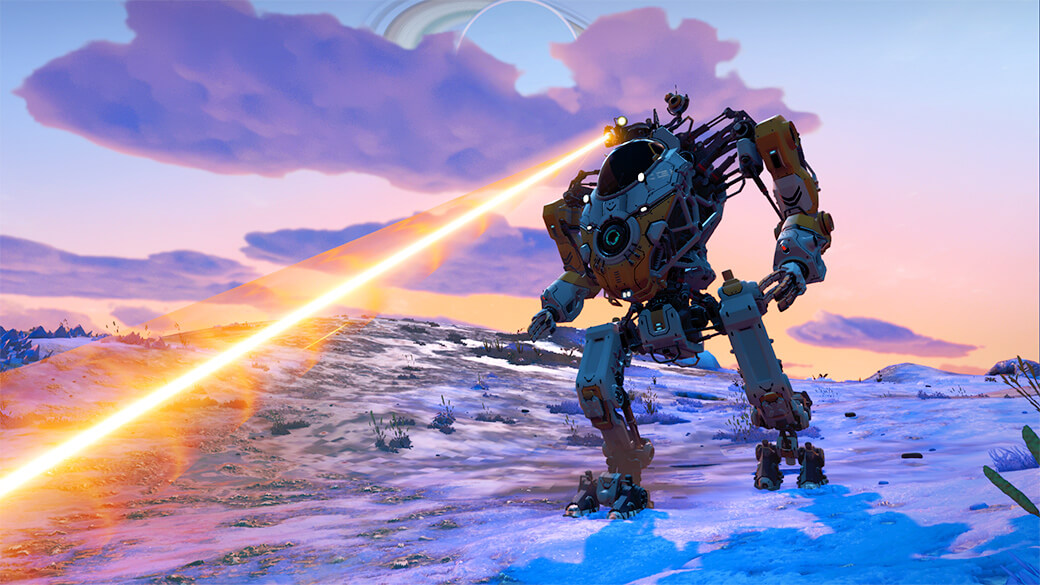 Developer Hello Games has rolled out yet another game-changing updating less than 2 months after the addition of mysterious “living ships”. As of yesterday, the fully controllable mechanical walker known as the Exo Mech has been added to No Man’s Sky along with other fresh new changes.

And, like every other No Man’s Sky update, this one is completely free if you own the base game. Which means that now is the perfect time to jump back in or blast off for the first time.

Wondering what the other recent updates to No Man’s Sky have been? Well, the eerie  “Abyss” was added in 2018, followed by “Visions” and the game-altering “Beyond” update in 2019 (which also added VR support). Most recently, the “Living Ship” patch added… exactly what its name implies.

Technically known as the “Minotaur Heavy Exocraft Hybrid”, this fully controllable mechanized walker offers a whole new way to explore the galaxy. From the Mech’s immersive cockpit you’ll be able to explore your way through storms and hazards that would otherwise be deadly on foot.

Hello Games tells us that you’ll be able to “steer, stride and leap from the atmospheric perspective of a mech pilot;” and, if you have the capability, you can “examine extra-planetary data readouts in full 360° VR.” Check out the video above to see the mech suit in action, and just some of its highlights below:

In addition, No Man’s Sky now features a number of technical changes and quality of life upgrades. You can check out the full patch notes for update 2.4 at the bottom of the page here.

Will you be jumping in to explore everything in the No Man’s Sky Mech update? Let us know in the comments!

If you’re new to the game, check out the store page for more details.