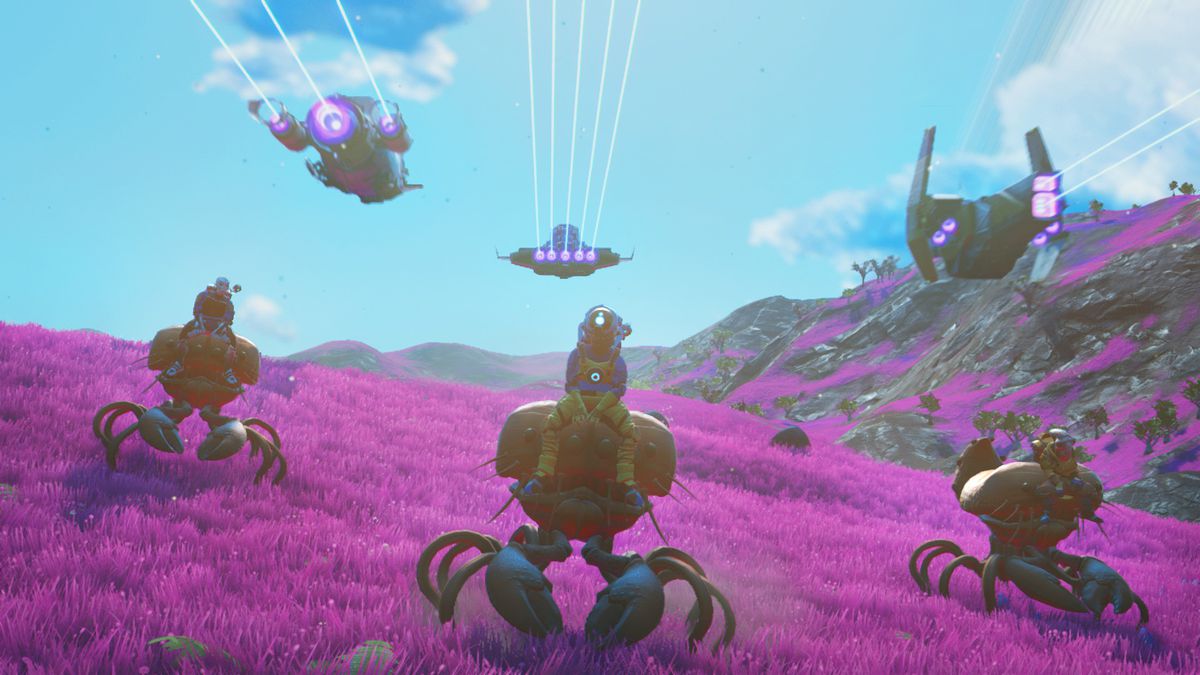 Three years ago, No Man’s Sky endured one of the rockiest launches in video game history. At the time, developer Hello Game received everything from critical outrage to death threats, but nevertheless vowed to turn it around.

One year ago, the NEXT update was released, improving the game immensely and delivering on all the promises of the original launch. Big content updates soon followed, too, like The Abyss in October 2018, Visions in November, and now the biggest one yet, “Beyond”.

No Man’s Sky Beyond contains “three major updates rolled into one”, and best of all, it’s free for anyone who already owns the game. Which means now is the best time ever to jump back in or blast off for the first time.

The multiplayer content that was added last year in the “NEXT” update has been massively expanded upon. There’s now a big social hub (like the Tower in Destiny 2), community missions, and the possibility of bumping into fellow explorers all across the massive galaxy.

As developer Hello Games puts it, “An expanded online experience will bring a radical new social and multiplayer experience which empowers players everywhere in the universe to meet and play together.”

The perfect game for virtual reality finally has virtual reality support! “VR is the way to play No Man’s Sky”, Eurogamer says, and now it’s available on a variety of popular headsets; including the Valve Index, PlayStation Move, Knuckles, and Oculus Touch.

All of the best things about No Man’s Sky are heightened in VR mode, making the thrill of space exploration that much more immersive and visceral. “No Man’s Sky in VR feels like a whole new game,” the Verge writes.

A Galaxy Full of New Features The third “major update” included with No Man’s Sky Beyond is actually a whole list of new features. There’s a plethora of new details included in this update that make the galaxy feel bigger, better, and more alive than ever before. In addition to an entirely new galactic map, you can expect these new features (and more) in the great Beyond:

Will you be jumping in to explore everything that’s new in No Man’s Sky Beyond? Let us know in the comments.