December was an amazing month for Xbox Game Pass members, and according to Microsoft’s corporate vice president, January is going to be great as well.

Had a chance to review the @XboxGamePass line-up for January (coming soon!) – and it’s awesome. Like December, January is going to be a great month for subscribers. #Xbox

In addition to the big drops of games we got throughout December, Life is Strange: Before the Storm just snuck into the collection on the 27th. As for what’s coming next, we already know that games like Aftercharge and Ori and the Blind forest will be joining Game Pass in 2019, however, we haven’t gotten our usual announcement on what exactly will be added to the catalog in January.

While we wait, we thought we’d reminisce about the year past, as it was an exceptionally good year to be an Xbox One player. Here are the top 5 games added to Game Pass in 2018.

Doom is a franchise that needs no introduction. Released in 2016, this version of Doom is a reboot of the original title, and it has breathed new life into the franchise. It’s classic demon slaying updated to the modern era. In fact, players loved this new Doom so much, that developer id Software is making a sequel. The follow-up “Doom Eternal” is coming sometime soon in 2019.

Sea of Thieve is an Xbox exclusive title, so it was added to the Game Pass catalogue on the day it released. If you’ve ever dreamt of living the pirate life — and who hasn’t?? — then Sea of Thieves is a game you need to play. The life of a free-roaming treasure-hunting adventurer comes to life in this one-of-a-kind multiplayer experience. Alone or with some mates, you can explore a massive open world filled with action, adventure, and all the other pirate-y goodness you might imagine!

From the developer of Devil May Cry comes a brutal story of might and madness. In Hellblade, you’ll play as a Celtic warrior during the Viking age who embarks on a journey to Hell to retrieve the soul of her lost lover. Let’s say this… Senua’s Sacrifice is not for the faint of heart.

PES brings a football experience that captures the pure artistry of the beautiful game. The ball feels responsive and real as it moves across the pitch, passes are smooth and natural, and in general, every PES 2019 does an amazing job of making this video game version of football feel real.

While PC players were stuck paying full price, Xbox Game Pass members have been able to play this amazing game since the day it released! In Forza Horizon 4, the scenery of Britain is almost as gorgeous as the cars… almost! With over 450 cars from over 100 different manufacturers, Forza Horizon 4 brings you the largest collection of cars of any Horizon title. And with special DLC like the “Car Pass” or the “007 Car Pack” that number grows even larger. 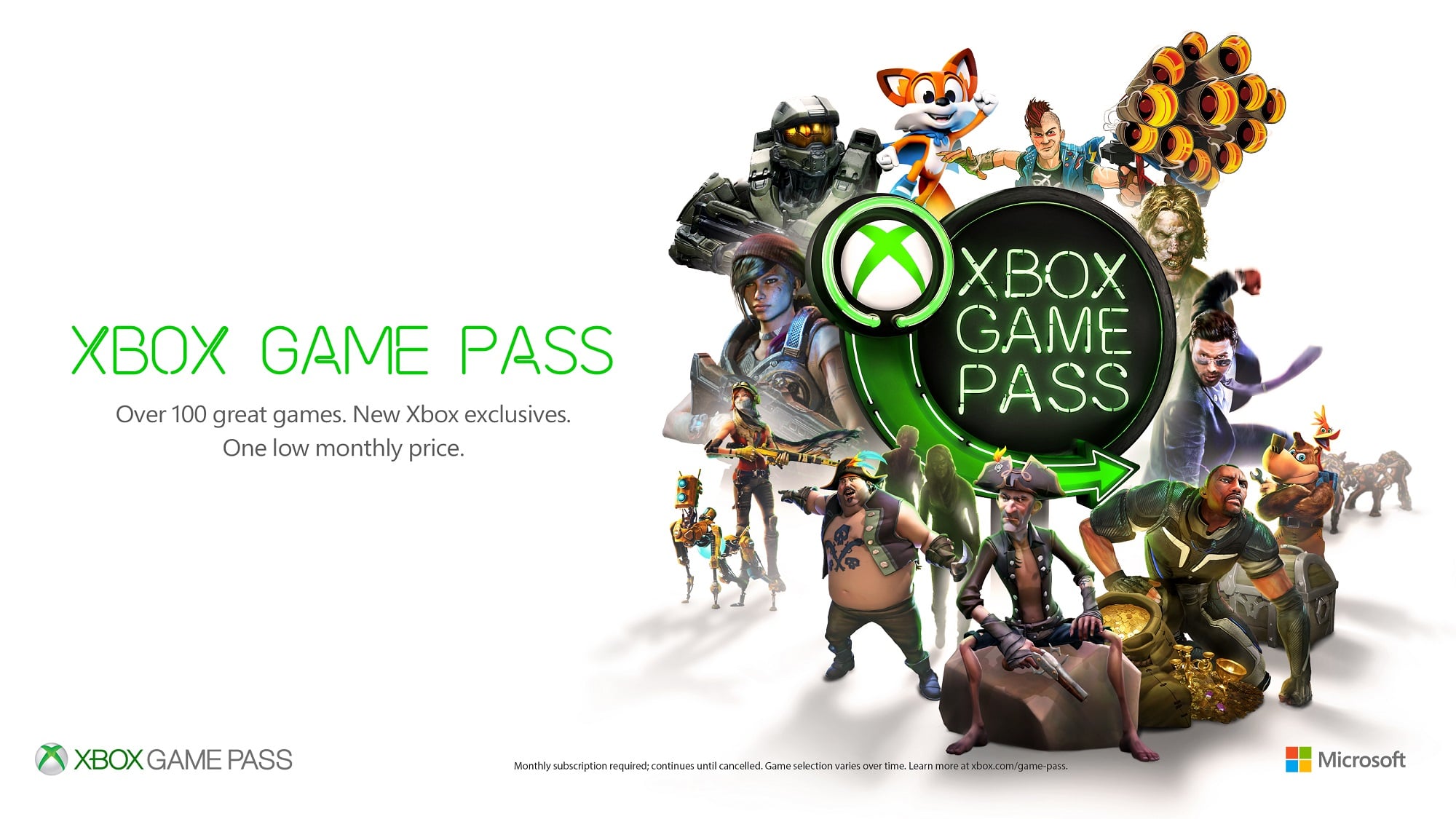 All of the games above are available to play right now for Xbox Game Pass members. If you’re new to how Game Pass works, it’s basically like Netflix for games. You pay one monthly price and you get access to over 100 games (with new ones added monthly). You can play 24 hours a day, for as long as you are a member. Game Pass members also get access to Xbox exclusive titles on the day they release– like the recently added Forza Horizon 4 and the upcoming Crackdown 3.

What was your favorite new addition to the Game Pass catalog in 2018? Let us know the comments below!