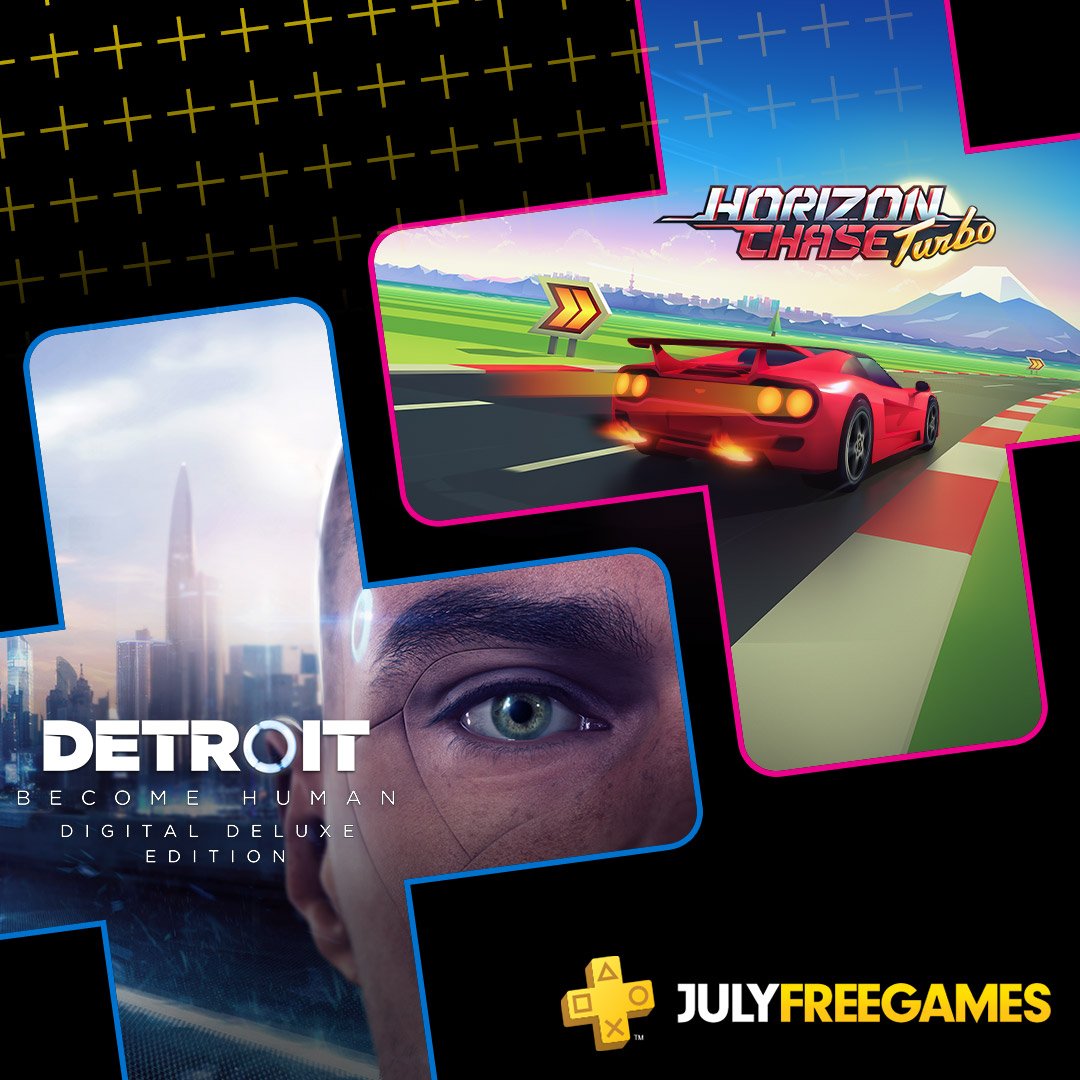 UPDATE: In a last-minute change, Sony has decided to replace PES 19 with Detroit: Become Human. More details below.

Two more games have been announced for the PS Plus July lineup, and as usual, they’ll be included as a bonus for all active subscribers. Both of the games listed below will unlock on 2nd July. Until then, there’s still time to download June’s offering of Borderlands: The Handsome Collection and Sonic Mania.

Detroit: Become Human is a neo-noir thriller set in near-future Detroit Michigan. You play as three different characters, all androids, who are each in the process of being hunted, leading a revolution, and defining what it means to be human.

Become Human features choice-driven narrative that makes the player a part of the story. The game put’s you in charge of navigating some pretty heavy themes, like free-will, slavery, and the nature of humanity.

Horizon Chase Turbo is a straight-forward arcade racing game that’s inspired by the golden age of 90s racing titles. Everything from the sounds and car designs, to the crash animations and backdrops, will make this revival game a hit with anyone who played classic racing games. There is split-screen multiplayer support for all of Horizon Chase Turbo’s game modes– so grab your friends, a comfy couch, and this free game on 2nd July.

What Is PlayStation Plus?

For more information on the best deals – check our blog and join the conversation on our Facebook page.