A massive amount of gameplay and details were just released for DOOM Eternal, hot on the heels of last week’s new trailer. Thanks to a preview embargo being lifted on Tuesday, multiple news outlets have revealed their recent experiences with one of the most anticipated games of 2020. We’ve rounded up all the most important details for your below.

Save Big When You Pre-Order Your Copy of Doom Eternal from CDKeys.com

Returning in 2016, “Doom” was a reboot of the original 90’s gem, and it breathed new life into the series. 2016’s Doom was Game of the Year for many critics and was even described as “near-perfect” by Polygon. Add to this, the fact that DOOM eternal is the next entry in the godfather of FPSs (and online shooters), and you’ve got some pretty big boots to fill.

Amazingly, it looks as if Doom Eternal will not only live up to, but exceed expectations. Check out the new previews below to see for yourself:

“Imagine if Sam Raimi made a true sequel to Evil Dead 2, but he had Avengers budget. That’s what Doom is.”

Demons have invaded Earth, and the Doom Slayer (you) is once again humanity’s only hope. Sounds simple enough, but Doom Eternal is “anything but a ‘dumb shooter’”.

Doom Eternal’s new gameplay is described as a “relentless assault of ferocious ultraviolence” by PC Gamer, and the game’s first 3 hours throw more at you than all of Doom 2016” according to GameSpot. But, perhaps most importantly, Doom Eternal is simply a bloody good time. 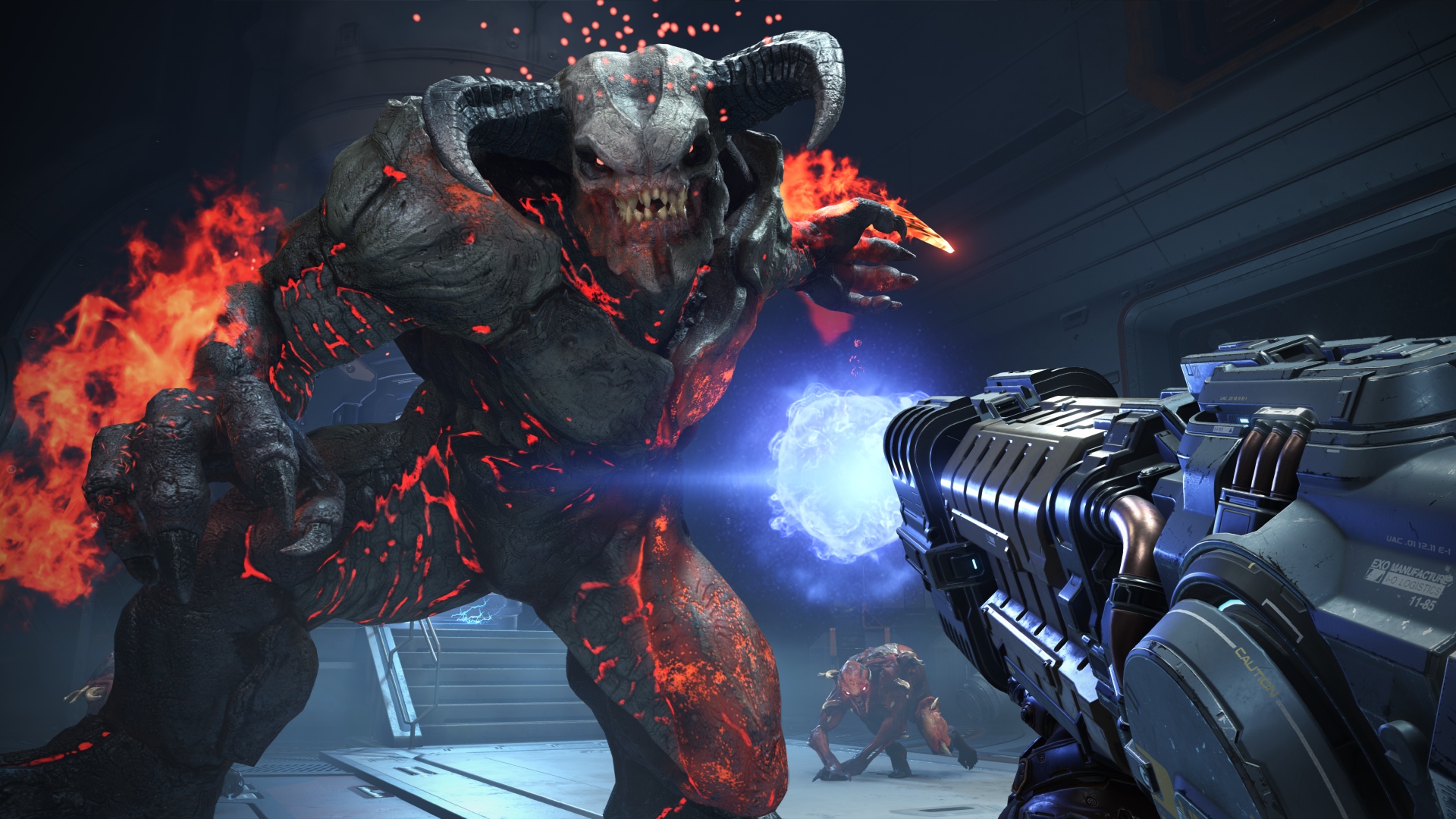 Executive producer Marty Stratton explained to Polygon that one of the best things about working on Doom in 2020 is that he and his team “get to make a big-budget, AAA game with an outlandish premise.” “We don’t have to take ourselves too seriously,” he added.

And, although we don’t really need it, there’s much more offered in Doom Eternal than just Demon Slaying. Platforming acrobatics, puzzles, and other surprises await as well.

“We had to do more than give you great skate parks to murder demons in”, Creative Director Hugo Martin explained. “We needed to make the areas between the skate parks just as engaging with these little combat puzzles to be solved.”

What do you think of how Doom Eternal is shaping up ahead of its 20th March release date? Let us know in the comments!