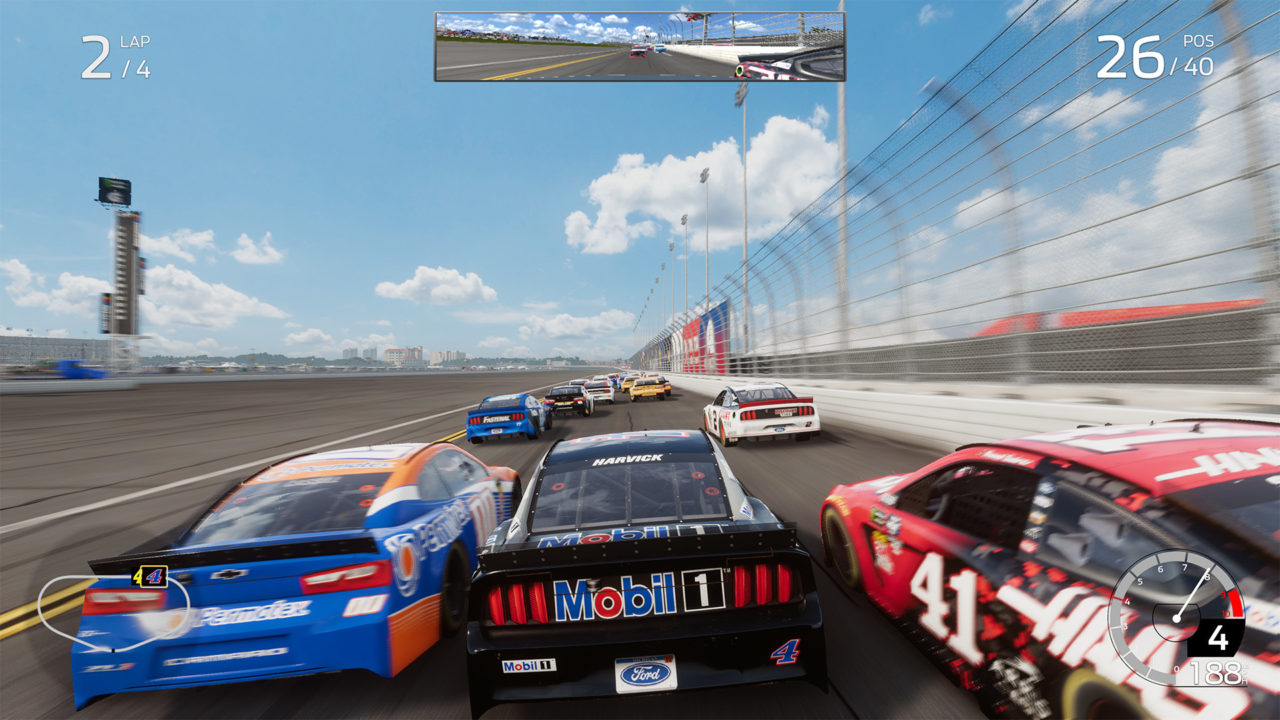 NASCAR Heat 5, one of the top new releases of July, is now available. As the only officially licensed game of the 2020 season, Heat 5 is the best way to experience all the drivers, teams, and cars of NASCAR in their full power and glory. Check out everything new in the latest edition of the game below.

Save Big on Your Copy of NASCAR Heat 5 for PC

Upgrade to the Gold Edition for Xbox One – On Sale Now

The official video game of NASCAR returns with all of the drivers and cars of the world’s most popular stockcar racing series. All of the Xtreme Dirt Tour racers are also included, too (along with 39 authentic tracks to master). Time to find out if you have what it takes to become the NASCAR Cup Series champion!

Forbes gets at the heart of what makes NASCAR Heat 5 great in their review:

When it comes to participating in an intense battle against other drivers (both CPU and human-controlled–online and offline) there may not be another game that provides a better pure racing-duel experience. From an eSports racing standpoint, NASCAR has the most attractive vehicle.

In addition to everything you’d expect from the latest NASCAR game (like all the official drivers/tracks), Heat 5 brings a long list of new features and enhancements. Most notable are the beefed-up Career Mode, the new Test Mode, and the beloved split-screen multiplayer. Here’s more info on everything that awaits in NASCAR Heat 5:

Upgrade to the Gold Edition – On Sale Now for Xbox One

The Gold Edition of Heat 5 instantly delivers a ton of content centered around Hall-of-Famer Tony Stewart, but there’s a lot more that this deluxe edition brings down the road.

With the upgrade, you‘ll get Tony as an in-game spotter, a few of the man’s classic paint schemes, and an exclusive Career contract offer from Stewart-Haas Racing. The Gold Edition of NASCAR Heat 5 also includes $125,000 worth of in-game cash and the Season Pass– a four DLC content package releasing in the near future. Check it out in the CDKeys Store.

Which new July release are you most excited about playing this month? Let us know in the comments below or on our Facebook page!