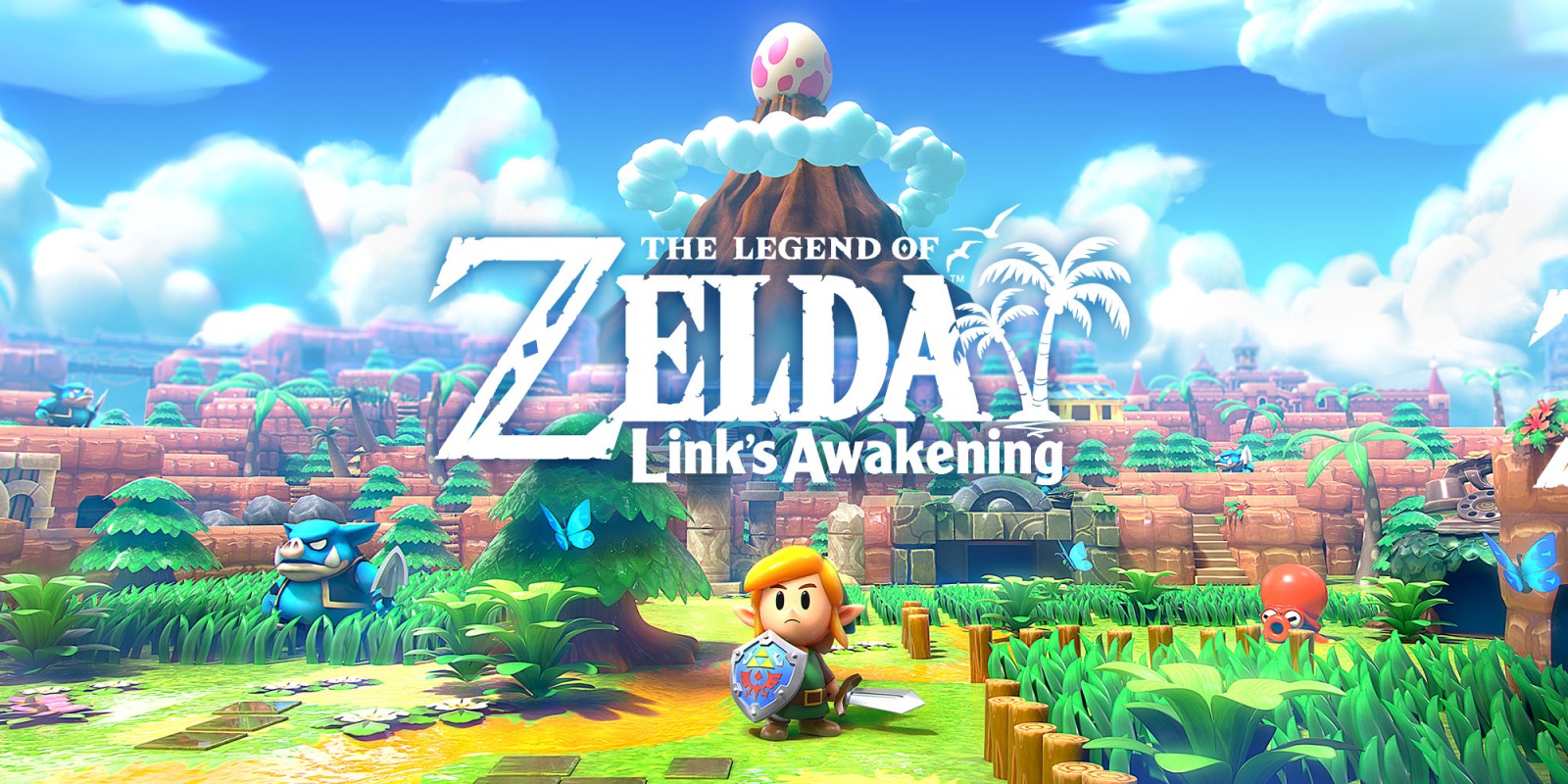 After the exciting Nintendo Direct earlier this month, we have the perfect game to tide you over until Luigi’s Mansion 3 and Overwatch arrive in October. The Legend of Zelda: Link’s Awakening is a dreamlike adventure that’s entirely true to its original 1993 version. It’s a unique chance to experience the dungeons, puzzles, characters, and mysteries of Koholint Island like never before.

The Legend of Zelda: Link’s Awakening – Welcome to “Paradise”

Step into a time warp and relive one of the most beloved Legend of Zelda adventures ever, 26 years after it first released on Game Boy! After washing ashore on a mysterious island (filled with inhabitants that are even more mysterious), Link must set out on a mission to awaken the Wind Fish and escape from the supposedly inescapable land.

Link’s Awakening is a very unique Zelda game. It doesn’t take place in the iconic land of Hyrule, it doesn’t feature the recognizable Triforce Relic, and, in fact, Princess Zelda herself is nowhere to be found. Arriving between “A Link to the Past” and “Ocarina of Time”, Link’s Awakening is a one-of-a-kind Zelda experience that is now better than ever on the Switch.

Link’s Awakening has been beautifully reimagined for the Nintendo Switch while staying true to the original game. In their 9.4/10 review, IGN praises the new version as “a masterclass in remaking a classic”. Check out the video above for a side-by-side comparison with the Game Boy version (some slight spoilers involved).

Goombas, Kirbys, Chainchomps and more characters from other Nintendo franchises are back, adding to the games charming spin-off feel. While at the same time, vast improvements in graphics, controls, and quality-of-life features make the Switch version an upgraded experience.

The surface world of Koholint Island is now one seamless space; enabling you to travel throughout free of loading times and side-scrolling restriction. In addition, puzzles are more fun and less frustrating in Link’s Awakening. And, more buttons on the Switch (compared to the Gameboy) means more intuitive controls.

Are you picking up Link’s Awakening? Let us know why or why not in the comments below.

And be sure to subscribe to our blog for more previews of the latest games (at deep discounts) on sale in the CDKeys store.