The Tekken series has come a long way since the first game hit arcades in 1994.

In the PlayStation’s early days, Tekken and Tekken 2 showcased the new machine’s capabilities beautifully, while the third game is a PS1 classic. The series has evolved beautifully over time, introducing fun (sometimes odd) minigames, diverse characters, and solid customisation features, adding plenty of depth beyond the basic brawling.

Now, many years and games since the series’ debut, Tekken 7 has leapt from the arcades to the latest generation of home consoles.

Is it any good? 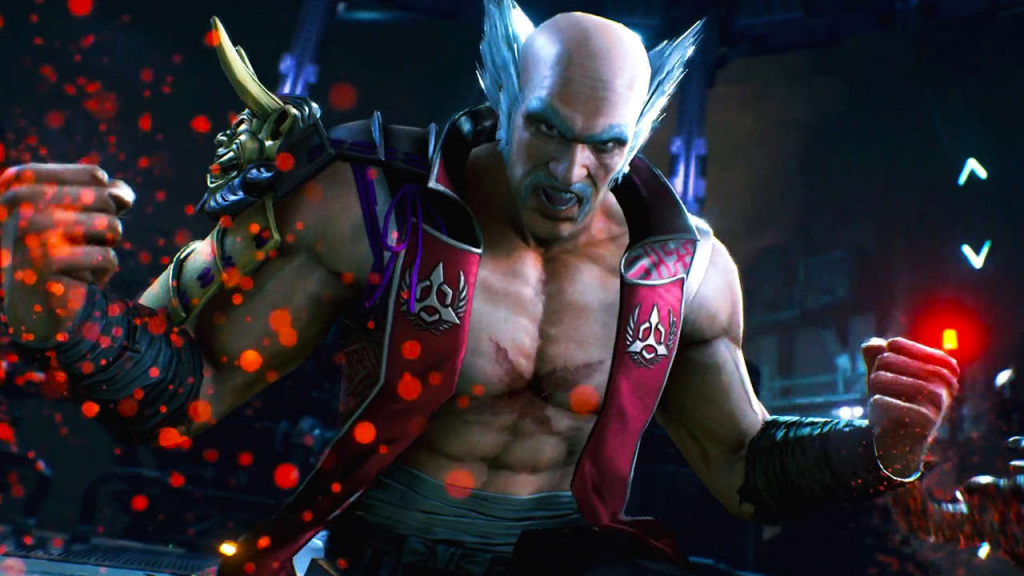 Tekken 7 puts the dysfunctional Mishima family front and centre with the new The Mishima Saga. This story mode wasn’t included in the arcade version, but it’s been created especially for the home version, giving a deep, immersive single-player experience not completely unlike the Injustice games’ main mode.

The Mishima family has long been at the heart of the Tekken series, and that continues here: the pointy-headed patriarch, Heihachi, spawned Kazuya, who spawned Jin (both with equally angular hair), have a fairly complex relationship. This is explored in The Mishima Saga, which shifts you from one character to another, with Heihachi, Kazuya, Akuma (a fighter you might recognise from another major franchise), and others available. There are optional side missions too, giving other fighters a brief appearance, including a particularly memorable one for Yoshimitsu.

The Mishima Saga will give you a good few hours of grand family-based intrigue, and there are moments where the gameplay diverges from the familiar style. For players who want to dive straight into a traditional Tekken experience, there’s the standard Arcade mode, as well as Treasure Battle mode. 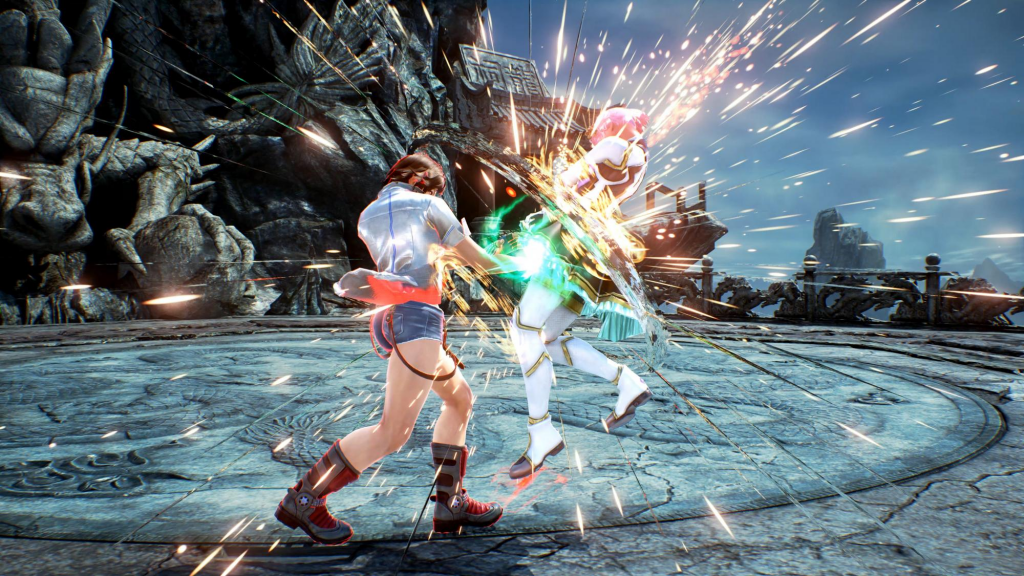 The latter is basically an enhanced survival mode, in which you battle an endless line-up of enemies, with different scenarios from time to time. Again, this echoes the battle modes in Injustice: Gods Among Us, with set-ups like extra damage and other variations changing the nature of fights.

When you win a battle in this mode, you’ll receive gear to customise your roster of characters, while Fight Money can be earned to spend on unlockable content.

If Looks Could Kill

Given how amazing customisation has been in previous games, it’s no surprise to see Tekken 7 continue this.

Characters can pretty much be made to look as colourful and wild as you like, with different hats, hairstyles, masks, glasses, tops, bottoms, and awesome accessories. Want to add a pineapple or set of balloons? Fancy having your character rock an electric guitar? It’s all here, and more. These are especially terrific for making your fighter look unique when playing online. 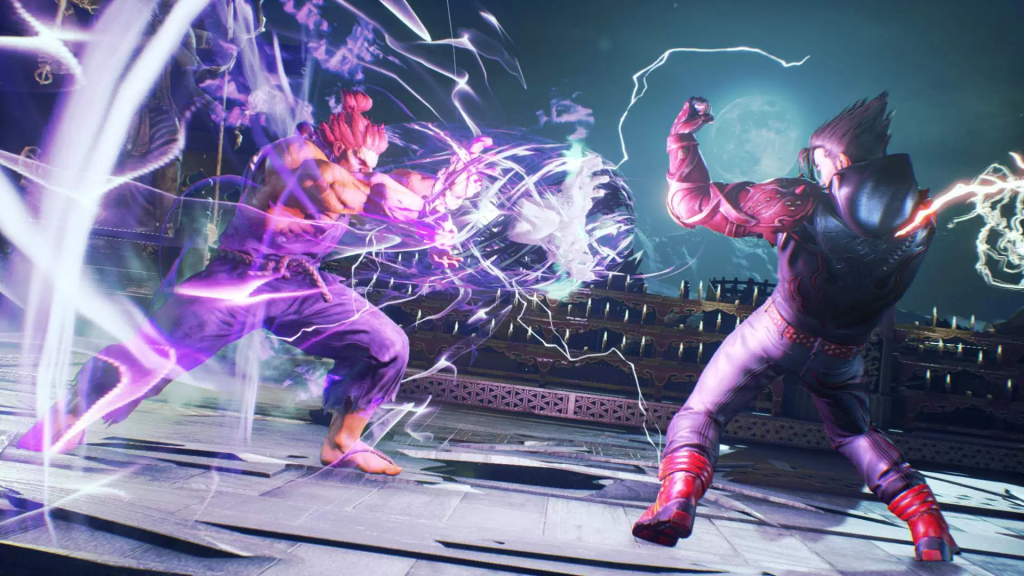 For anyone who loves to unlock everything and experiment with characters’ looks, Tekken 7 has plenty to prevent the game growing stale.

Speaking of looks, Tekken 7’s visuals are stunning, with highly-detailed sprites, smooth animation, and dynamic backgrounds. Characters who have featured in the series for multiple games have slightly different looks, such as Hwoarang sporting an eye patch; this helps to keep familiar faces fresh and exciting, without changing too much. Of course, the in-depth customisation options let you take this to an extreme, transforming your favourite characters in all kinds of weird and wonderful ways.

So, what about the combat itself?

A few tweaks have been made. Most notable is the inclusion of Rage Arts, which are new moves designed to help you out when you’re in bad shape. You can unleash a Rage Art when your health bar drops to a quarter or less: all it takes is a two-button input for the majority of fighters. When you land the first hit, you’ll go on to deliver a huge attack which becomes more powerful the worse your health is.

If an enemy uses a Rage Art against you, you can block them. The Rage Drive, though, is similar but has differences, allowing for powerful combo-hits and extra damage. Power Crushers are something of a help, designed to let you absorb mid- and high-attacks for enhanced strikes.

These additions bring something new for long-time fans, though the core gameplay remains largely the same. Sidesteps have been slowed down a little, while moving forward and back has been enhanced, to even things out between more sluggish and faster characters.

You have more than 30 different fighters to choose from, with 26 familiar faces and 10 new ones, including the likes of Bryan Fury, Devil Jin, Eddy Gordo, Heihachi Mishima, Hwoarang, Jack-7, King, Kuma, Panda, Nina Williams, Paul Phoenix, Ling Xiaoyu, Marshall Law, and others. DLC characters will come along soon enough, too. 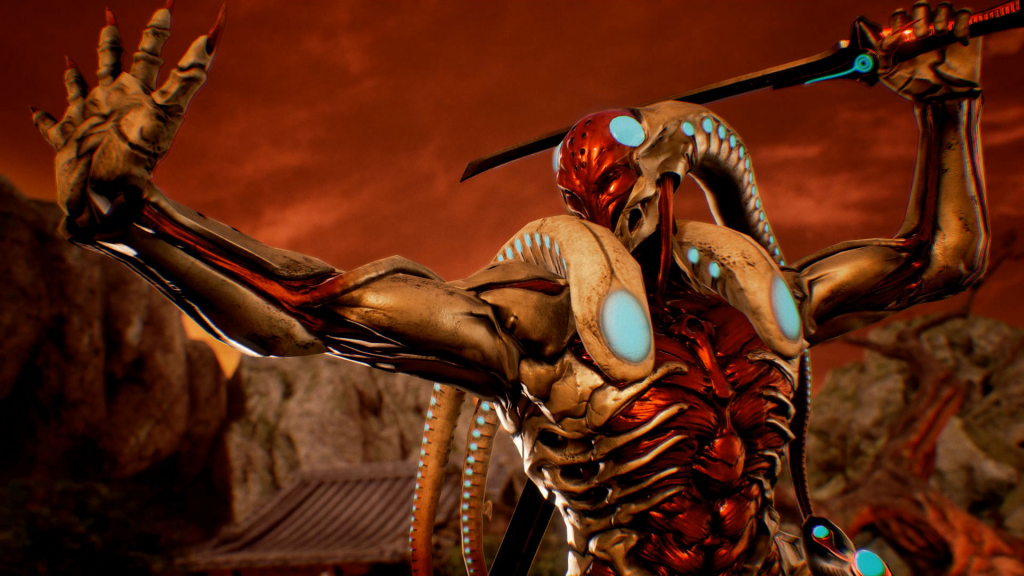 While mastering the wealth of combos each character has will take time, and may leave absolute newcomers a tad daunted, Tekken 7 is still as accessible as previous games have been: you can still dive in using more basic attacks rather than trying to juggle. This is especially important when plenty of gamers will be jumping into multiplayer to compete with pals.

All in all, then, Tekken 7 is a terrific continuation of the series and caters to long-time fans brilliantly, with a sometimes tongue-in-cheek tone and awesome soundtrack. The massive character roster, near-endless customisation, gripping Treasure Battle mode, and updated combat-mechanics offer plenty to enjoy.

What do you think of Tekken 7? Let us know!