2013’s Injustice: Gods Among Us was one of the best games ever made based on DC Comics’ cast of heroes and villains, easily ranking alongside the Arkham series.

It featured fast-paced but accessible brawling, plenty of characters (even before the DLC packs arrived), and oozed faithfulness to the source material. It wasn’t perfect, maybe, but it’s kept fans entertained for four years now.

Finally, the sequel – titled Injustice 2, natch – is here. Was it worth waiting for? 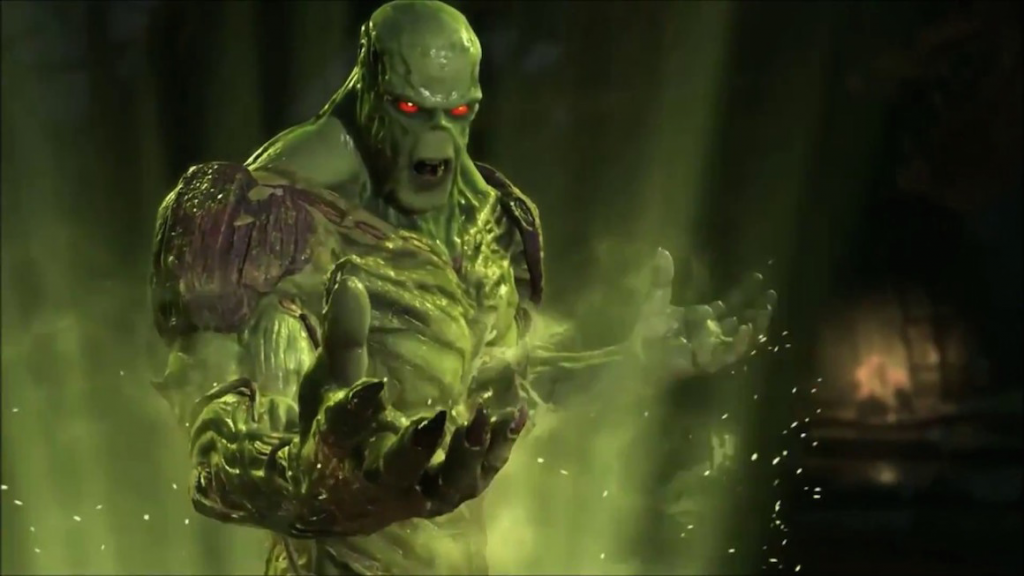 Injustice: Gods Among Us told a bold story about Superman gone bad, pitting heroes and villains alike against one of the strongest beings in the universe. Once again, the story mode in Injustice 2 puts you in control of different characters from one stage to the next, as Batman and pals come up against the villainous Society.

This group of supervillains is led by the hirsute Gorilla Grodd, leaving the heroes with a spot of trouble as they try to rebuild things in the wake of Superman’s dictatorship. That’s as far as we’ll go to avoid any potential spoilers, but it’s another epic plot that gives the game itself some real weight.

Outside of the story mode, Injustice 2 provides plenty of additional content for solo players. One of the most exciting is Multiverse mode, made up of different worlds; each of these has a number of challenges you can try to get your mitts on unique gear and loot. Different planets have different situations and characters, making for a diverse gaming experience.

This is similar to the first game’s S.T.A.R. Labs missions, which added plenty more depth and provided a real challenge. 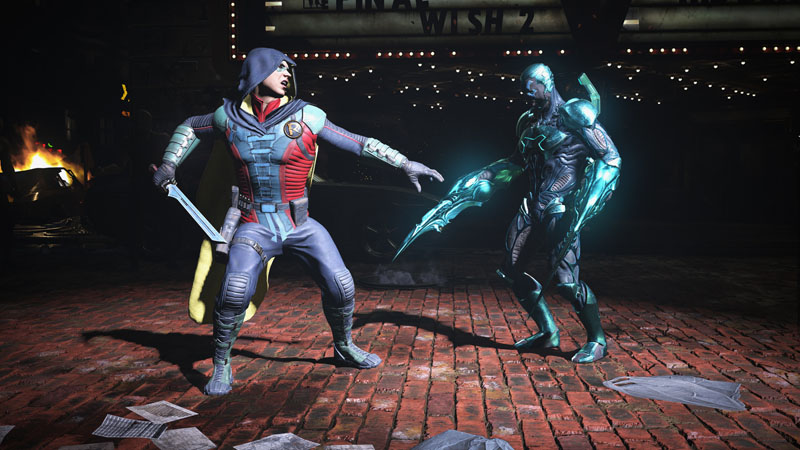 The gear system is a fantastic addition, too. This has echoes of an RPG, with all fights earn you points to spend on boosting your characters’ defence, strength, and other attributes. You can combine gear sets for a bonus, while others lead to different special moves.

One awesome effect of equipping gear is the way it changes your character’s look. This lets you build a hero or villain with a unique design, such as tweaking Superman’s chest-logo or putting a hood on the Scarecrow (who’s voiced by A Nightmare on Elm Street legend Robert Englund!) to make him even creepier.

This means you might equip a character with gear that doesn’t boost their attributes as well as others would, purely because you like the aesthetic. It’s a great system that brings an exciting new dimension to the Injustice experience.

It’s nice to see that NetherRealm Studios has been so innovative in this sequel, genuinely expanding the amount of content and options rather than simply rehashing the original. The mechanics themselves have been improved, with faster walking helping to keep things nice and smooth, while player-versus-player battles are preceded by odds on who’s more likely to win.

You can also use different escapes in combat, too. The air escape lets you break out of juggle combos (which are, as fighting-game fans will know, a pain), and the block escape enables you to interrupt blocked combos to push your enemy away. The roll escape is the most helpful, though – giving you a great way to avoid harm at critical moments.

You’ll need to use the meter burn button for this, which means you can only use escapes and high-powered combos a limited number of times in a fight, and again the meter creates clashes between fighters; you need to basically wager meter bars to win, before landing a powerful hit on your opponent.

The combat may be difficult at times, with higher combos sure to be daunting for less-experienced players, but the character-specific tutorials help you to hone your skills.

Speaking of improvements, we have to talk about how beautiful Injustice 2 is. The visuals themselves are absolutely astounding, with stunning facial expressions, mannerisms, and costumes; backgrounds are also outstanding and dynamic. Scene-transitions make a comeback, letting you hurl enemies from one part of a stage to another in spectacular fashion.

The Good, the Bad, and the Beautifully-Animated 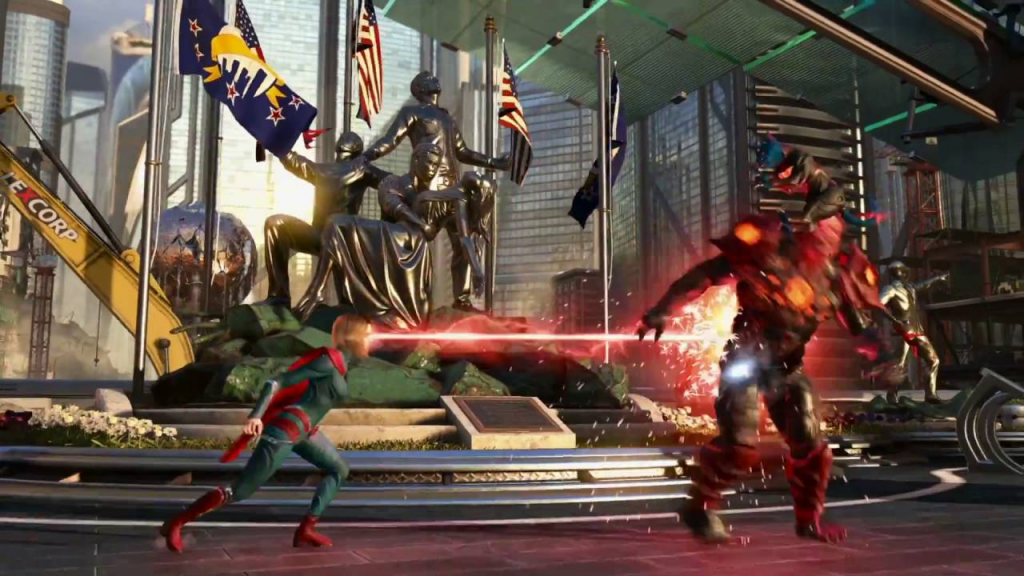 On the character front, the 28-strong roster gives you a nice selection to choose from (more are coming in DLC, too). You can play as returning figures like Batman, Superman, Wonder Woman, Harley Quinn, the Joker (who’s undergone something of a makeover, which will receive a mixed response from gamers to put it mildly), and a few others, but you’ll probably head for the newcomers first.

Poison Ivy, Scarecrow, Supergirl, Swamp Thing, Red Hood, Cheetah, Doctor Fate, Firestorm, Gorilla Grodd, and more bring plenty of freshness to the mix. On a visual level, they all have very different designs, while on a deeper level, their diverse move-sets make you really feel like you’re playing as unique heroes and villains

Even the character select screen is filled with personality: as you browse the roster, fighters appear behind it, rendered massively – and then they attack each other. It’s a small but refreshing addition, helping to enhance the game’s distinctive feel; it also reinforces that some of these characters really, really dislike each other.

The voice-acting’s solid too, with veterans like Tara Strong, Kevin Conroy (of course!), and Grey DeLisle bringing the goods once again.

Without doubt, Injustice 2 is one of the most impressive fighters to come along in some time, and delivers something special for casual & hardcore DC fans alike. Even if you avoid superheroes but love diving into a deep, rewarding fighting game, this is one for you.

What do you think of Injustice 2? Let us know!