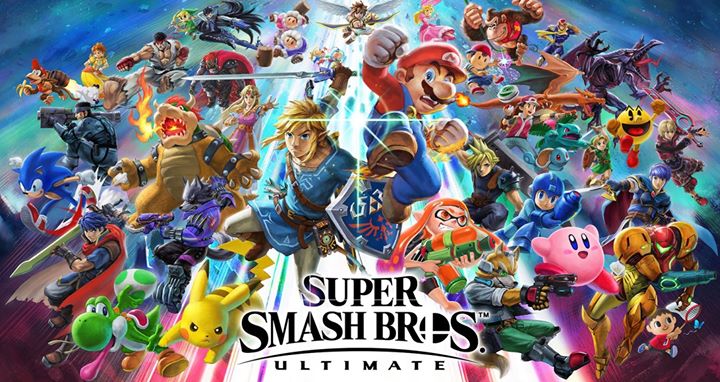 When it comes to iconic game franchises, there are few better than Super Smash Bros. Since the first version back on the N64, Smash Bros has expanded to become the ultimate character brawler. Today, it’s not just Nintendo’s most iconic characters entering the ring. Cloud, Pac-Man, Sonic and Snake are all here too.

Whether you’re a competitive gamer at the top of your game or a newcomer that just wants the fun of 8 player mayhem, Super Smash Bros Ultimate has everything you’ve been waiting for.

So what should you know about the most ambitious crossover since Avengers: Infinity War?

All your favourite Smash Bros characters are here

Super Smash Bros Ultimate’s character roster is mind-blowing. The sheer variety of characters will leave you really struggling to pick a favourite. There are light and nimble favourites like Pikachu, alongside heavyweight newcomers like King K. Rool.

There are 74 characters (depending on how you count them), but you’ll start with just the original line-up from the N64. It’s then up to you to unlock them all!

Battle it out across all new stages

It’s not just a huge range of characters this time around. Super Smash Bros Ultimate will also see you battling it out across the biggest number of stages yet. There’s huge variety, so whether you’re a Final Destination purist, or prefer the wackier side of things, there’s something for you. As before, all stages can also be played in a less cluttered Omega form too.

The latest instalment will have you smashing your way across stages from the greatest franchises from Nintendo (and beyond). Where else can you battle in places as diverse as Warioware levels, or Fire Emblem castles, or Pokemon arenas?

Super Smash Bros Ultimate introduces an all-new single-player mode called Spirits. It’s a little bit of a hybrid between Subspace Emissary and the Classic Mode for Melee. When all of Nintendo’s characters are turned into Spirits, it’s up to Kirby to save the day, one hero at a time.

In Spirits, you work your way across worlds, battling augmented versions of Smash Bros’ fighters. The way that they’ve been changed depends on the Spirit they’re embodying – expect some fun surprises as you make your way across the world to save the day. You then use Spirits to upgrade your character and get special abilities. Resistance to fire? The ability to block out the wind? All useful to have as you make your way through Spirits.

Super Smash Bros Ultimate is jam-packed with features. We could go on for days, but we’ll let you discover some of these surprises for yourself.

You can get your download code from our store now.

What character will you be playing as first? Let us know in the comments below.