For all of its lush visuals, authentic atmosphere, and irresistible ‘pew pew’ sound effects, 2015’s Star Wars Battlefront was pretty divisive. While plenty of fans lapped it up, others may have found it a tad lacking in certain areas; the absence of a single-player campaign and prequel-era content proved particularly controversial.

Still, a sequel was inevitable, and EA covered it at Star Wars Celebration earlier this month. With Star Wars-fever higher than ever, following Rogue One’s success and the arrival of The Last Jedi’s mouth-watering trailer, there’s a huge appetite for more Battlefront out there.

The teaser for Star Wars Battlefront II, and the subsequent revelations, offer lots to be excited about, but there’s still plenty to speculate upon before we get more details. Like many of you, we’ve got our own wish list – let’s check out what we know and what we want to see … 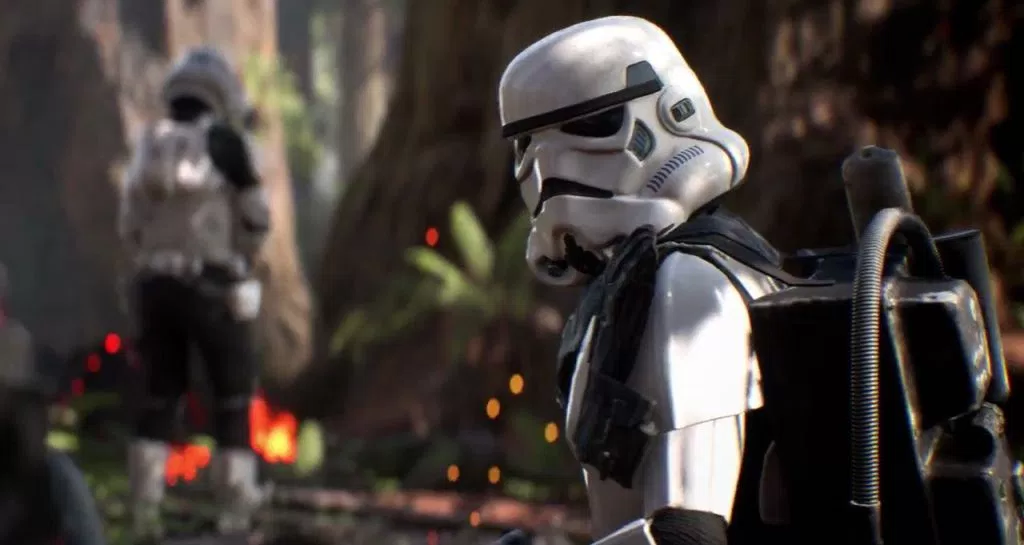 It’s been confirmed that prequel characters will appear in the game, which means iconic planets from episodes I – III will feature too.

In the previous Battlefront games (those from 2004 & 2005, as well as the PSP spin-offs), some of the best locations came from the prequel era. In the second game especially, battling on the volcanic Mustafar was a blast, while Kashyyyk, Kamino, and Geonosis made for great battlefields too. Facing off in the Jedi Temple on Coruscant was a highlight, too.

We hope DICE include these, as well as others. While it’s always great to play on Hoth and Endor, the prequel era provides more diverse terrains to play with. In 2015’s game, DICE assumed fans would only be interested in the original trilogy’s worlds, which might have been the case for a portion of players, but nobody can deny that the prequels brought some terrific locations to the universe.

Imagine sprinting across Geonosis alongside dozens of clone troopers or facing off against droidekas on a rain-soaked Kamino with cutting-edge visuals. We also want to see locations from The Force Awakens thrown in, and content from The Last Jedi has already been announced as a pre-order bonus (we’d assume this will include exclusive locations from the movie, if not immediately).

Sure, this sounds like we’re after dozens of planets, but we’re not (though that’d be awesome!). Just a nice, diverse mix representing the Star Wars universe’s various eras. After all, Pandemic Studios did this brilliantly in their Battlefront games. 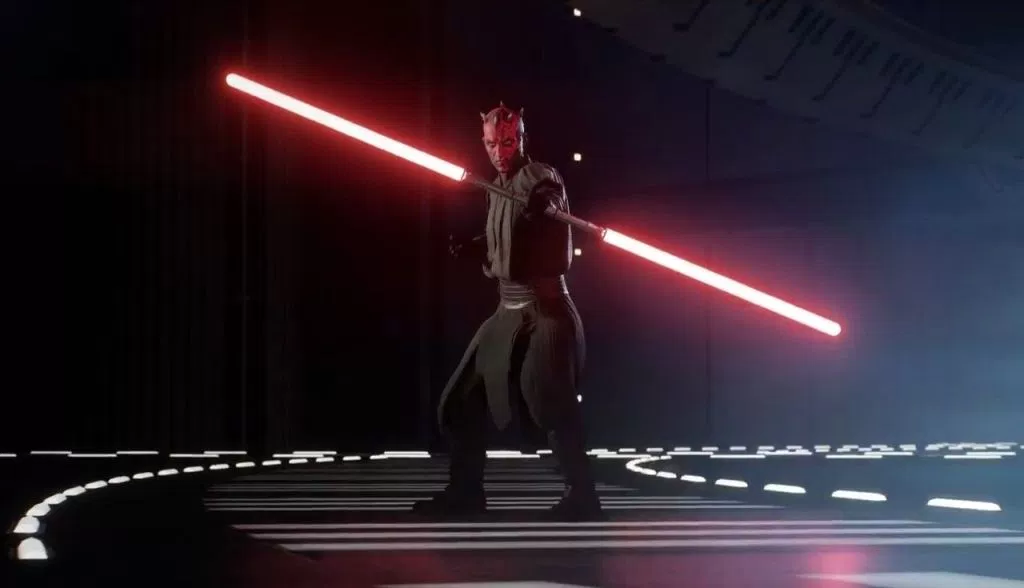 Without any content from the prequel era, Star Wars Battlefront obviously left its fair share of characters out.

No The Phantom Menace, no Darth Maul. No Attack of the Clones, no Jango Fett. No Revenge of the Sith, no General Grievous. And that’s just a few – we also had no young Obi-Wan Kenobi, no Qui-Gon Jinn, Aayla Secura, Commander Cody, Padme, Anakin Skywalker, and however many others.

On top of this, there were no clone troopers. Aside from being the natural predecessors to Imperial stormtroopers, the clones just look awesome, even in those games from over a decade ago. Likewise, having the Separatist droid army available to play as would bring a completely new flavour to the rebooted Star Wars Battlefront experience.

The official teaser EA released at Star Wars Celebration showed both Rey and Kylo Ren, two of the newest and most popular characters, so it’ll be great to have them in the heroes and villains roster. It’s highly likely these will only be playable outside the campaign mode, though it’s believed Luke Skywalker will be available to play during it.

It’s pretty much a shoe-in that old favourites like Han Solo, Princess / General Leia, Darth Vader, Boba Fett, and Emperor Palpatine will show up too. Again, as with the maps, it’d be great to see some diversity thrown in, mixing classic and new characters alike. We all know EA will hold some back for DLC too, but we’d love to have an extensive roster straight out of the box.

Before we get to the heart of this item on our wishlist, let’s take a look at the game’s storyline for more context.

While it’d be easy to just cast players as a rebel soldier or as different hero characters, we’ll instead get to enjoy an all-new story told from the other side.

You’ll step into the spit-polished boots of one Iden Versio, a member of the Imperial’s Inferno Squad, who was raised to follow the Empire. Versio, a TIE Fighter pilot, witnessed the second Death Star’s explosive destruction from Endor, and vowed to bring the troublemaking Rebellion down in revenge.

Straight away, we’re in uncharted territory. While the Empire are obviously the bad guys, Star Wars Battlefront II looks set to delve into the psychology of Imperial grunts, exploring their drives and beliefs. Rather than the Rebellion being saviours and freedom-fighters, they’re instead seen as a rabble of reckless individuals fighting against order.

Star Wars Battlefront II starts right where Return of the Jedi left off, and apparently leads up to The Force Awakens, no doubt chronicling the rise of the First Order. The Inferno Squad are set to appear in a new Star Wars novel later this year, too, which means the game’s plot is truly canonical.

Star Wars Battlefront II’s campaign mode will show the galactic conflict from an alternate perspective, which means it should be more gripping, unpredictable, and ultimately rewarding to play through than a ‘safer’ plot would have been.

This takes us into the next thing on our wish list – massive, atmospheric space battles that feel important.

Being a TIE Fighter pilot, Versio’s dogfighting skills make space battles an obvious addition to the narrative, and they’ll no doubt feature in the campaign. While multiplayer space battles are hard to give much weight to, those contained within the campaign mode should feel vital and urgent; we want to believe our actions matter, and that we’re a valuable member of a dedicated team working towards a shared goal.

In multiplayer, ideally, you should be able to play as different pilots with varied skills. One could be better at facing hordes of airborne enemies, with all the evasive skills needed, while another might have a stronger grasp of sneaking aboard enemy ships for a touch of sabotage.

2005’s Star Wars: Battlefront II had terrific space battles, and those in the campaign felt pretty epic. With the latest consoles’ power, let’s hope the new game’s space combat is all it should be.

Multiplayer will be a major part of Star Wars Battlefront II, giving you the chance to fight across multiple eras of the universe and play as their respective characters. Space battles will apparently let as many as 24 different players fight it out amongst the stars, with more powerful ships designed to feature like ‘hero’ characters themselves.

Speaking of heroes, special characters like Rey, Kylo Ren, and Luke Skywalker will be a little deeper this time around, with some element of customisation / upgrades to play with. With more diverse locations and characters, it may be safe to assume we’ll get more multiplayer game modes too, giving you plenty of incentive to play for longer.

This is what we’d really like to see, anyway. Everything from endless survival modes to Jedi versus Sith and even capture the flag-based space battles should be available, with perhaps a dozen different options. If EA and DICE want fans to stay invested in Star Wars Battlefront II for months and years to come, this would be an effective tactic.

Even better, mode-creation would be fantastic, letting you tweak and refine multiplayer experiences from scratch. Not just choosing the number of players or selecting your loadout, but going far deeper: imagine being able to build your own maps, create new characters, and equip standard grunts with lightsabers and Force abilities. There’s huge potential to play around with – it’s a big universe, after all.