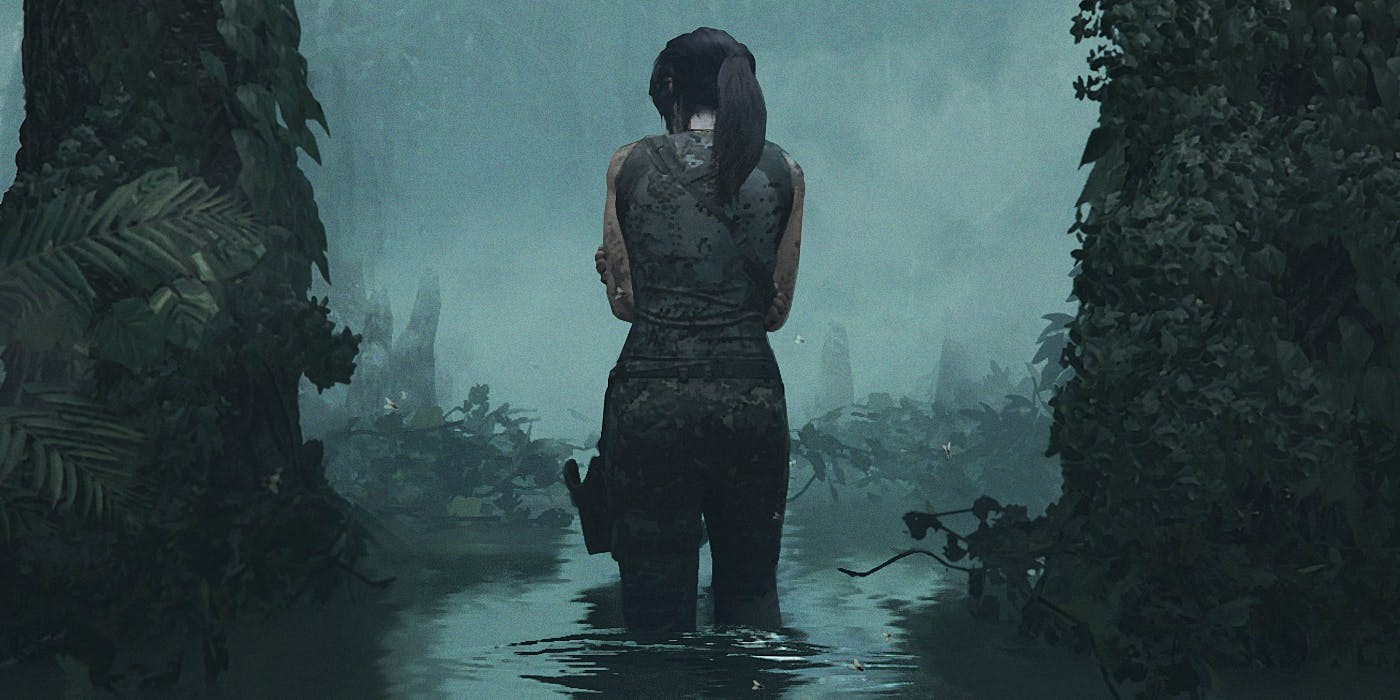 Lara Croft has been on a roll since the franchise was rebooted in 2013. Tomb Raider and Rise of the Tomb Raider were two of the best games released in the past 5 years. This Friday on the 14th, the epic saga continues with the release of its finale: Shadow of the Tomb Raider.

The Final Chapter of the Rebooted Series

The basic plot of Shadow of the Tomb Raider is that everything wants to kill you and you have to try and survive. And trying to survive has never been this fun.

This third part of the adventure picks up right after the events of the last game (Rise of the Tomb Raider), and right after Lara stole a sacred dagger that accidentally set in motion a Mayan apocalypse scenario that will eventually destroy the world unless you can stop it.

Your journey will put you up against unforgiving Peruvian jungle environments, the dangers of underwater caverns, and deadly puzzles deep in the hearts of ancient tombs. And, as if that wasn’t enough to deal with, there’s an evil paramilitary organization that wants to take advantage of this doomsday scenario in order to control the world.

Shadow of the Tomb Raider was one of the games chosen to show off the power of Nvidia’s brand new upcoming graphics cards. Playing the game will say a thousand words, but that should tell you a lot. And you can expect the same amazing visuals on the console versions as well. If you’re planning to play Shadow of the Tomb Raider on an Xbox One X you can look forward to 4k HDR support and also a “high frame rate” setting.

Shadow of the Tomb Raider will take you to some of the most intriguing and exotic locations ever presented in the franchise, and they’ll look better than ever too.

A World More Immersive than Ever

Lara Croft is an archaeologist who is caught up in confrontations and cultures beyond her comprehension. As we mentioned earlier, this whole mess that the world’s in, the whole apocalypse scenario thing you’re trying to fix, this was all Lara’s fault. She’s the one who decided to steal the sacred dagger that set it all in motion. There are reasons for her doing so (I won’t spoil why), but this issue of how Croft fits into the world, and whether she is doing more harm than good, comes up a lot and adds to the depth of the gameplay.

You’ll get to explore Peru, both ancient and modern, through the people you encounter on your main and side quests. Every character you interact with, and every tomb you explore has a story to tell.

You Decide the Type of Adventurer You Want to Be

The world of Shadow of the Tomb Raider is massive, and it’s divided up into three main areas. Your campfires will allow you to travel between these areas, and will also allow you to decide what kind of adventurer you want to be by upgrading your choice of three different skill paths:

Upgrading this will allow you to find more crafting materials, and improve your survival instincts to be better aware of your environments. This type of adventurer can do things like reveal traps, or automatically target the heart of an animal when hunting.

Building this skill path will make Croft better at stealth kills, upgrade her swim speed, or enhance the potency of her ammunition.

It might be obvious, but this type of adventurer will be adept in combat, and will be capable of matrix-style arrow shooting that hits multiple targets at once!

In addition, you can craft new items and upgrade your old ones from materials you gather from the plants and animals you encounter.

Exploring Is Just As Fun As the Main Quest

In Shadow of the Tomb Raider the world around you feels more alive and unpredictable than ever before. Every diverse location in the world is designed for you to try and find the secret it’s hiding. You never know what might be at the bottom of a flooded cavern, or what may be waiting for you in the tallest spire of a crumbling temple. These side-adventures are always gratifying, and are worth the cost of the game on their own.

Get Even More When You Pre-Order

The game doesn’t fully release until the 14th, but if you pre-order the Deluxe Edition you’ll get to play it 2 days before everyone else! And if you go with the Croft Edition, you’ll not only get the game early, but also a season pass to all of the DLC coming your way. We have all of these versions on sale now in our webstore, so hurry up and take a look before they sell out!

And if you’re interested in playing Tomb Raider and Rise of the Tomb Raider first, you can find those for super cheap in our webstore too– just follow those links!

Have you played any other Tomb Raider games before this one? Which one is the best, and are you planning to pick up Shadow of the Tomb Raider?