While Sega has released some of its classic games on Android and iOS in the past few years, the brand new Sega Forever project is set to bring many, many more retro titles to mobile devices in the future.

To start with, the Sega Forever banner includes Sonic the Hedgehog (which has been available for a while), Comix Zone, Kid Chameleon, Altered Beast, and Phantasy Star II. However, while Sega has previously charged (modestly, to be fair) for Sonic, this new run of releases are available for free.

Yes, free! However, there are occasional ads (which don’t appear to interrupt gameplay whatsoever), or you can pay a small fee (£1.99 / $1.99) to go ad-free. It’s an incredibly generous move, and what makes it even more exciting is Sega’s apparent plans to explore their back catalogue beyond these major games.

It’s been said that Master System, Dreamcast, and Saturn classics may all appear at some point in the near future, although emulating or porting these to a standard Sega’s happy with might take some time.

As it is, though, we can expect new games every two weeks. While emulation apps have been available for mobile devices for some time, it’s terrific to see Sega make a real effort to offer access to their collection in an official way; this is also a fantastic way to update old titles, providing a nostalgic experience for those of us who played them first time around while offering younger gamers the chance to explore the medium’s evolution.

While upcoming releases haven’t been confirmed, it’s fair to assume we’ll get certain well-loved games for the Genesis to start with – but which do we really want to see brought to Sega Forever? 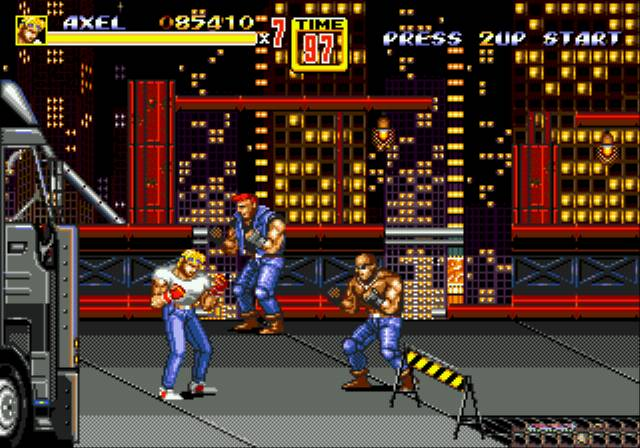 This goes without saying, right?

The Streets of Rage games still have a big fan base today, with some division over whether the first or second should be classed as the best (the third’s still a lot of fun, but doesn’t quite have the same magic).

The first Streets of Rage is the simplest, with just three characters (Axel, Blaze, and Adam) and a more limited set of moves. The second, of course, introduced two new heroes (Skate and Max), as well as more moves and better graphics.

Streets of Rage 3 added a bit too much, which took away from the beautiful simplicity a tad, but is still a hoot.

It’s pretty much a shoe-in that Sega Forever will bring at least one Streets of Rage game to mobiles soon. Fingers crossed we get all three, though. 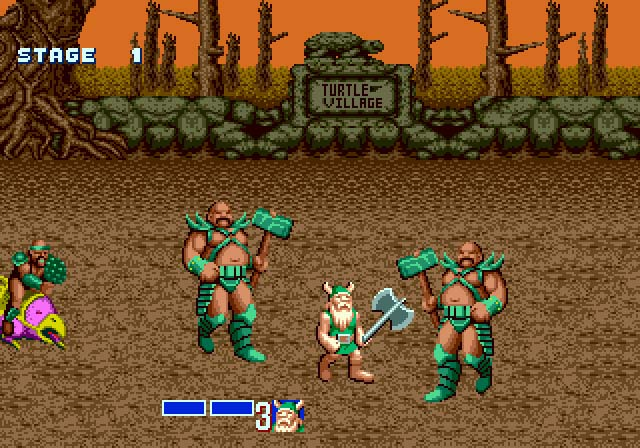 Like Streets of Rage, Golden Axe is one of the most beloved Genesis / Mega Drive games. Set in a world of Conan-esque muscular heroes in the classic Fantasy mould, Golden Axe featured hack-and-slash action, as well as the ability to cast spells and ride various creatures.

While Golden Axe II was pretty popular, some players and critics felt it was just a rushed rehash of the original, while Golden Axe III was only released in Japan (and wasn’t too well-liked either). It eventually got an official Western release on the Virtual Console.

While it’s possible Golden Axe II and III might show up as part of the Sega Forever catalogue, it may well be only the first game that’s all but guaranteed a release. It’s an ideal game to dip into in bite-size portions, and stands up to multiple replays, so should work beautifully on mobiles. 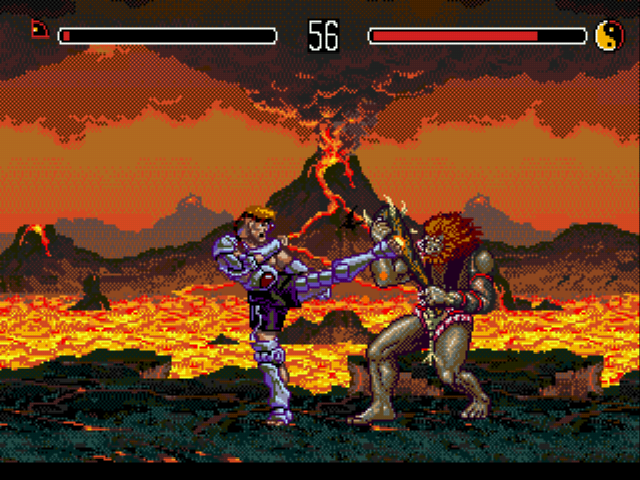 Sega’s Eternal Champions is a 2D brawler with a colourful cast of characters from across time. There’s Slash, a Neanderthal; Shadow, an assassin with an impractical outfit; Xavier, a badass alchemist; Blade, a futuristic bounty hunter; Midknight, a vampire; and Rax, a cyborg.

Released as an in-house competitor to the likes of Street Fighter II and Mortal Kombat, Eternal Champions didn’t go on to become anywhere near as iconic, though we did get a sequel (for the Sega CD) and a couple of spin-offs.

Sure, it’s pretty difficult when you first dive in, and the original audience was divided big time, but as Sega’s attempt to compete with two of the biggest 2D brawlers ever, it would fit nicely into the Sega Forever line-up. 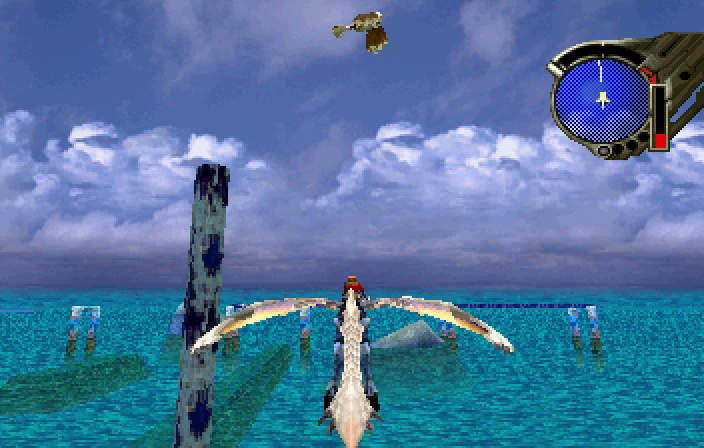 This Sega Saturn classic departed from the previous Panzer Dragoon games: as an RPG rather than an on-rails shooter, it gives you more freedom to explore its beautiful world. While you still spend much of the game flying on the back of your own dragon, you also get to travel on-foot throughout.

Not only was this a stunning game at the time, its gameplay was heavily praised, and it’s viewed by plenty of Saturn devotees as the console’s best title. A mobile release under the Sega Forever banner won’t be heading our way anytime soon, but it’s bound to show up in the near future.

Making the game available via both iOS and Android would also help the game reach the wider audience some feel it was denied on its initial release. 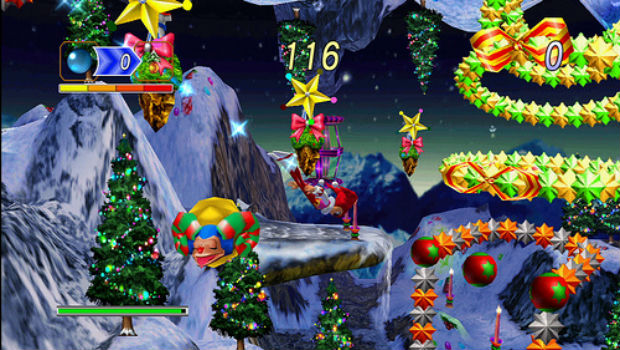 Like Panzer Dragoon Saga, Nights into Dreams is regarded as one of Sega’s true masterpieces. Set in a gorgeous, imaginative dream world, Nightopia, this is primarily a flight-based game, with a fast pace, lush graphics, and a unique feel.

This would work beautifully on mobile devices, and we’d hope to see the Christmas spin-off, Christmas Nights into Dreams, bundled with it. 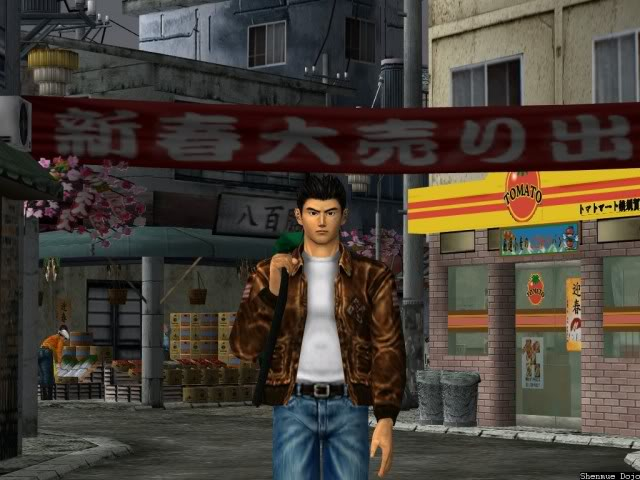 Bringing one of the most unique games ever made to Sega Forever makes absolute sense, especially with the long-awaited third game in development, but it won’t be easy. The game’s absolutely vast, allowing you to basically live a full virtual life outside of the narrative. You can easily slip into this game and lose hours of your own existence … without feeling bad about it.

We wouldn’t expect this anytime soon, but Sega must surely be working on it. 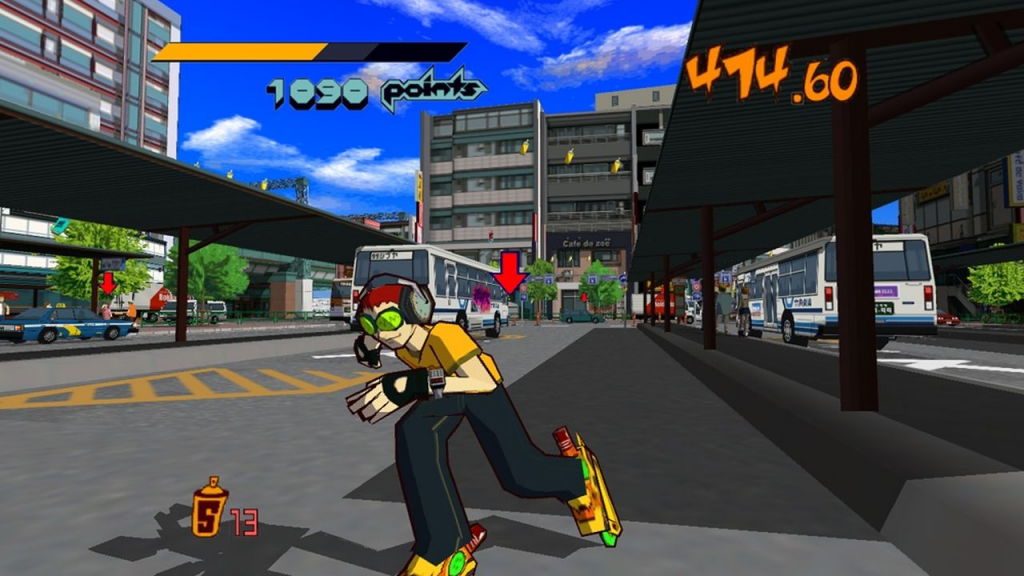 A mobile version of Jet Set Radio had been available for Android and iOS, but was pulled some time ago due to technical issues.

This game is another testament to the sheer creativity Sega was once capable of. Developed by Sega’s Smilebit studio, Jet Set Radio sees you controlling a rollerblading teenager in Tokyo, with your main goals being to spread graffiti and keep away from the cops.

Jet Set Radio was a big deal at the time for its unusual cel-shaded graphics, which gave it a unique look; the gameplay itself is fluid, relaxing, and plenty of fun. A HD version was released a few years back, and it looks absolutely incredible.

Which Sega classics do you want to see released as part of Sega Forever? Let us know!