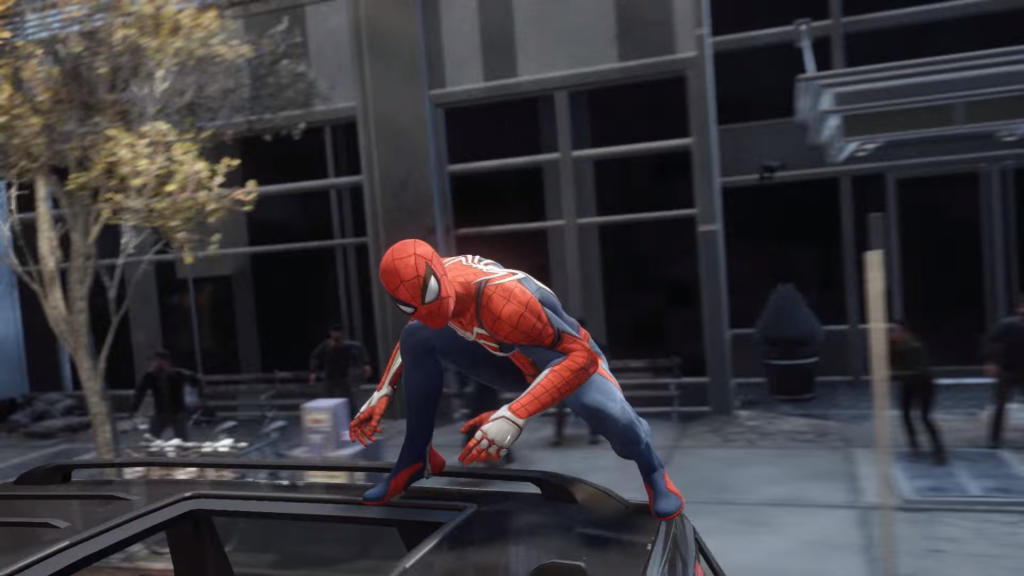 When Insomniac Games presented their forthcoming Spider-Man game at E3, it looked just as beautiful and exciting as we’d expected.

This is a team with real credibility, and the footage shown during their E3 slot gives casual and hardcore Spider-Man fans alike plenty to look forward to. Insomniac Games has already cited Rocksteady’s formidable Arkham games as a major influence, if not in the tone and style, in the way they redefined what a Batman game could be.

Could this be revolutionary enough to be Spidey’s own Arkham Asylum? Obviously, it’s not taking place in a claustrophobic hellhole filled with some of the world’s most depraved, evil people, but it looks to have Rocksteady’s approach at its core: just as they created the best, most truest Batman game we’d seen (up until that point, of course), Insomniac look to have done the same with everyone’s favourite web-slinger.

Let’s take a look at what we know about Insomniac’s upcoming release to date, and why it could be the Spider-Man video game we’ve been waiting for …

You Play as an Experienced Spider-Man 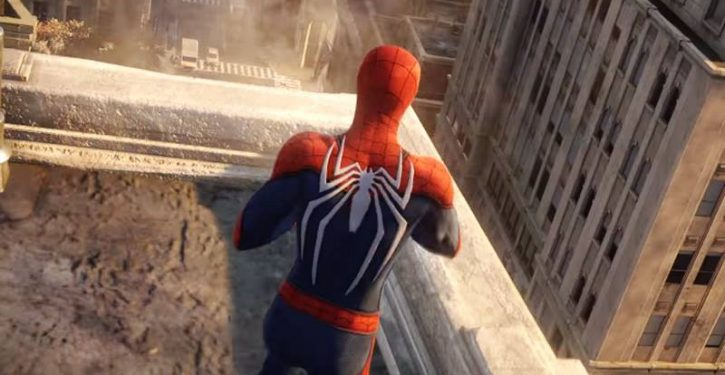 Though Spider-Man’s voice may sound somewhat young in the footage we’ve seen already, Insomniac Games have already confirmed you’ll get to play as a Peter Parker who’s more experienced than he has been in some of the other major Spider-Man games we’ve had – especially those based on the movies.

2004’s legendary Spider-Man 2, based on Sam Raimi’s second movie, starred a Peter in his early years, as did those games based on Andrew Garfield’s stint as the character. Let’s not forget the Ultimate Spider-Man game from 2005 either, which also cast you as a teenage web-slinger.

Making Peter older in their new game is a nice move by Insomniac, and it also shows how much freedom they’ve been given – if they were facing pressure from Marvel and Sony to tie the game into Spider-Man: Homecoming, we’d be playing as a teenager once more.

With age comes experience and wisdom, so we hope we get to see a Spider-Man who’s familiar with many of the city’s villains and able to handle almost any situation thrown his way. This is implied in the gameplay we’ve seen, given the way in which he speaks to the Kingpin, and would help to make this feel like it takes place in an established world.

After all, this worked wonders for the Arkham series …

You’ll Care More About Peter Parker than in Previous Games 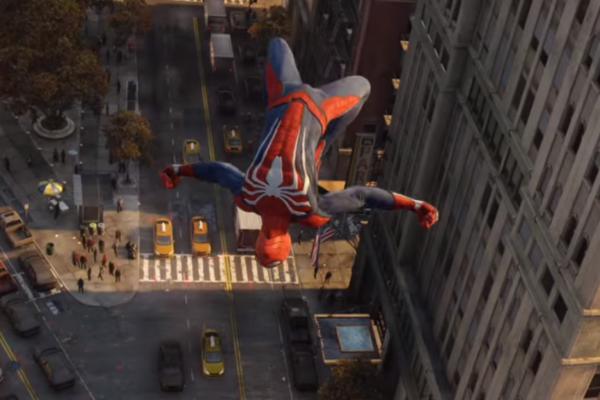 Making the player care about Peter Parker is another area Insomniac’s covered when bigging their new game up, and it’s reassuring to hear.

With a character as iconic as Spider-Man, it’s easy to simply expect the player to feel a connection with him because, well, most of us know so much about him already. However, that’s something of a lazy approach, and can lead to a hollow experience. Of all the Spider-Man games you’ve played, how much have you really cared what happens to the character beyond feeling annoyed when his deaths force you to start a mission again?

Arkham Asylum was the first game to really make you care about Batman, but to be fair, that was written by Paul Dini – a man who may know the character better than any other writer on the planet. Throw in Kevin Conroy on vocal duties and give him Mark Hamill’s Joker to bounce off, and you have a combustible mix.

Insomniac Games can help to make their Spider-Man game the best (or, at least, a contender for the title) by giving us reasons to care for Peter Parker. Yes, we feel an instant link to him already because of all the comics, movies, cartoons, and other games we may have consumed – but make us love him so much we feel real motivation to keep playing hour after hour. 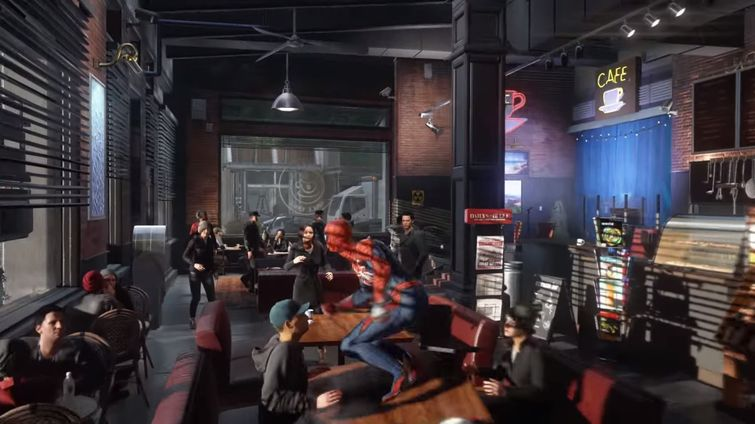 Without doubt, the New York City we saw in the E3 footage was absolutely beautiful. The architecture, the traffic, and the people on the street all help to make you feel you’re watching something really special – just check out all those yellow cabs and water towers!

In previous games, you’ve had pedestrians throwing comments or criticisms Spider-Man’s way as he swings past them, and vehicles flowing along roads, but the PS4’s hardware looks like it’s powering a more organic, dynamic New York City than we’ve ever seen.

Just watch that helicopter sequence again, in which Spidey swings through one street after another while the chopper’s cargo tears through buildings and water towers. While it’s all scripted, it looks as if the damage is a natural result of two objects colliding – it doesn’t feel signposted.

Let’s hope we get to engage with people on the street, explore many different interiors, and truly feel as if we’re part of a living, breathing city. 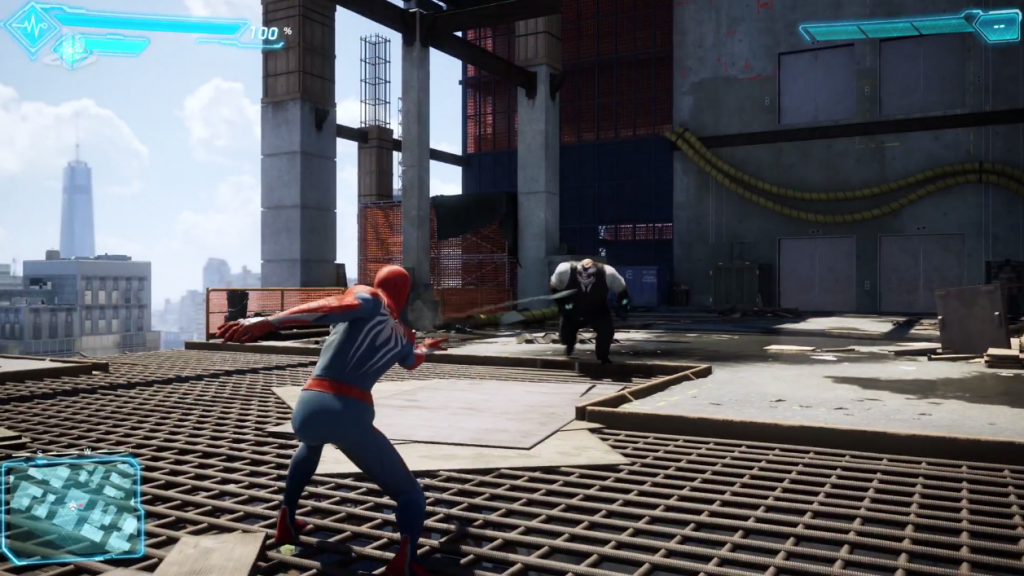 Just as Arkham Asylum made us feel like we were truly stepping into Batman’s boots every time we took a crowd of goons down (something the subsequent games made even better), Insomniac’s Spider-Man looks like it might pull off the same sense of immersion.

One of the most impressive aspects of the combat and movement in the E3 footage is the way Spider-Man interacts with his environment during fights. Being able to pull a girder into an enemy is simple, but it helps to make Spidey feel as if he’s really there, as part of his world.

Spider-Man’s stunning flips, jumps, and swings all show a sense of fluidity we haven’t seen before. Travelling through environments and taking thugs down appears to be extremely intuitive – you don’t see Spidey come to a dead stop when he encounters a small obstacle, for example. The way he charges through that office as it explodes and collapses is stunning, and seems to capture Spider-Man’s physicality better than any developer has yet.

The web-swinging itself is also physics-based, displaying a real sense of momentum and gravitational effects; it’ll take a lot to make swinging across the city feel fresh and new after we’ve done it so many times, but if it’s possible, it looks like Insomniac Games might just pull it off.

What are you most excited to see in Insomniac’s Spider-Man game? Let us know!