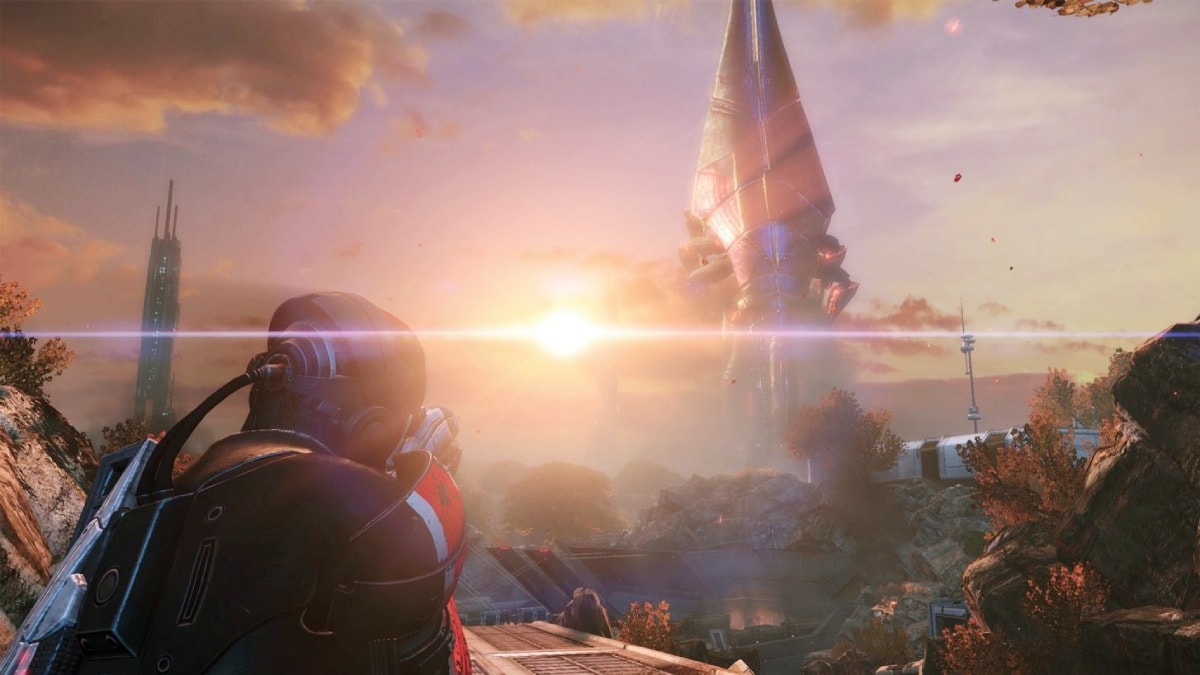 Mass Effect Legendary Edition is out now for PS4, Xbox One, and PC (on Origin or Steam). This remastered and updated bundle includes the entire trilogy and almost all of the original DLC in one ultimate RPG experience.

Read on for a look at everything new and improved, and grab your copy at a discounted price from the CDKeys store.

If you have no idea what we’re talking about, well then you’re the envy of many, many people who wish they could delete their memories and play this legendary RPG trilogy for the first time again. And for those of you returning to the series, you can look forward to a stunningly reworked game featuring enhanced visuals (up to 4k HD supported). Not to mention revamped textures, models, and other modern graphic improvements (including an updated UI).

Mass Effect Legendary Edition includes all of the single-player content from all three of the original games, along with all of your favorite promo weapons, armor, cosmetic packs, and story DLC. That’s over 40 pieces of bonus content on top of the base games; all bearing the same visual and mechanical enhancements.

Check out the trailer above for a side-by-side comparison of the “stunning environmental, character, and visual effects improvements waiting for you” in Mass Effect Legendary Edition. Finally, check out the round-up of features below for more reasons why this is now the best way to play one of the greatest RPG series of all time:

Play through the single-player base content and over 40 DLC from all three games, including promo weapons, armors, and packs.

Remastered for a New Generation

Experience the trilogy in 4K Ultra HD with enhanced performance, visuals, and graphics, all available in HDR.

Visual Improvements on All 3 Games

With improved hair, makeup, eye color and skin tones you can create your Shepard in a unified character creator with all options available across the full trilogy. Or, choose to play as the iconic Femshep from Mass Effect 3 now available in all titles.

Each decision you make will control the outcome of every mission, every relationship, every battle — and even the fate of the galaxy itself.