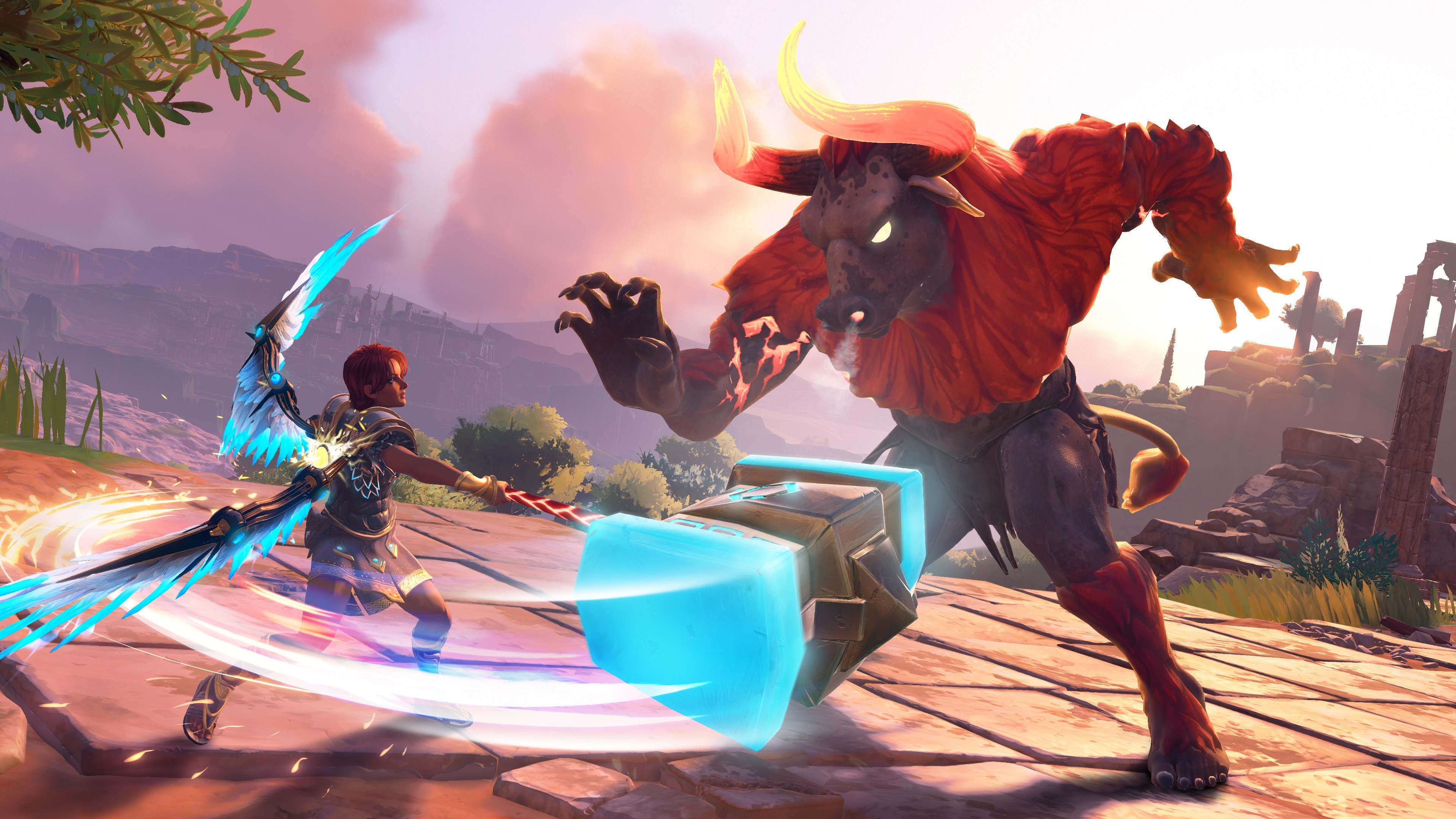 Known as “Gods and Monsters” when it was first announced, Immortals Fenyx Rising has finally arrived for consoles and PC. Some of the same team behind Assassin’s Creed Odyssey worked on this new Ubisoft-published title, and it’s easy to tell from the gameplay, story, and fantastically detailed open world.

Save BIG on Your Copy for Xbox Series X|S

It’s undeniable that Ubisoft’s new game has been influenced by the critically-acclaimed (and generally revered) The Legend of Zelda: Breath of the Wild. But how does Immortals truly stack up against this legendary Nintendo title? Well, according to PC Gamer, it’s

“The closest thing we have to Zelda on PC at the moment.”

…And you could say the same for other non-Nintendo consoles too. The “combat is dramatic and fast-paced,” the review goes on to explain; and Immortals as a whole is “an infectious entry, a great sense of humor, and a world that is full of colour and life”. Quite simply, Immortals Fenyx Rising “is easy to like”.

The massive open world of Immortals Fenyx Rising is more than just gorgeous to look at. There so much to do, explore, and uncover, and a main storyline of mythical proportions to complete. Here’s a preview of the gameplay you can look forward to in Immortals:

Looking for more new games to play? Check out our list of the 5 best releases in December.