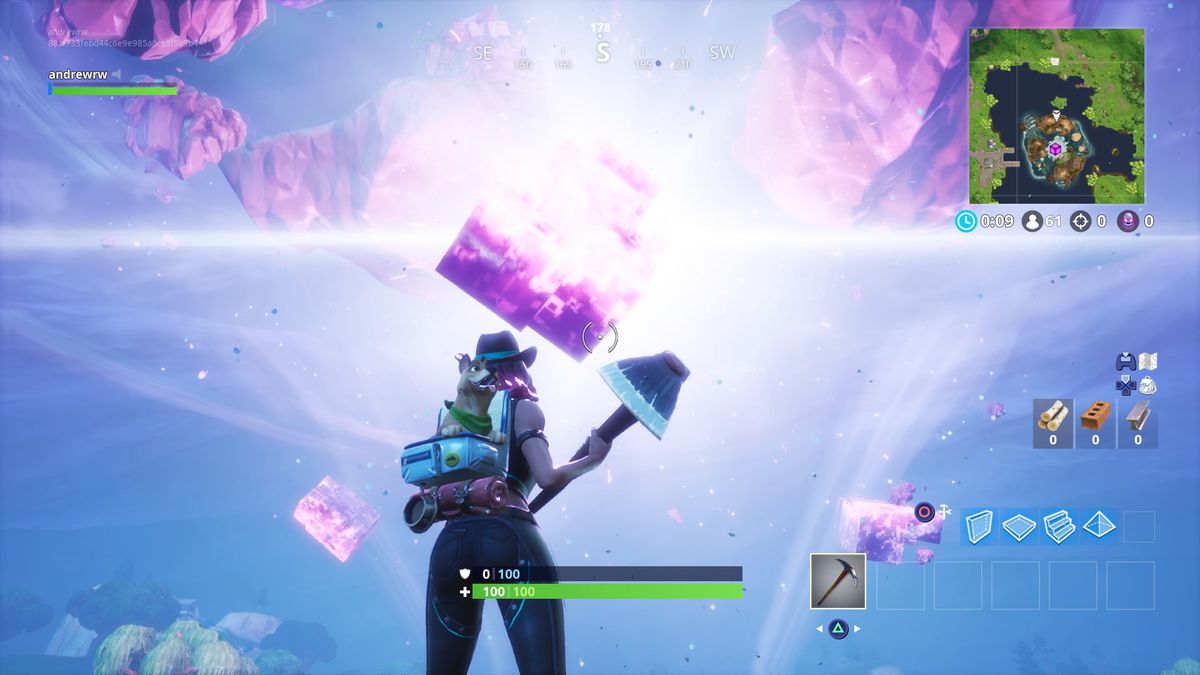 Fortnitemares is over. The limited time event ended with a bang that took “Kevin” the purple cube with it.

In a one-time-only event on Sunday, over a million Fortnite players tuned in to watch a brand new development in the ever-changing map. The mysterious giant cube that had been fascinating players for months (and had also been affectionately named “Kevin”) made its last and final transformation.

First, the cube began to drip into the murky version of what used to be Loot Lake. Next, it began to spin faster and faster, pulsating with a steadily increasing white glow. Eventually, both the cube and the entire map was transformed into a twinkling white realm. Every player hovered there for about a minute as a crystalline butterfly floated around… and then all of a sudden we were dropping in again– to a totally changed map!

If you missed it live, you can always check out video of all the action. Watch Ninja’s reaction in the Tweet below.

The Fortnite Map Has Changed Again

When you load up Fortnite next, you’ll see that the Loot Lake / Leaky Lake area has once again transformed. The floating island and the cube are gone, and there is now a cluster of smaller islands in their place. On these islands is basically a Stonehenge-like formation made of cube fragments.

The spookiness of the past few weeks is gone, the map is cleaner and brighter feeling, and there’s even a rainbow in the distance!

We’re sure there are more changes to discover as we get out there and experience it for our selves, but that’s all we know for now.

Have you noticed anything else new about the Fortnite map? Let us know in the comments below and we’ll add it to this blog post!