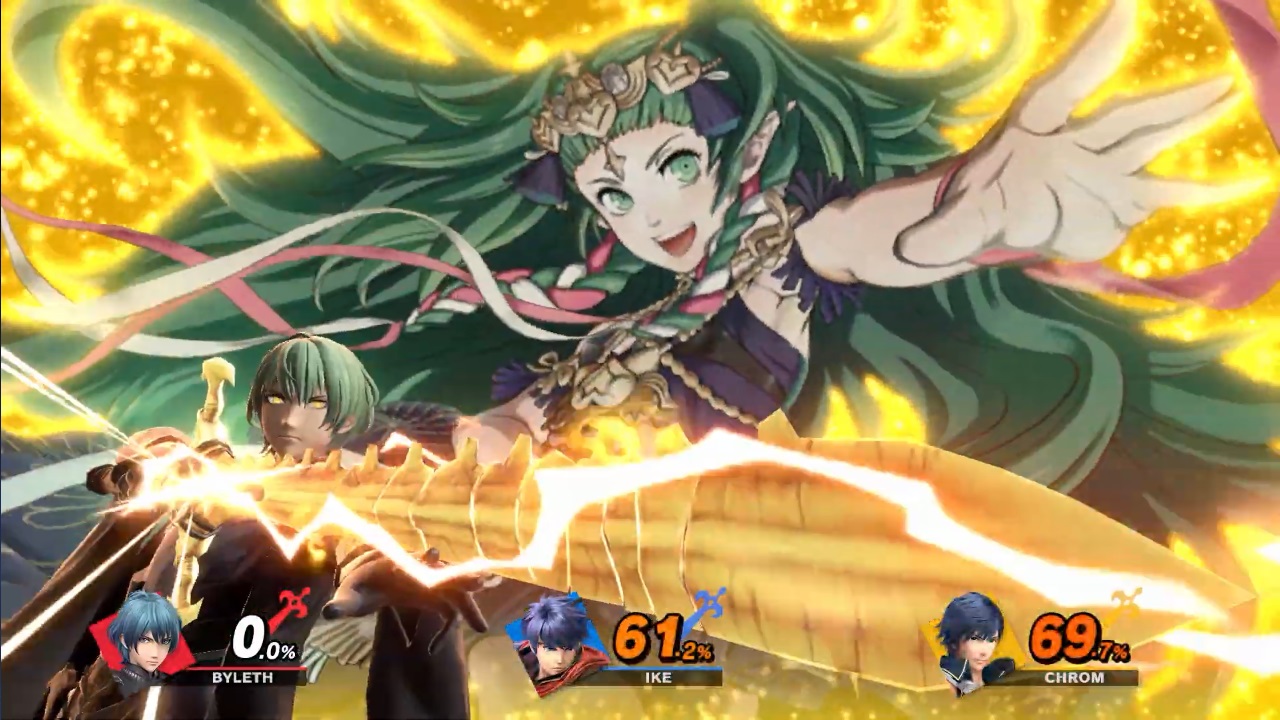 A new foe has appeared! Byleth is the sixth DLC character now available in Super Smash Bros. Ultimate via the Ultimate Fighter Pass. This Fire Emblem: Three Houses protagonist is playable in either their male or female form and packs a powerful set of abilities that you’re going to want to try for yourself. Grab the Fighter Pass via the link below, and read on to find out more about Byleth.

Get Every New Character with the Ultimate Fighter Pass

Byleth Is a Beast

Byleth uses multiple long reaching weapons to “zone out” opponents, yet still possess a decent amount of mobility. The result is a fighter that game director Masahiro Sakurai describes as a “distance demon”; a character that’s really fun, or really frustrating (depending on which side you’re on).

Lastly, for Byleth’s final smash, you’ll wield the power of something called the “Progenitor God Ruptured Heaven”— and yeah, it’s as powerful as it sounds. If you’ve played Three Houses, you’ll recognize this devastating move as an upgraded version the “Ruptured Heaven” attack. Once you break that Smash Ball, the goddess Sothis (also from Fire Emblem: Three Houses) imbues Byleth and his/her sword with immense power to deliver multiple blows that rival the power of a god!

Get instant access to Byleth and all the previous (and upcoming) DLC content with the Ultimate Fighter Pass. It’s on sale right now in the CDKeys.com store. Wondering who the previously released fighters are? Find them below in order of release (along with links to the buy their individual Challenger Packs). In addition, each DLC fighter brings new stages, music, and more along with them.

Masahiro Sakurai has hinted at much more content on the way, too. In fact, Sakurai-san recently announced that the Fighter Pass will deliver 6 more characters before its through. Sakurai has also hinted at even more content arriving after the Pass is complete!

Check out Everything Super Smash Bros. in the CDKeys.com Store