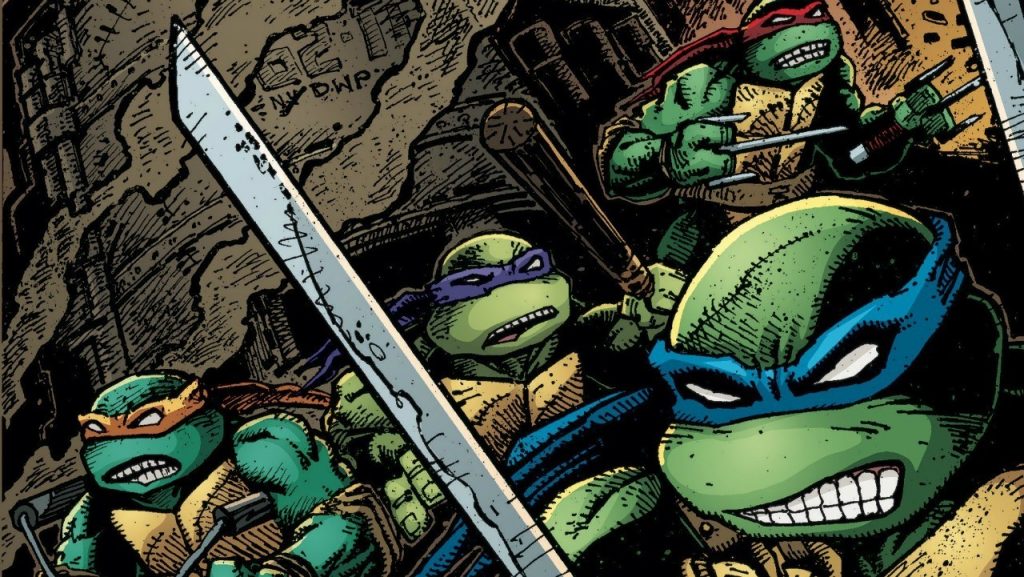 The Teenage Mutant Ninja Turtles are as big as ever today. Sure, the last two live-action movies received mixed responses from fans, but the Nickelodeon series and IDW comic-books have kept dedicated followers satisfied for years now (the latter just became the longest-running TMNT comic ever).

Of course, video games have always been an obvious platform for the Teenage Mutant Ninja Turtles, and we’ve had plenty of them, but when did we last get one that truly satisfied fans? Platinum Games’ Mutants in Manhattan had real potential, especially given how impressive their Transformers: Devastation was, but it failed to generate much excitement.

Developing games isn’t easy and licensed properties are often produced to tight deadlines, meaning the teams working hard on them don’t always get as much time to perfect them as they’d like – but it’s time for the run of disappointing releases to end. The Teenage Mutant Ninja Turtles are in serious need of a truly great video game for the post-Arkham Asylum age.

What do we want to see in future games starring everyone’s favourite heroes in a half shell?

A Free-Roaming Manhattan to Explore 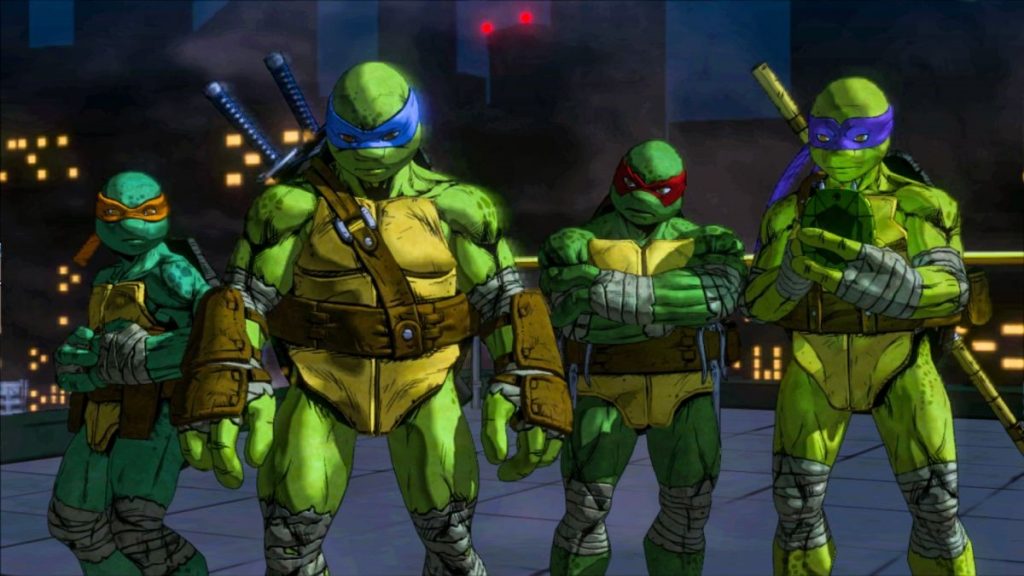 New York City is fundamental to the world of the Teenage Mutant Ninja Turtles. The original comics were steeped in the gritty urbanity of 1980’s NYC, and this was captured beautifully in the awesome 1990 movie (if you haven’t seen it for a while, check it out!).

Mutants in Manhattan did a terrific job of giving you a colourful city to run through at times, but it was a fairly superficial aspect of a simple hack-and-slash game. Sure, pretty much every other TMNT game has taken place on and beneath New York’s streets, but we’ve never really been able to explore it with much depth.

This is entirely possible, too – think about how well some of the Spider-Man games have let you cut loose in the city, with plenty of nooks and crannies to investigate. Arkhams City, Origins, and Knight have made exploring gritty urban environments incredibly compelling in superheroic-themed games too – you could easily spend hours taking Batman in search for hidden items or taking down thugs in a variety of creative ways.

We’d love to see a TMNT game follow these (and other) examples. Ideally, there would be a day / night cycle, with any daytime excursions requiring discretion to avoid being seen by the public. The old trench coat and wide-rimmed hat could be used for this, or you could simply keep to the shadowy alleyways and rooftops to stay out of sight. Obviously, you’d be able to run or skateboard through the sewers, emerging through manhole covers when the coast is clear.

Come nightfall, though, you’d be able to go out without fear of being spotted, and even tear around in the van (or Shellraiser, or Party Wagon, whichever you prefer). Heck, maybe the blimp could even put in an appearance.

Side-quests and mini-games would be essential to flesh out an open-world NYC; finding collectibles hidden fiendishly around areas; stopping random crimes and Foot Clan-related shenanigans; helping Casey Jones take down a gang, and more could all be tackled outside of main campaign missions. These would have to be varied, though – we all know from certain games that rescuing a kid’s balloon or catching a mugger again and again becomes a tad stale after a while.

If the city were well-designed and organic enough, simply exploring as your favourite turtle would be a blast. 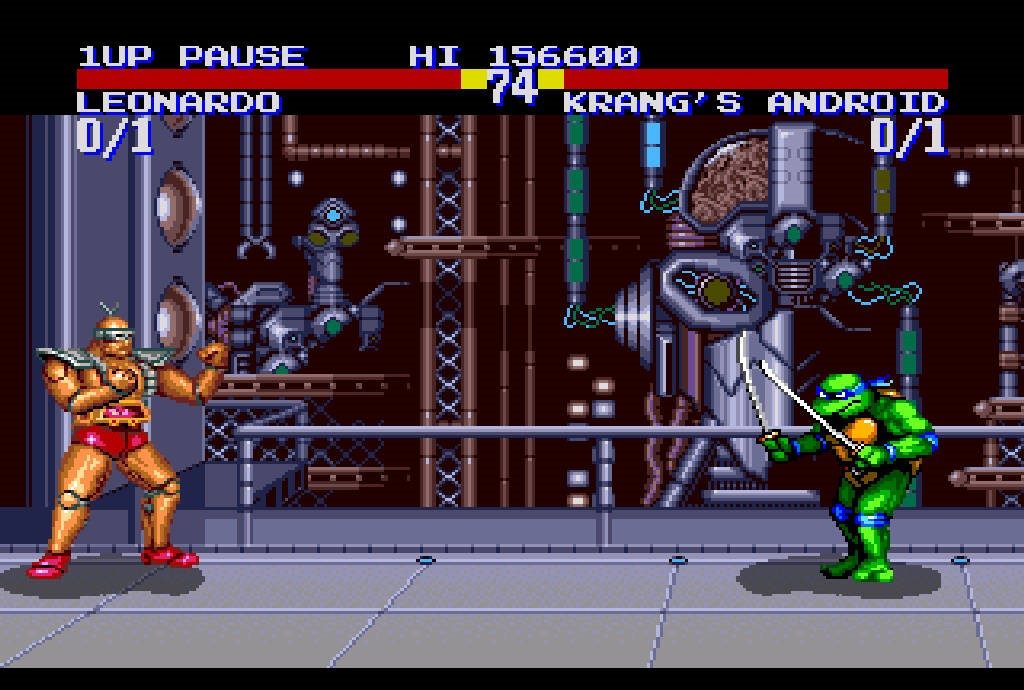 Fighting in Teenage Mutant Nina Turtles games usually consists of tapping a button to hit an enemy with your bo staff or sai over and over again. Even in those games where it’s been a tad more complex (say, Out of the Shadows) it still has room for improvement.

Leo, Donnie, Mikey, and Raph are supposed to be highly-trained ninjas (it’s right there in the title) but how often do you really feel that in the video games? That’s not to previous games’ detriment, either, but with combat systems capable of such fluidity and excitement now, there’s never been a better time to show the turtles kicking butt as they’re meant to.

The fighting system could either go for the Arkham approach, with simple commands leading to an ever-changing range of moves, or something a little different. In all honesty, Rocksteady’s (not that one) FreeFlow Combat System would probably suit the turtles best – you’d be able to pull off slick moves and leap / flip over enemies, taking on large groups of enemies without the same repetitive hack-and-slash fighting we’ve seen again and again in TMNT video games.

The brothers always work as a team, too, so co-op dynamics would be a must. Out of the Shadows did this well, with the turtles interacting to bring enemies down at times. A simple button-tap could trigger team-ups, or just knocking enemies towards another turtle in combat could lead to a little back-and-forth.

A Branching Storyline Directed by Your Decisions

The turtles don’t always get along. They love each other (and Master Splinter) more than anything (even pizza), but they’re hormonal teenagers living very unusual lives, without many of the simple luxuries others take for granted (freedom to walk along a street without becoming a spectacle, a non-sewer-based home, money, clothes that fit etc.).

Their different personalities often lead to conflicts too, with disagreements on how to proceed in situations (most commonly between Leonardo and Raphael) often leading to fiery arguments, fights, or divisions.

This strong family dynamic and the characters’ conflicting personalities are rich with material for a deep, branching storyline filled with pivotal decisions. You could face such choices as: whether to attack a group of enemies head-on or take them by surprise; whether to split into pairs when infiltrating a Foot Clan stronghold or to stay together; whether to intervene in a street crime (risking exposure) or to stay out of it; whether to take Casey or April along on missions or leave them behind for their own safety, and more.

These examples would have numerous possible outcomes. Attacking a group head-on could lead to being overwhelmed, though taking them by surprise might take time and lots of stealth. Splitting into pairs would allow you to cover double the ground in the same space of time, but leave the turtles more vulnerable if attacked (leading to potential retreats or injuries). Taking Casey or April on missions might mean some physical / technical backup, but leave the foursome with an extra team-member to worry about – and any resulting injuries / failures could affect the characters’ relationships as the story unfolds.

This would add a more realistic edge to the story, encourage subsequent playthroughs, and allow you to take a more active role in the story’s progress.

A Chance to Play as the Villains 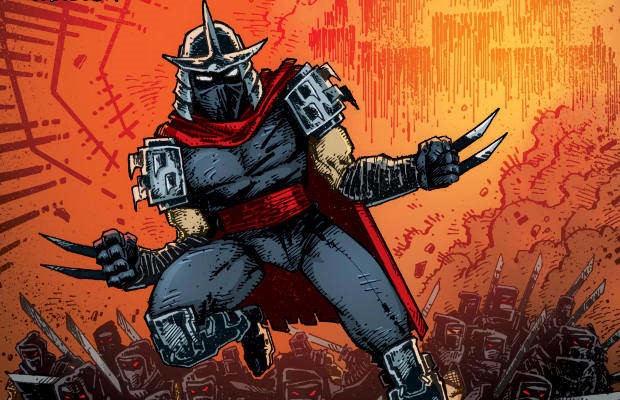 The Teenage Mutant Ninja Turtles have some great villains, and it’d be great to play as them in future games.

Obviously, there’s the likes of Shredder, Rocksteady, Bebop, Krang, Karai, and the Rat King, but other enemies (Old Hob, Hun, Baxter Stockman, Tokka and Rahzar, to name a few) should appear too..

Playing as the turtles themselves is always fun, even in some of the weakest games, but we don’t get the chance to play as the villains really (Tournament Fighters, Smash-Up, the mobile game TMNT: Legends). This could take on a number of different formats, of which the most obvious is playing as as villains in a challenge mode, taking on the turtles and / or waves of cops. This has real potential, particularly if each villain had their own unique set of moves that felt true to their character.

Alternatively, another mode might allow you to take on the role of Shredder and / or Krang in plotting a takeover of the city. This could be a mixture of real-time strategy and melee combat, with you planning attacks, securing information on rivals, and taking on the turtles.

These are just two ideas, but with such interesting, fun villains available, why not let us step into their shoes / mutated feet for a while?

What do you want to see in future Teenage Mutant Ninja Turtles games? Let us know!