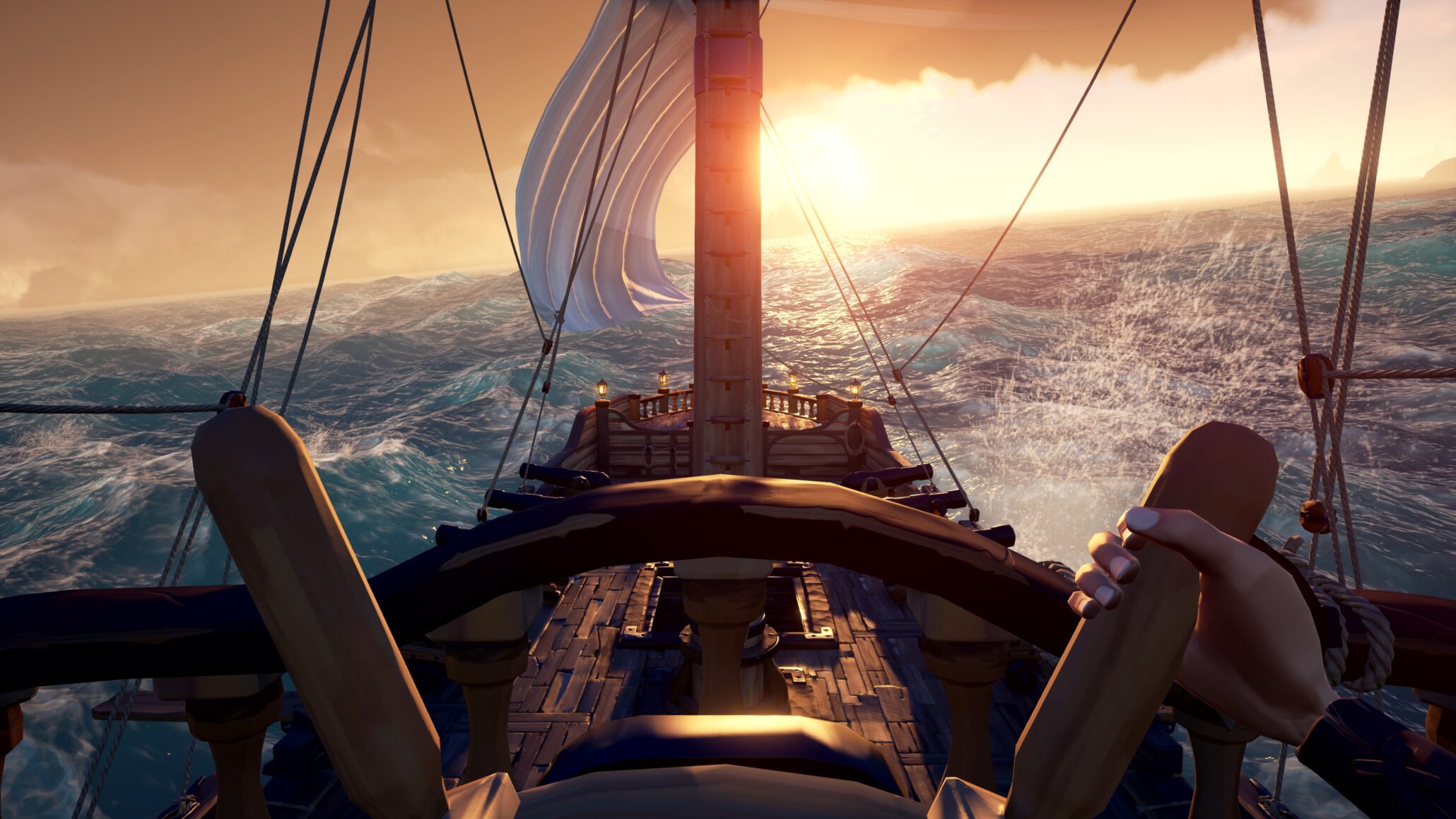 Grab your eye patch and pet parrot – it’s pirate time for Xbox One owners and Game Pass members. New content is on the horizon for Sea of Thieves! Players are still exploring the volcanic islands of the Forsaken Shores expansion, and there’s already more content on the way.

Sea of Thieves Shrouded Spoils is set to release later this month, and The Arena is arriving shortly after that. But best of all, Sea of Thieves and all its expansions are free with an Xbox Game Pass subscription. Here’s everything you need to know.

Prepare to set sail in Sea of Thieves

If you’ve ever dreamt of living the pirate life — and who hasn’t?? — then Sea of Thieves is a game you need to play. The life of a free-roaming treasure-hunting adventurer has been realized in this one-of-a-kind multiplayer experience.
Alone or with some mates, you can explore a massive open world filled with action, adventure, and all the other pirate-y goodness you might imagine: like firing cannons, steering a massive ship, finding loot, and fighting megalodons!

In Seas of Thieves’ all-new PvP mode, you’ll compete against rival crews in your search to find treasure or complete other missions. This DLC will feature a new faction, a new tavern area, and of course new loot! The Arena is what Sea of Thieves’ cross-platform multiplayer has been waiting for. You’ll get to experience all the best things about the game condensed into individual challenges.

Discover the mysteries hidden in Sea of Thieves Shrouded Spoils

Shrouded Spoils has been in the works for some time, so you can expect it to bring a huge amount of new content. All the details haven’t emerged, but you can expect Shrouded Spoils to feature tons of new customization options for your ship. In addition, there will be a new campaign, achievements, and a mysterious fog that will make navigation a lot more challenging… and spooky. An exact date has not been announced, but developers have promised sometime in November– so look for it soon!

Pick up Sea of Thieves for Xbox One in our online shop here, or become an Xbox Game Pass member and try it out first.