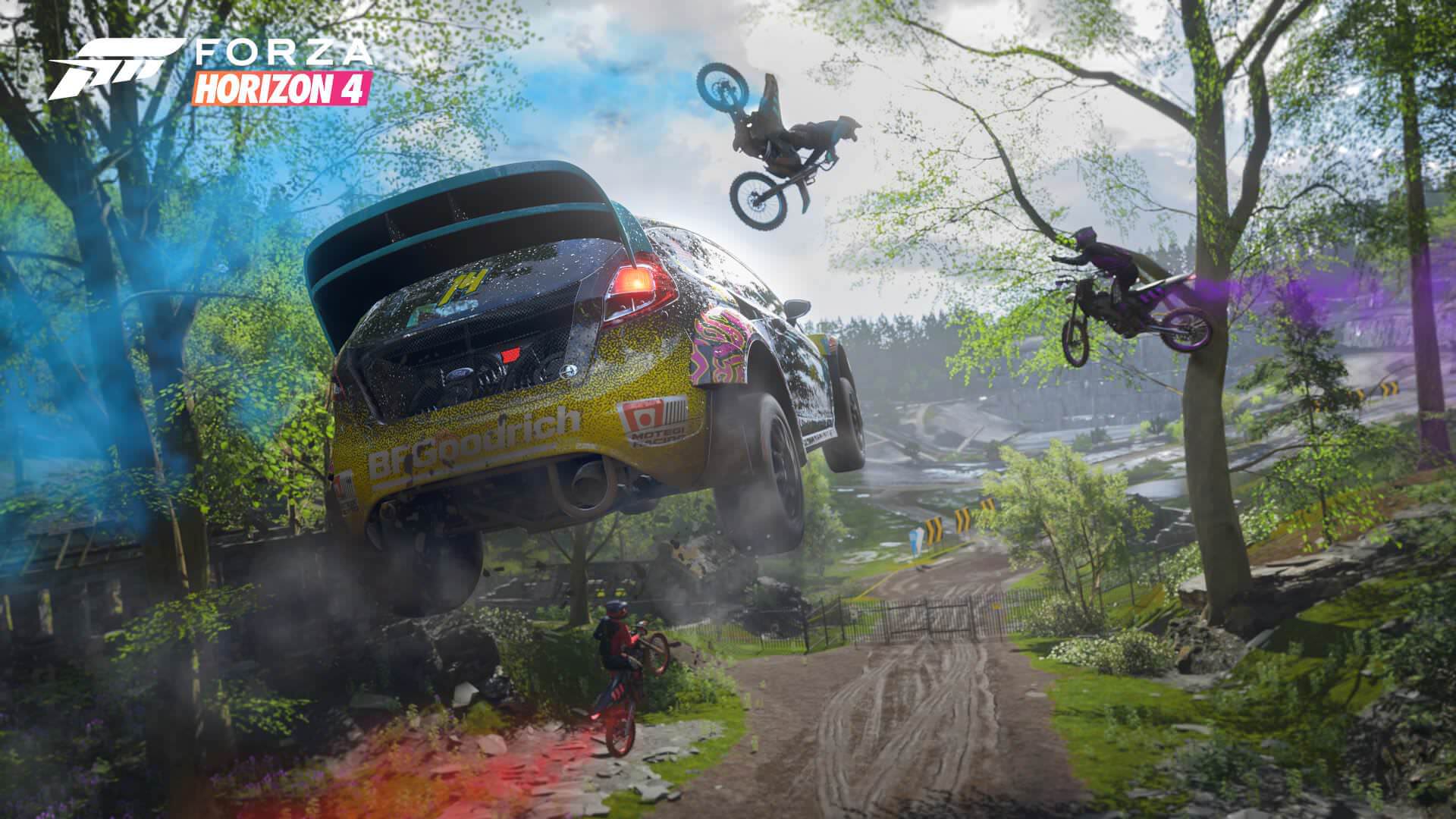 Forza Horizon 4 has been out for a few weeks now, and if you’ve played it, you already know it’s an amazing game; if you haven’t, well, this blog post’s for you. There are many reviews out there that cover every single aspect of the game; like the one from Gamespot that gave a 9/10 or the one from IGN that awarded 9.6/10. But we wanted our review to be a bit more focused. Here are the highlights. Here are some of our favorite things about Forza Horizon 4, illustrated with videos from our Twitch channel.

All of the clips in this article are from the CDkeys’ Twitch channel. We stream at 6pm PST almost everyday; and if you can’t be there for the live show, you can watch our recent streams in the “videos” tab. In addition to Forza Horizon 4 we’ve been playing Call of Duty Black Ops 4 and Soulcalibur VI recently; and you can expect more streams of all the top new releases.

Head to our Twitch channel now, and let us know which game you want us to stream next. Don’t forget to subscribe!

Racing Is Only Part of the Fun

With over 450 cars from over 100 different manufacturers, Forza Horizon 4 brings you the largest collection of cars in any Horizon title. But what makes Forza 4 such a successful game is the wide range of…activities you can do with these vehicles. The racing is great in Forza 4, but some of the best moments come from all the other amazingly fun (and crazy) things you can do while not on the actual road! Sure, you can race, or you can also skate a Ferrari across a frozen lake, chase after sheep in a Jeep, or see how much air you can catch in a limousine!

Do Your Own Thing

In Forza Horizon 4 it’s still possible to go offline completely (and race against AI), if you really want to. Because the game maps are so vast, and the number of players per world is limited, it’s easy to do your own thing like previous Forza releases. Furthermore, the swapping of AI with real life players won’t interfere with your solo experience. Thanks to Forza’s “auto-ghosting” feature, other players can’t ruin your ride (unless you’re already friends in a co-op mission). Forza Horizon 4 has gone to great lengths to ensure an enjoyable racing experience for all.

Although it’s technically possible to play offline like previous Forza games, the multiplayer experience is expertly worked into the game, is so much fun, and is constantly updated– so you’ll probably want to give it a try! Horizon 4’s multiplayer has been reworked to incorporate other players smoothly and seamlessly into virtual Britain. Up to 72 other players can be connected to your world, and choosing to avoid or interact with them is up to you– which goes to show you just how large the maps are! Once you feel the excitement of racing against another person, competing in a co-op weekly event, or exploring the streets of Edinburgh with a new friend you won’t want turn multiplayer off.

Build Your Dream (or Nightmare) Route

Thanks to lots of requests from fans, an all new Route Creator feature has been built into Forza Horizon 4. This new feature allows players to design and share custom race routes that they’ve come up with anywhere in the vast open world. The fans were right, this really is a lot of fun! You are even able to customize Horizon 4’s fantastic seasons when you design your route… Bugatti snow drifting anyone?

Head to our Twitch channel to see if Forza Horizon 4 might be a game for you. Don’t forget to subscribe while you’re there, and watch some of our new Soulcalibur 6 gameplay!