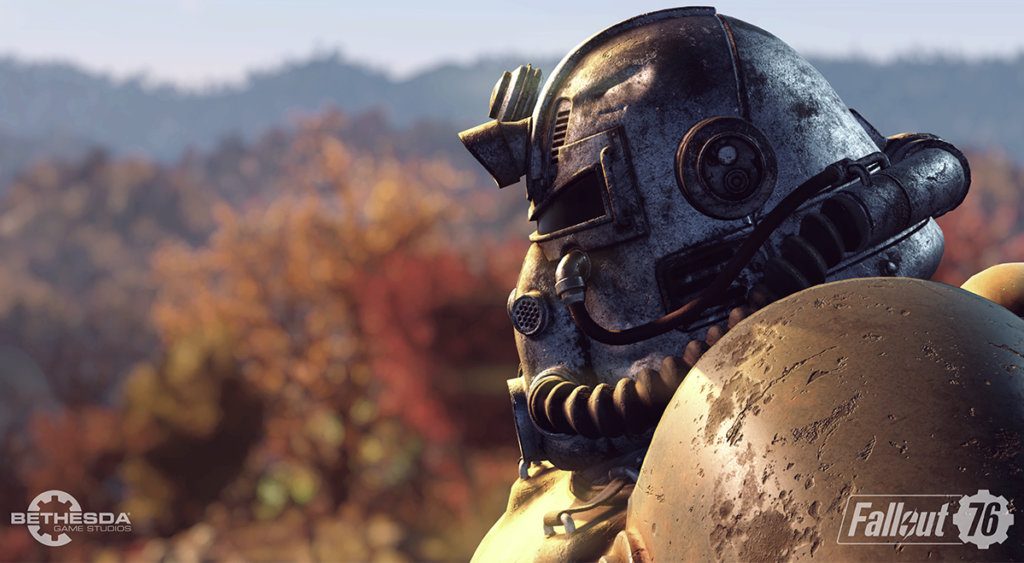 25 years after a nuclear war that destroyed the entire world, it’s up to you to conquer the Wasteland and rebuild the United States. Why is this one so interesting? For the first time in the history of Bethesda’s legendary series, you can play online with your friends! Shooting mutated monsters together? Teaming up to drop some nukes? Yes please! Fallout 76 is not to be missed.

Fallout 76 is set in West Virginia in 2102 (now known as Appalachia), 35 years after the bombs fell. Chosen as one of the nation’s best and brightest, for years now you’ve been living in Vault 76, an atomic bunker that has opened its doors on Reclamation Day. Your mission is to explore the post-nuclear world, together with other Vault Dwellers and conquer its many dangers to recolonise the United States. Good luck!

Fallout 76 is the series’ first fully online game, designed for multiplayer first. Together with other real players… err we mean survivors, you can explore the vast Wasteland full of post-apocalyptic monsters, build C.A.M.P.s (get it?) or work together to grab a hold of the all-important nuclear launch codes. You can play with up to 24 people in a single world!

The biggest game world yet

This is the biggest and best the Fallout world has ever seen. The nuclear wastes of West Virginia are four times (!) as big as the world from Fallout 4. From the forest to the swamps, the abandoned mines to the cities; there’s all manner of variety where danger lurks around every corner. Just keep your shotgun loaded at all times, because you never know when a giant sloth might storm out of the woods.

Not feeling so sociable? Not a problem. You can head out into the Wasteland and explore the extensive story of the game alone. But don’t forget, other players might be out to get you. No-one can be trusted!

Another exciting new feature: In Fallout 76 you can build your own base, or C.A.M.P. to be specific. From a cabin to an armed fort, you can build your base alone or team up with your friends. Your base can also be saved as a blueprint, so you can rebuild your C.A.M.P. anytime and anywhere. I mean… you never know when a nuke might destroy it!

Take a look into Appalachia

Still not convinced? Take a look at Gamespot’s first hands-on impressions. Bethesda gave them a first look at post-apocalyptic West Virginia, and you too can take a look as Vault 76 opens, and your adventure begins.