Twitter is pretty powerful these days. U.S President Donald Trump likes to use the social media platform to announce official policy changes, and billionaire business mogul and mad scientist Elon Musk likes to use twitter to hate on Fortnite.

In a tweet the other day Mr. Musk (A.K.A real life Tony Stark) posted a screenshot of a fake news article announcing: “Elon Musk buys Fortnite and deletes it.” The image also included a fake quote alleging Musk declared: “I had to save these kids from eternal virginity.”

Had to been done ur welcome pic.twitter.com/7jT0f9lqIS

As a Fornite player, let me first say “ouch…”, and then follow that up with: why is Elon Musk spending his precious time rehashing tired video game jabs?

Epic Games’ official Fortnite account fired back a reference to their own gaming meme:

The article Fortnite is referencing is about a month old, and is not much of a counter punch… however Musk’s initial strike is pretty stale as well when you think about the fact that the average gamer these days is 31, and the gaming industry is larger than movies and TV combined.

Unfortunately, that wasn’t the end of it. Elon Musk replied with “Reality is hard;” and the meme war then game to a close… at least for now. 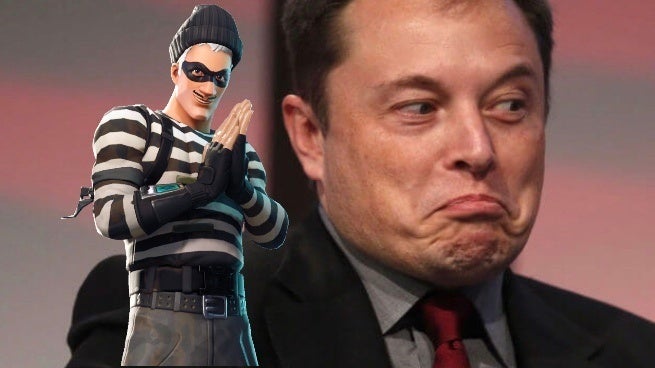 Perhaps this was just a chance for Elon to imply just how wealthy he actually is (he could theoretically buy Fortnite and delete it if he liquidated nearly all of his net worth), or perhaps Mr. Musk just got eliminated first in a 50v50 match.

We know that Musk is clearly joking, as he has a habit of making similar…”jokes” on Twitter; but that doesn’t make this moment any less significant. Fortnite is huge, undeniably huge.