John McClane is one of the most iconic action heroes ever created. The bare feet, the white vest, the razor-sharp wit – he’s a likeable, engaging, flawed hero you can really get behind.

He’s also the character that truly made Bruce Willis a star, and though said actor seems incapable of letting McClane ride off into the sunset with dignity (like Gary Cooper, you might say), he still holds a special place in many a heart.

Given the sheer explosiveness and gun-slinging excitement of Die Hard and a few of its sequels, the franchise has always been ideal for video-game adaptation. While most of us may be familiar with one or two Die Hard video games, there have actually been a fair few released over the years.

Let’s grab our Twinkies and look back at John McClane’s virtual adventures, starting with … 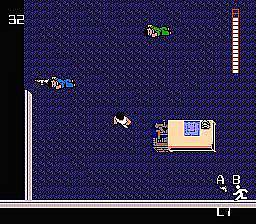 The first Die Hard movie is a classic, and understandably received three adaptations across DOS, Commodore 64, and NES.

The DOS game came in 1989, and is actually pretty impressive today, considering the hardware’s limitations (by modern standards). First and foremost, this is played from behind McClane as he explores different areas of the Nakatomi building, with a fast, surprisingly smooth 3D engine.

Actually playing it is tricky, though, and the combat is somewhat clumsy.

The 1990 Commodore 64 game is equally impressive with hindsight. You step into McClane’s shoes (metaphorical only, of course) in a side-on adventure, and the opening titles deserve special mention, filled as they are with retro charm that gears you up for the action ahead.

The gameplay sees you guiding a basic McClane sprite through one area after another, taking enemies down with guns or attacks that seem to imply McClane is some kind of martial-arts master. The game captures Nakatomi Plaza’s openness and scale well, with plenty of rooms and corridors to wander.

The NES version came along in 1991 (sometime after the movie), and is entirely different. For starters, you steer your tiny McClane through levels from a top-down perspective, with much more traditional shooting-based action. The environments are big and open, while McClane can crawl through vents to get around too.

This is a much more fast-paced game than the others, and is slightly more accessible. It might not look as true to the movie as the DOS or C64 versions, but Die Hard’s NES release did a nice job with the hardware available.

Die Hard 2: Die Harder saw John McClane caught up in serious shenanigans on Christmas Eve once more, only with a few knowing winks and some familiar tropes. It may not be perfect, but it has plenty of iconic moments, such as the snowmobile chase and that ejector-seat sequence.

In 1992, an adaptation was released for the Commodore 64, Atari ST, Amiga, and PC. It’s odd that this game came so late after the film’s release, but it does capture some of the film’s most memorable scenes well enough.

This game sees you taking a string of enemies down with little more than crosshairs and a few hand weapons. It’s similar in many ways to the on-rails lightgun adaptation Die Hard 2 would later get in the superlative Die Hard Trilogy, including the variety of guns and rockets, as well as the snowmobile sequence.

This earlier version is nowhere near as polished or exciting, of course. It’s still decent, though, even if most of the enemies look identical and cops / security guards simply run away from the action, leaving an off-duty McClane to take care of business alone. We’re not sure quite why a little girl keeps walking back and forth through a gunfight at the Annex Skywalk either! 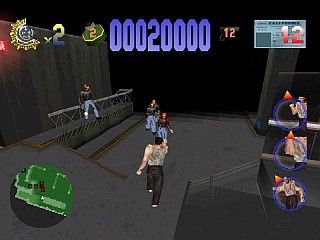 This is it. The Die Hard game most of us remember so fondly.

Probe and Fox Interactive did an outstanding job with Die Hard Trilogy. While the With a Vengeance game was being built as a solo release, Fox Interactive wanted something that reflected more of the series beyond the third movie’s vehicular-based scenes – a move many of us should thank them for.

As a result, the two games based on the (then) other two movies were created, and one of the finest tie-ins ever was complete.

Die Hard, of course, sees you running through Nakatomi Plaza one floor at a time, with occasional stops at the roof to escort hostages to a police chopper. The 3D environments and McClane sprite capture the film’s look perfectly, and the non-stop action is a blast.

Die Hard 2: Die Harder is an incredible Virtua Cop clone, and stands up just as well without a lightgun. There’s a nice mix of on-foot, snowmobile, parachuting, and even flying action thrown in, copying the movie’s plot to great effect.

Die Hard With a Vengeance is a fast-paced driving game based around defusing bombs by running them over. The environments are bustling, the turns are tight, and the variety of vehicles keeps
things fresh.

All in all, Die Hard Trilogy is all fans could ask for, and more. Even more than 20 years on, this package guarantees a few hours of frantic fun, while the soundtrack and humour are terrific too. 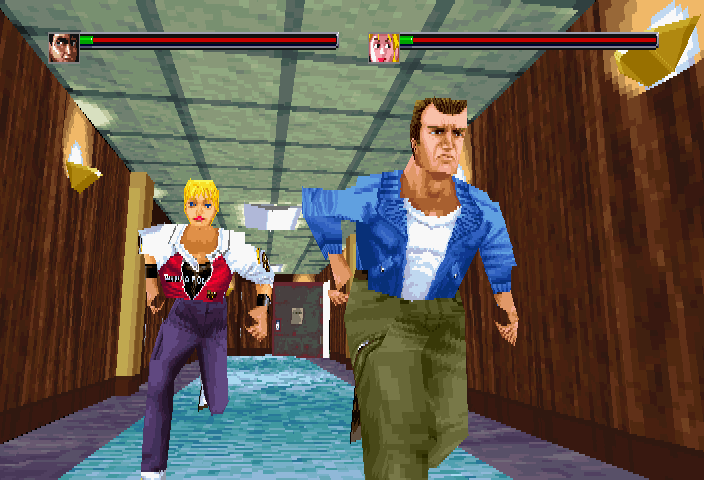 Die Hard Arcade is a strange game. This 3D beat-em-up was never intended to carry the Die Hard name – this was added to the Western version of Dynamite Deka, with John McClane shoehorned in.

This was originally released in arcades, but soon made it to the Sega Saturn (and the PS2 in Japan). It might have the look and name of a Die Hard movie, but it’s totally unlike any other game based on the series, playing like Final Fight / Streets of Rage with added quick-time events.

It’s fast and fun, with some nice weapons-based combat and old-school charm. 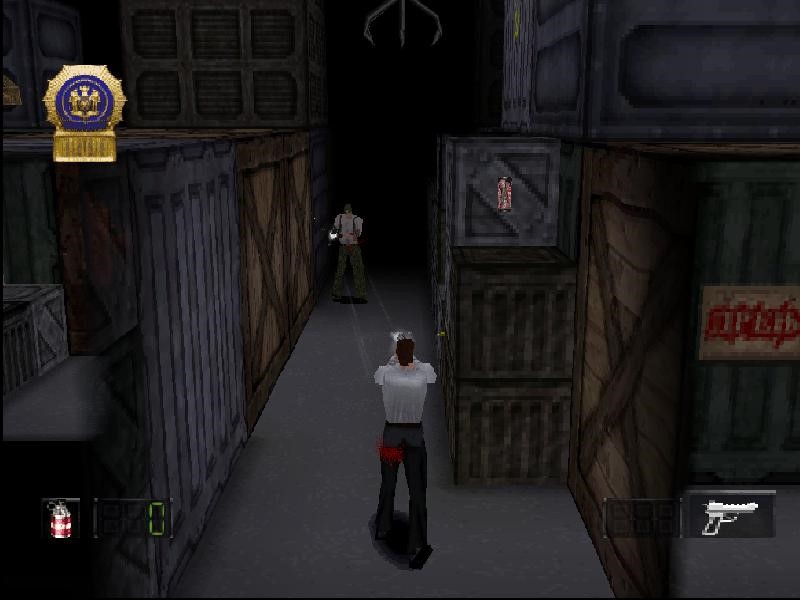 This came in 2000, which is a pretty large gap to leave for a cash-in. Obviously, without another movie to inspire the plot, Die Hard Trilogy 2: Viva Las Vegas features an original storyline: after getting an invitation to visit an old pal in Las Vegas, John McClane ends up getting caught up with a group of terrorists and decides to take them all down like only he can.

Viva Las Vegas features the same three playing styles – third-person shooting, an on-rails lightgun game, and a vehicle-based racer. This time, though, you can choose to play them separately or as one continuous storyline, switching between modes.

It’s not a bad game, but it’s nowhere near as good as the first Die Hard Trilogy either. The third-person segment lacks the simplicity and ferocious pace, adding in exploration and unnecessary complexity. The other two styles are equally forgettable. 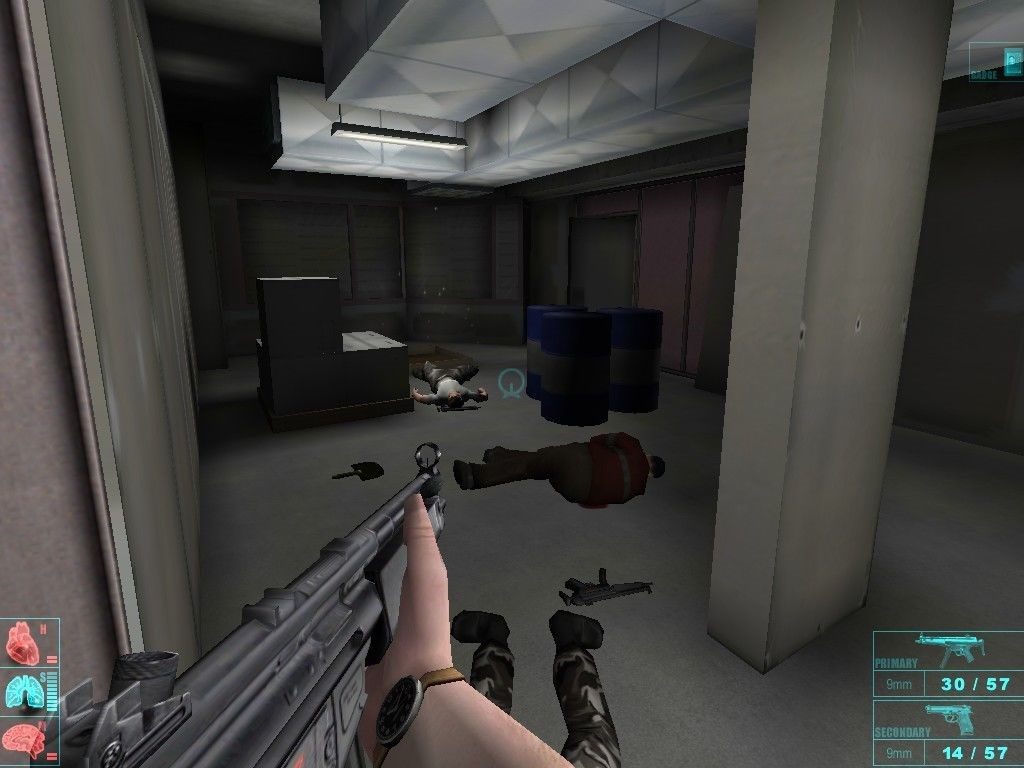 Sadly, despite having oodles of potential to be truly special, Nakatomi Plaza underperforms. The accuracy is impressive at times, recreating some of the film’s iconic moments well enough, but it misses the mark overall.

The environments look great, but the enemy AI is lacking, while it’s just not very exciting. It’s weird how different some characters (such as Ellis) look, for obvious likeness issues, and some of the voice acting is worth a listen too. 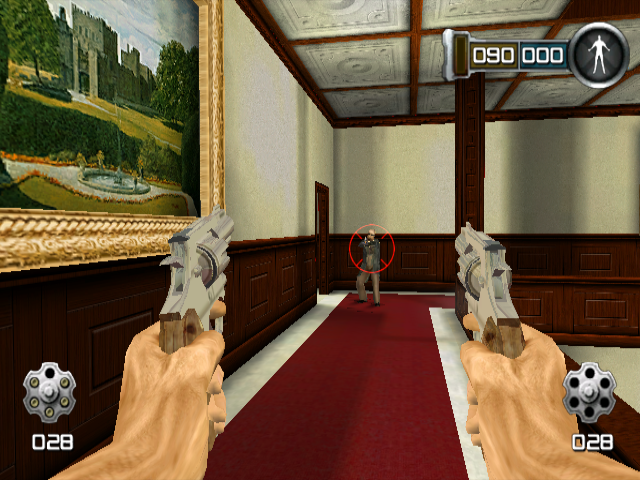 Die Hard: Vendetta was released in 2002, and marked the return of VelJohnson once more.

This FPS game is another original storyline, but is a bit more engaging and exciting than Die Hard Trilogy 2’s attempt. This follows McClane as his daughter, police officer Lucy, is kidnapped and yet another Gruber surfaces.

There are some nice features, such as taking hostages and interacting with NPCs, while some stages are genuinely exciting. The mission which sees you head back to Nakatomi Plaza is a particular highlight, with impressive attention to detail.

Die Hard: Vendetta isn’t the worst Die Hard game, but it’s far from being a classic too. 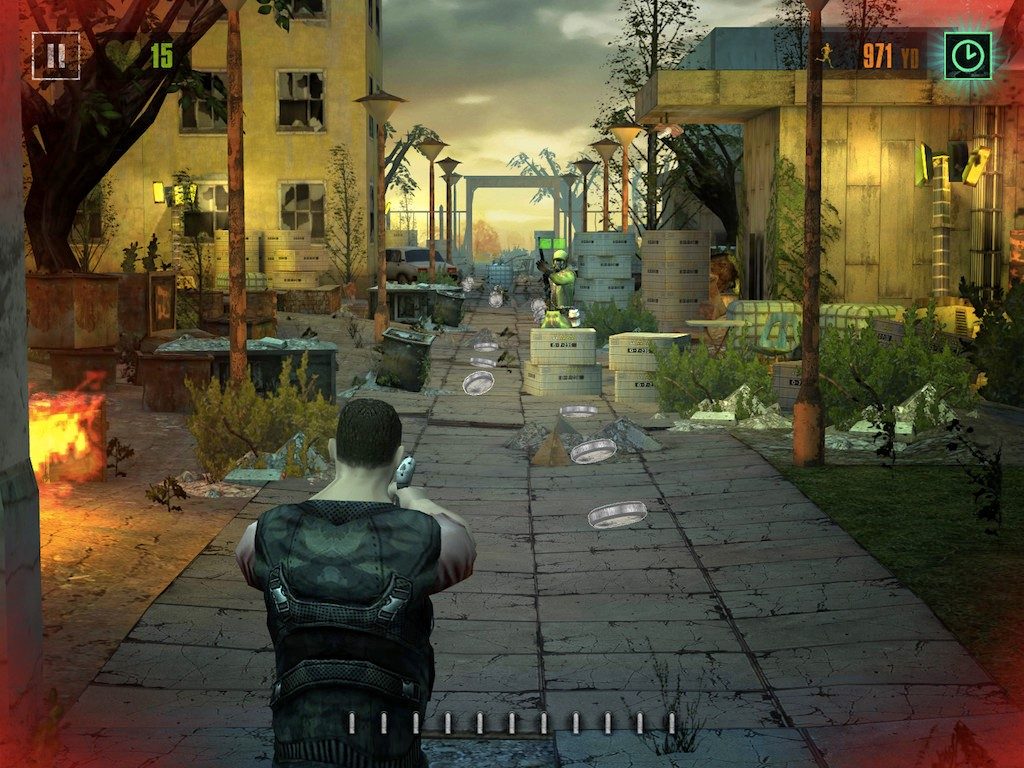 2013’s A Good Day to Die Hard received a fashionable mobile tie-in: a basic runner featuring shooting and coin-collecting, in which you play as Jack McClane, John’s son. You swipe left, you swipe right, you fire, you jump, you grab pick-ups … it’s nothing revolutionary.

There’s not a huge amount to say about it, except that a better mobile game to mark the fifth film’s release might have been a port of Die Hard Trilogy.

Like the movie itself, this came and went without wowing fans of the series.

Several Die Hard games have been released since John McClane’s 1988 debut, but which is your favourite? Let us know!