The Call of Duty franchise might have taken its more over-the-top aspects as far as it could with Infinite Warfare, but the upcoming CoD: WWII is set to go right back to basics.

This is no step backwards, though. This is about toning certain aspects down and enhancing others to create what could be one of the best CoD games yet. Fans looking for a return to the historical setting and gritty action that helped to make the series’ name in the first place have plenty of reasons to be excited. 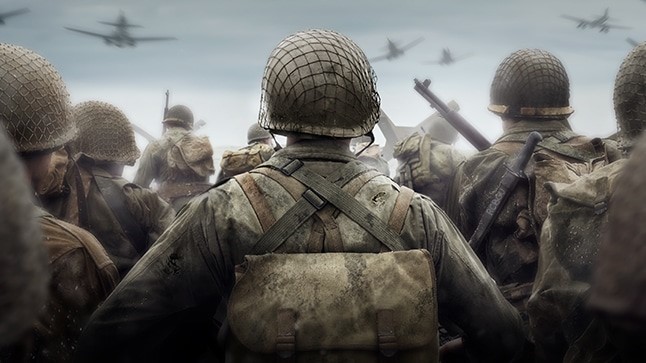 If Call of Duty’s shift towards spaceships, jetpacks, and other sci-fi tropes left you yearning for more ‘grounded’ action, CoD: WWII should be just the ticket. All you have is your basic weapons (rifles, pistols, etc.) and the same skills any soldier would during the Second World War.

There’s no parkour, no double-jumps, and no regenerating health – it’s all far simpler this time. A more stripped-down approach should make for a much more realistic and immersive experience.

You can’t collect ammo from dead enemies, either. Instead, you’ll have to depend on your squadmates for that, as well as for health packs.

It’s also been confirmed that your squadmates can be killed in action, and will stay dead, though it’s unclear whether or not these will be expendables who can be replaced easily. Either way, watching your allies fall in a hail of bullets without being able to get back up will inject the action with more intensity.

A Deep Single-Player Campaign that Pulls No Punches 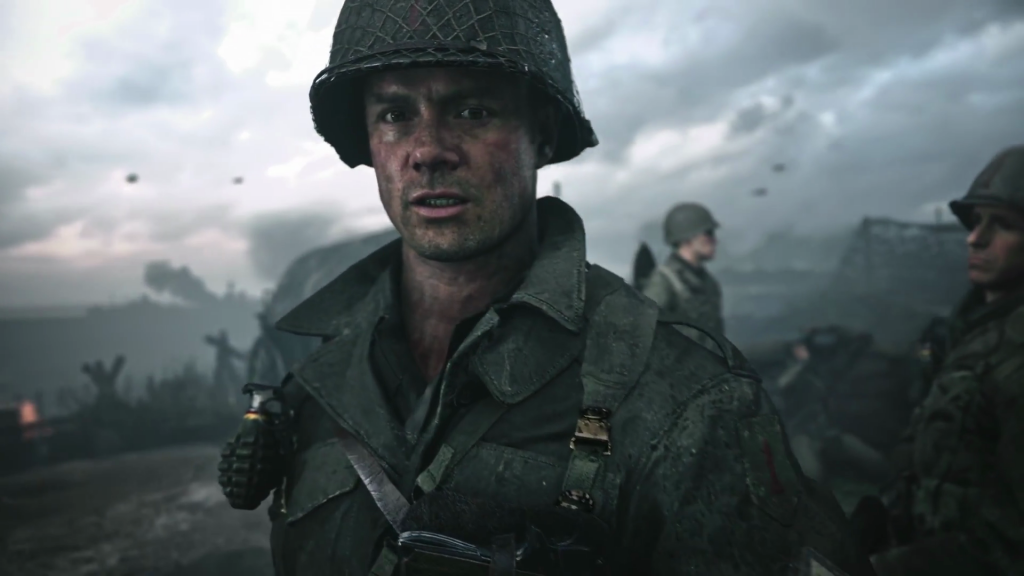 Call of Duty: WWII focuses on the endeavours of twelve squadmates during the war’s final year. It’s said to chronicle the Allies’ taking of Berlin and eventual victory, and will feature diverse characters throughout, touching on the role female and African-American soldiers played in the war.

Beyond this, though, it’s believed the story will go further than other shooters set during WWII to show just how horrific it was. This may or may not include the most harrowing aspects, but we’re promised a mature campaign that doesn’t sugar-coat the conflict’s true darkness.

Of course, Sledgehammer Games has to tread carefully for risk of putting players off. Gameplay will extend across different Allied soldiers, but troops from the Axis powers will be unplayable in the single-player mode. 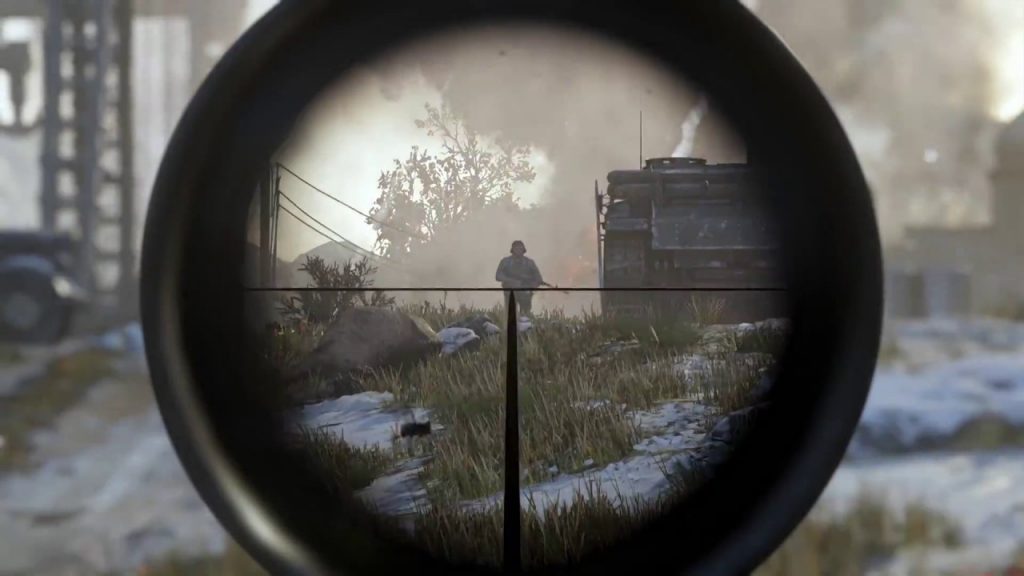 Multiplayer has long been a core part of the Call of Duty experience, and CoD: WWII will be no different. One of the most exciting new features in the multiplayer zone is the Headquarters mode.

This is a social hub for as many as 48 players at the same time, enabling you to gather with others and take part in different activities (using firing ranges, taking part in PvP matches). This ties in nicely with the game’s themes of camaraderie and diverse people coming together.

‘War’ is another new multiplayer mode, which consists of a number of objectives-based battles, providing players with something a little bit different to straight shooting. You’ll be fighting with and against other players as you complete tasks, such as escorting a tank or defending a site, providing a real sense of purpose for squads. 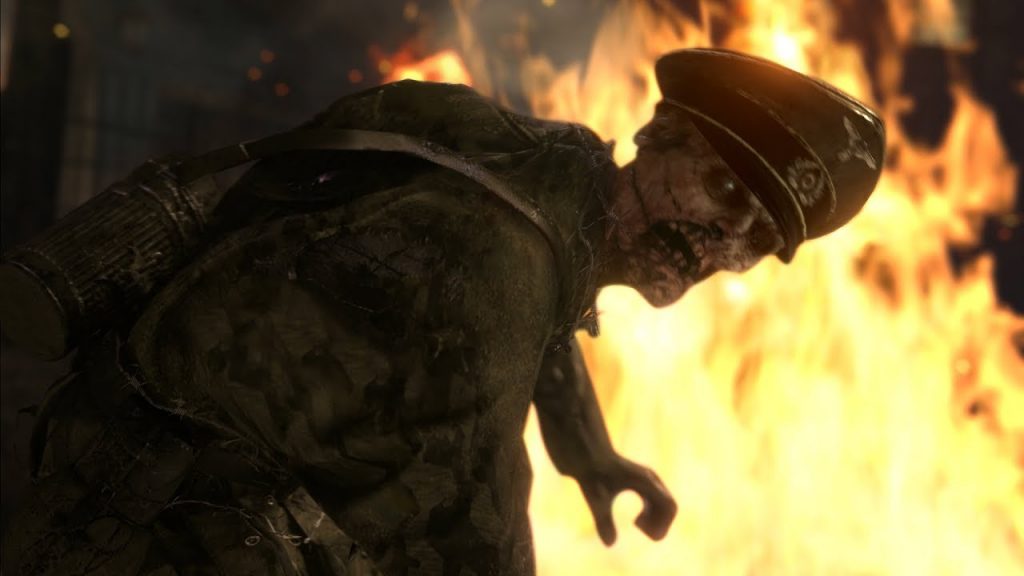 Zombies are par for the course with Call of Duty games, and WWII will see the zombie mode take a much, much darker turn than before.

It won’t have the same sense of silliness as before, instead going for all-out horror. The new zombies mode has been compared to Dead Space, which should give some indication of the hardcore frights Sledgehammer are going for.

This co-op mode will be set in an alternate history, in which the Third Reich try to gain the upper hand through transforming their fallen soldiers into an undead army. A class system will be available, with a choice of character types offering diverse abilities and loadouts.

All in all, zombies should be a much deeper, more intense experience outside of the campaign.

Call of Duty: WWII is shaking things up even further with the inclusion of Divisions. This replaces the mutiplayer’s usual custom class system, and allows you to pick from one of five military divisions taken from the real world.

You’ll be able to pick from Airborne, Mountain, Armored, Infantry, and Expeditionary. Each has its own skills and abilities, such as the Infantry division being able to use a bayonet charge and Armored handling heavy-duty weaponry (such as rocket launchers).

As you play through with different Divisions, you’ll level-up and become more of a formidable opponent. This should give fans of the multiplayer mode a fun new experience, and perhaps be of more interest to players who would normally steer clear altogether.

Call of Duty: WWII looks ready to redefine the series, and deliver the kind of intense, deep game many fans have been craving. With less than two months to go before CoD: WWII hits the shelves, we don’t have long to wait – here’s hoping it’s everything we all want it to be.

Call of Duty: WWII will take the series back to its roots when it launches on November 3rd, so what are you most excited to see? More realistic gameplay? Scarier zombies? Let us know!