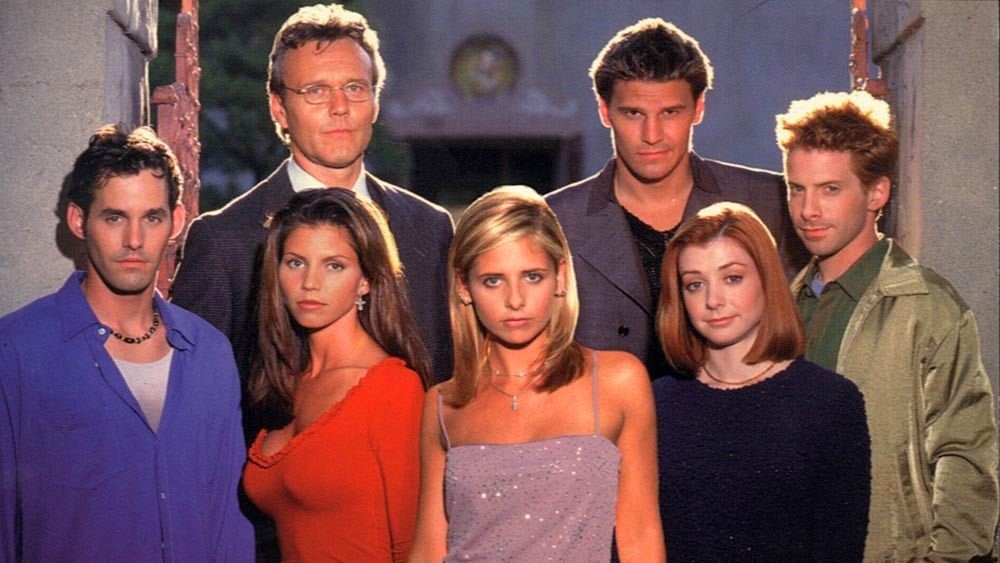 Joss Whedon’s iconic Buffy the Vampire Slayer celebrates its 20th anniversary this year, hard as it may be to believe.

We all know the story: Whedon’s concept to make a pretty blonde girl a horror-heroine instead of a victim was made into a movie first, but after its disappointing performance, Buffy was given a second chance on the small screen.

Thankfully, it took off, and the series still has a huge fan base today. The series benefited from a terrific lead in Sarah Michelle Gellar, great supporting characters, witty scripts, oodles of tongue-in-cheek humour, and an impressive level of maturity.

At the time, it felt unique (despite certain knock-offs popping up here and there), and despite how far TV has come since, Buffy’s still outstanding.

Fans can enjoy the Scooby Gang’s ongoing adventures in Dark Horse’s comic-book series, but what about video games? Buffy’s starred in just six within the past 20 years, which is pretty weird considering how ripe it is for adaptation. Sadly, the chances of any new ones heading our way are pretty slim (for the time being, anyway).

What of these six games themselves, then? Let’s take a look back … 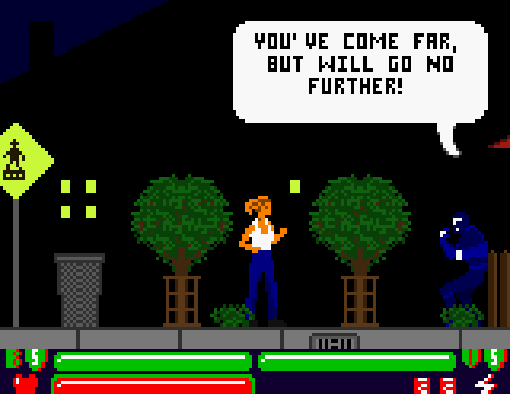 This is set during the fourth season (easily one of the strongest), with Buffy now at college, and most of her pals make an appearance (as does the mischievous Ethan Rayne).

There’s a real charm to the simplistic sprites and the straightforward slaying action. The comic-book-styled cut-scenes work a treat (though the music might have you reaching for the paracetamol … or the volume controls, if you want the easy way out), and the speech balloons actually make it into the game proper, with Buffy occasionally monologuing or exchanging quips with a villain.

The graphics recreate Sunnydale’s architecture and Gothic atmosphere nicely, and for a simple licensed 2D beat-em-up / platformer, Buffy the Vampire Slayer is better than it could have been. Sure, it wasn’t well-received at all upon release, but if you’re a hardcore fan looking for some nostalgic charm, this is worth a go. 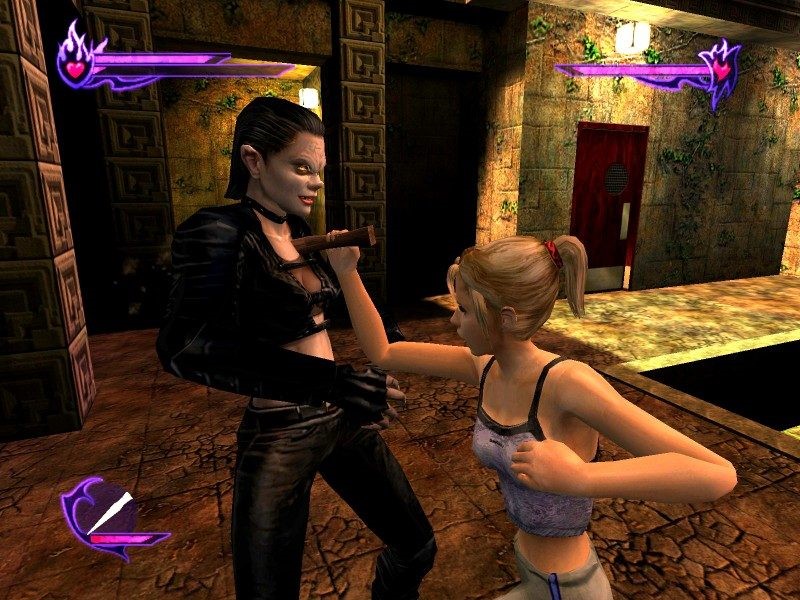 Buffy’s first console outing surprised critics with its quality, and even today, its visuals are pretty impressive. The game is a fairly standard third-person adventure, with Buffy taking on vamps and demons aplenty throughout various parts of Sunnydale.

Buffy the Vampire Slayer’s plot involves The Master returning, and takes place within the third season. Most of the voice cast return (except for Gellar, sadly, though Giselle Loren stands in for her well enough), and the dialogue’s snappy too. The game captures Sunnydale’s look brilliantly, and the soundtrack creates a dark atmosphere, with creepy music and great sound effects.

The combat’s well-designed too, with a nice range of moves, and with her stake in hand, Buffy feels like Buffy. It’s also a real thrill getting to kick vampire butt in the high school’s corridors, too!

Considering its age, any fans who missed this game first time around might have some fun with it today.

Buffy the Vampire Slayer: Wrath of the Darkhul King (GBA; 2003) 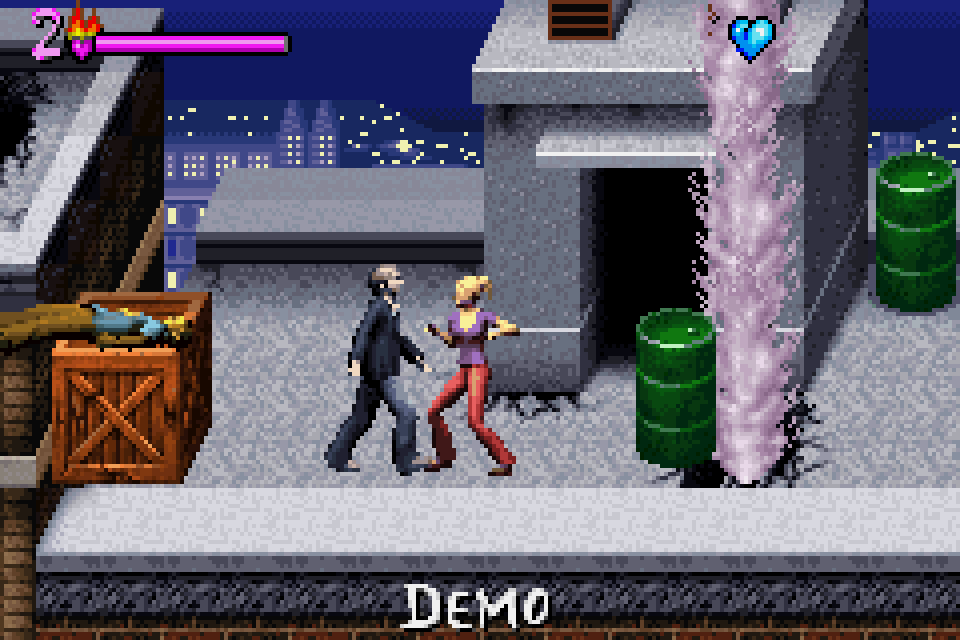 For Buffy’s next game, she returned to Nintendo. Wrath of the Darkhul King might be on a more advanced handheld than the 2000 release, but it’s actually less fun to look at in a way. Maybe this is because it goes for a more realistic style rather than the cartoonier theme of the former game.

Still, on the plus side, Wrath of the Darkhul King has a much better soundtrack.

In terms of the gameplay, it’s more of the same, as you lead Buffy through Sunnydale on a 2D plane, kicking, punching, and staking enemies as you go. You can collect and use a number of different weapons, which keeps things fresh.

As before, this is set during the fourth season, and so Riley and the Initiative make an appearance, as do the awesome Gentlemen and the considerably-less-awesome Adam.

This has some nice combat and great backgrounds, and uses real images from the series to drive the plot on between stages. All in all, it looks and feels like a Buffy the Vampire Slayer game, and enjoyed a slightly warmer reception than its GBC predecessor at the time. 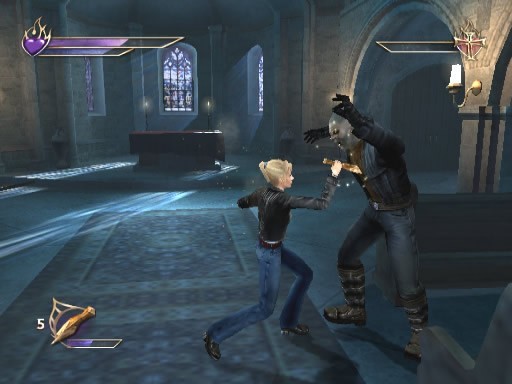 Chaos Bleeds is the most impressive Buffy the Vampire Slayer game, especially in terms of its presentation. From the moment the awesome theme music kicks in on the title screen, it captures the feel of the show brilliantly.

You start off in the Magic Box, Giles’s shop, where you learn how to play as Buffy, Willow, Xander, and Spike. Each has their own playing style, and the cast’s voice-acting (again, sadly no Gellar) adds to the immersion. It’s pretty weird seeing Willow and Xander able to land punches and kicks as well as Buffy, but that’s kind of a minor niggle.

The music is atmospheric, and environments match their TV counterparts nicely. You’ll also get to play as Faith and Sid the Dummy briefly, while Tara and Giles appear frequently; on top of this, numerous references to past events and other characters steep this deep in the Buffyverse (though there are some contradictions here and there).

Chaos Bleeds is set during the fifth season, and it’s a must-play for fans. Just watch out for the camera, which doesn’t always fall in the ideal spot during combat.

Buffy the Vampire Slayer: The Quest for Oz (Mobile; 2004) 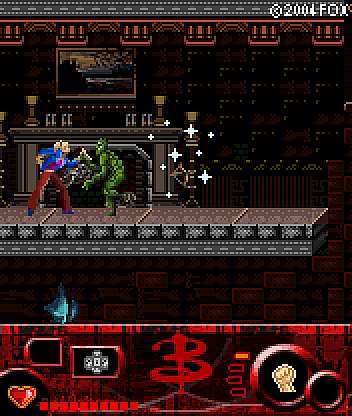 The graphics are nice enough in spite of their limitations – Buffy looks like Buffy, enemies are fairly ghoulish, and the stages of Drusilla’s mansion are well-designed. The story sees Drusilla kidnap Oz, and Buffy’s embarking on the titular quest to rescue him.

The final fight with Drusilla isn’t up to much, though, and despite being in the title and serving as the game’s goal, Oz is nowhere to be seen.

Though the prospect of a console-based Buffy game isn’t too likely, how about some new mobile releases instead? Scrolling beat-em-ups, turn-based battle games, and role-players all work beautifully on today’s devices, and the Buffy license lends itself to each perfectly. 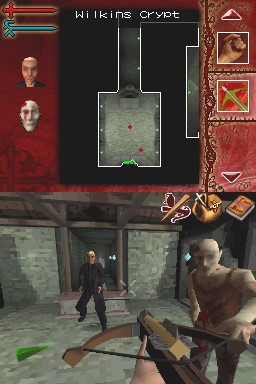 Sacrifice was released on the Nintendo DS (in Europe only), and makes great use of the split-screen format. The storyline follows on from the seventh season, which helps to set it apart from other Buffy games.

The top screen functions as a map and communicator, while the bottom presents the action itself. The game uses fixed camera angles in the classic Resident Evil fashion, and the puzzles are somewhat similar, as is the music. Enemies’ habit of appearing in a buff of smoke is cool, too.

The graphics are decent, with impressive environments, and the soundtrack is creepy enough to keep you on edge. First-person sections appear throughout, allowing you to play through Buffy’s eyes as she takes vamps down with a crossbow; these are a tad less-polished than the third-person portions, but still work well enough.

Did you play any of the video games based on Buffy the Vampire Slayer? If so, what did you think – and what would you like to see in potential future releases? Let us know!