Need to blow off steam? Feel like taking your frustration out on a virtual world filled with inferior beings?

Give a god game a try.

To be fair, plenty of titles across different genres technically let you play god. With a Grand Theft Auto game, for example, you basically get to decide who lives and who dies, while the likes of Skyrim give you the power to affect synthetic people’s destiny through your choices.

A god game, though, gives you more direct and far-reaching influence over how things turn out. Plenty have been released over the years, but let’s focus on some of the best … 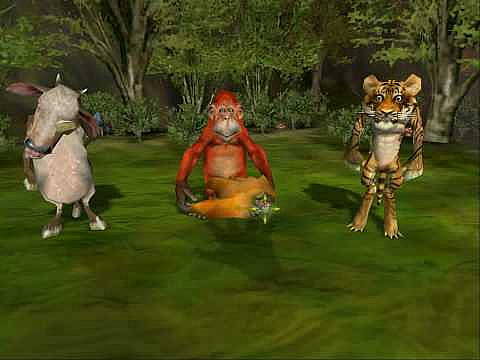 The first Black & White game casts you in the role of a mighty god overseeing an island of multiple tribes. Rather than only playing as a floating finger or cursor, though, you also influence your inferiors through the use of a handy on-screen creature.

With this brutal avatar at your disposal, you can interact with lifeforms and environments in a variety of ways – it starts out small, but gets bigger and bigger as you get through the game. You can swap your creature for others as you find them, and you basically have to cultivate its personality through developmental tasks.

The title, of course, comes from the ability to be a benevolent or malevolent deity. As you perform certain actions that affect the islanders’ perception of you, certain aesthetic changes will reflect your good or bad progress.

Black & White really does make you feel omnipotent, and the range of options available is still impressive today. 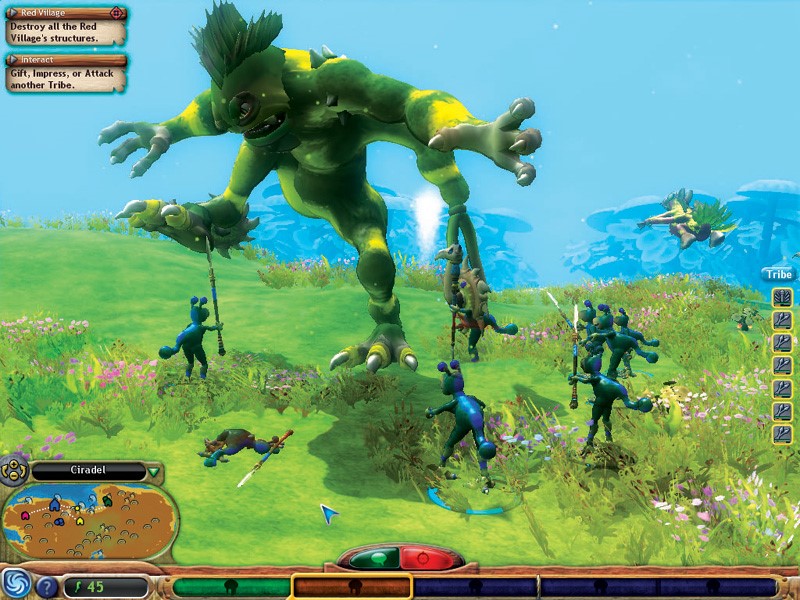 Spore’s a different type of god game, giving you control over the evolution of an entire species, beginning with its earliest stage as a microscopic organism.

You grow your species through a huge variety of stages, from its first ventures into socialisation to exploring space and meeting other forms of life. As you progress through one stage of the game, your results will affect the next, which has a knock-on effect to the next, and so on.

From the cell stage to the creature stage and on, Spore’s a deep, immersive experience with staggering scope. Different editing features give you even more freedom, too. 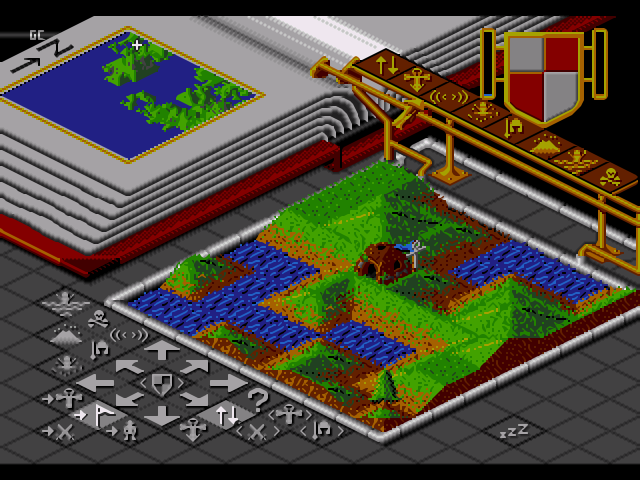 The original Populous (and for some of us, still the best) is viewed by most as the original god game. You’re thrown into the massive shoes of an all-powerful being and tasked with guiding your people across hundreds of levels, exploiting a variety of different powers.

With its isometric perspective and colourful graphics, Populous still looks great today, and it’s pretty simple to get used to: give your people flat land to build settlements on; combat your enemies; and play around with floods, earthquakes, and more.

Populous spawned a couple of other games and expansion packs, but this first release will always have a special place in fans’ hearts. 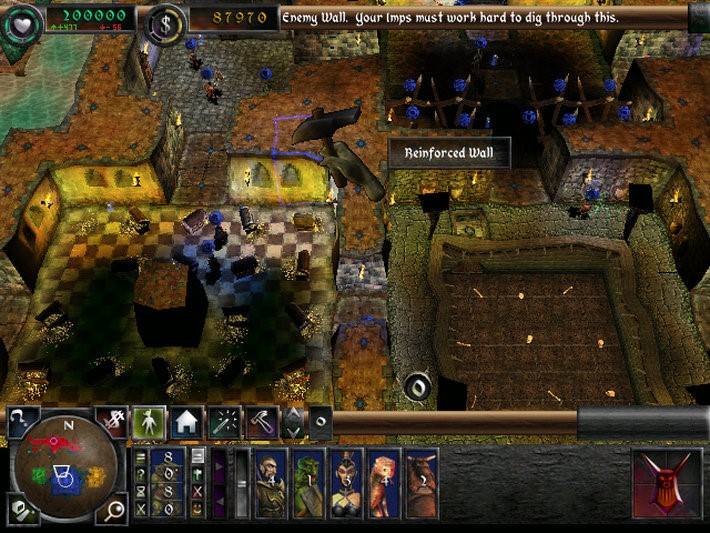 This fiendish god game is a darker experience than the likes of Populous. In the role of said dungeon keeper, you have to build and maintain your own dank pit of despair, protecting it from the uninvited explorers searching for treasure and glory.

It’s a neat twist on the classic dungeon-crawler, with you essentially killing the heroic fighters you’ve played as in other games. Your main aim is to take over the world by icing these forces of good and other dungeon keepers, through setting traps, mining, creating imps, and generally being devilish.

Dungeon Keeper’s an absolute classic, and the dark sense of humour helps to give it its own distinctive flavour. 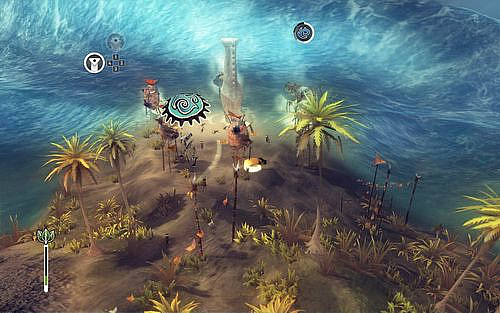 From Dust features a cool, interesting story at its core: you play as The Breath, an entity summoned by a tribe of people looking to learn more about their roots and regain lost knowledge. You can do this by building settlements, leading them to specific areas and sites, and helping them to perform various rituals.

You have control over some aspects of your environment, to combat natural disasters that might have a devastating impact – you can fight tsunamis and erupting volcanoes by using other aspects of nature against them. As you progress through From Dust, the environments become more and more challenging though, making your job harder.

Unlike some other god games, From Dust doesn’t give you direct influence over your people’s actions. Instead, your job is to help them recover lost knowledge and make their world safer – that’s it.

Ubisoft Montpellier did a stunning job creating a dynamic world that feels alive and highly-detailed, with nature behaving in an impressively believable way. 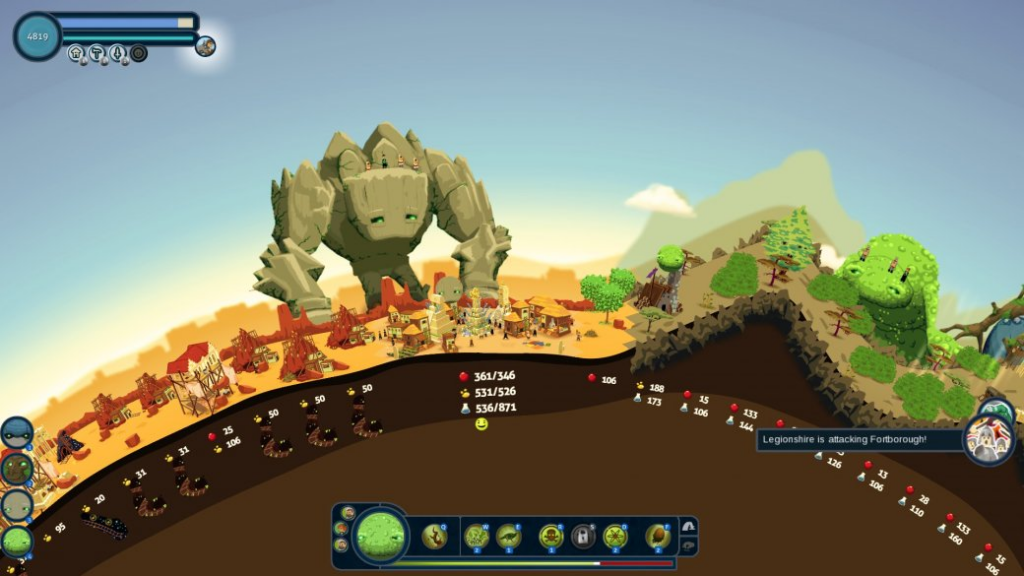 Reus is a totally different take on the god game: you control four huge elemental giants (Forest, Ocean, Swamp, Rock) able to affect their environment by shaping the land and providing people with resources.

Though you can help people out, you can’t control them, yet you can affect their behaviour depending on the resources you offer. If you give them too much, they tend to develop a nasty greedy streak and go to war with each other.

Reus might not be the very best god video game ever made, but it rocks a gorgeous visual style and a distinctive structure. You don’t always feel as in control of the world as you do in the likes of Populous, but it’s still one to try. 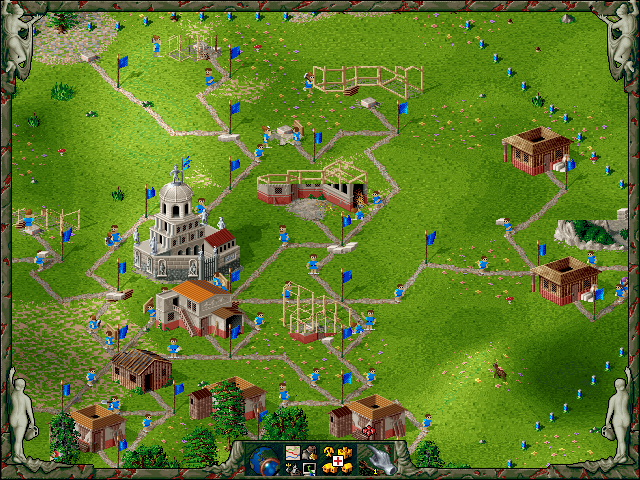 The Settlers video games might have been a tad hit and miss over the years, but the second is still regarded by many as the best of the bunch.

This was made with feedback from the original game in mind, which helped to create an improved experience for returning players. The visuals, sound, and animations were all tweaked, while a number of different races featured distinctive designs.

The Settlers II also refined the first game’s economic and battle systems, and a narrative-focused campaign was added for single players. It’s a pretty relaxing play, and while later Settlers games have better graphics and different features, The Settlers II is still a classic. 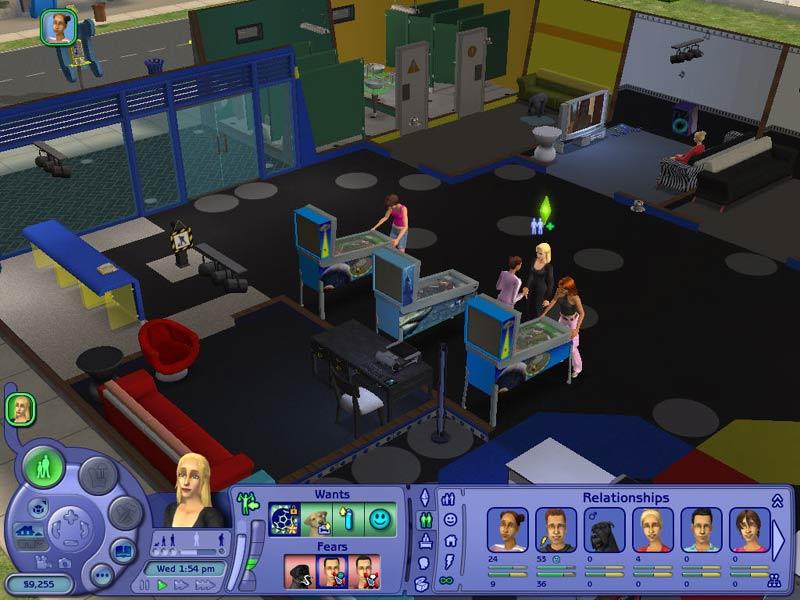 Though The Sims 2 isn’t necessarily a god game in the same way that the others on this list are, it still puts you in charge of characters’ lives. Without your taking proper care of them, your people will be in trouble – isn’t that pretty godly?

The Sims 2 featured better visuals, and added depth in multiple areas, including the ability to age through different stages of life. An aspiration system was introduced, too, as were aliens, career rewards, different meals, variable body shapes according to lifestyle, and more.

Other Sims games may have made bigger and better changes elsewhere, but The Sims 2 took the first big strides in making the series what it became. For that reason alone, it belongs on this list.

What are your favourite god games, and why? Let us know!