When classic TV shows are being remade for the small and big screen alike, isn’t it about time we started to see some shiny new video games based on classic series?

Sure, the likes of Baywatch (recently ‘treated’ to a cinematic adaptation) doesn’t lend itself to a game quite so well, but other TV shows making the leap to the big screen do. The recent Power Rangers movie, for example, might have received a mobile tie-in, but there are probably legions of fans who’d love to see a AAA release based on the original series.

Across live-action and animated shows, there are plenty of classic TV series filled with potential for awesome video games. Let’s slip on our rose-tinted glasses and look back to 10 prime candidates … 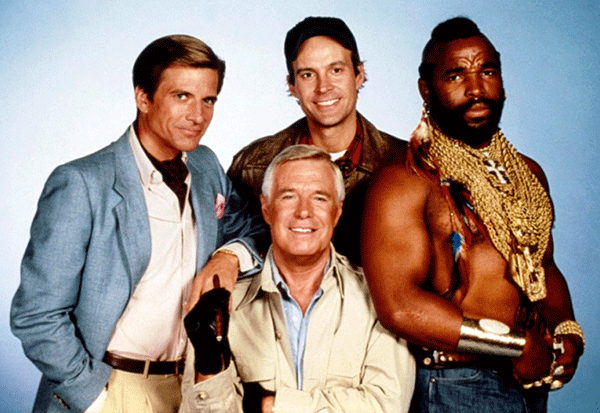 The A-Team may have been adapted into a truly mediocre movie, but this classic TV show is screaming out for a modern video game tie-in.

The series, of course, follows four former Special Forces soldiers who turn to a life as mercenaries when they’re court-martialed for a crime they famously didn’t commit. The concept could work beautifully in a new game, with players able to take on different jobs, evade the authorities, and perhaps construct weapons from unlikely household materials.

This latter element could actually work as a mini-game: you’d be under siege from a squad of enemies and be required to combine ‘ingredients’ to tweak your weaponry or vehicles.

Being able to drive the iconic van, switch between the four characters, and hear that theme during action scenes would be a blast. Of course, for extra authenticity, you’d only get to shoot at the ground around enemies’ feet instead of blowing their heads off … 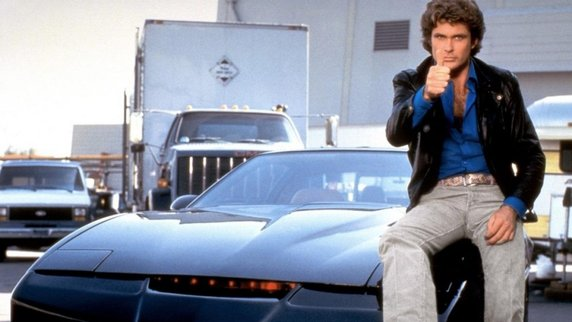 Picture this: you’re playing a video game starring David Hasselhoff, and his 1980s-era look has been captured perfectly with the latest graphics.

Well, even if that’s not enough to convince you, let’s not forget Knight Rider also starred a talking car and one of the most memorable theme tunes ever. You could hop in and out of KITT as and when you like, allowing you to live out your Hasselhoff-related fantasies (assuming these involve kicking butt and exploring open environments, of course) one minute before tearing through streets in KITT the next.

A Knight Rider game was released back in 2002 / 03, but it wasn’t quite what fans might have hoped for. With the long-gestating big-screen adaptation seemingly easing itself out of development hell, the chances of seeing a new Knight Rider game may get higher in the next few years … 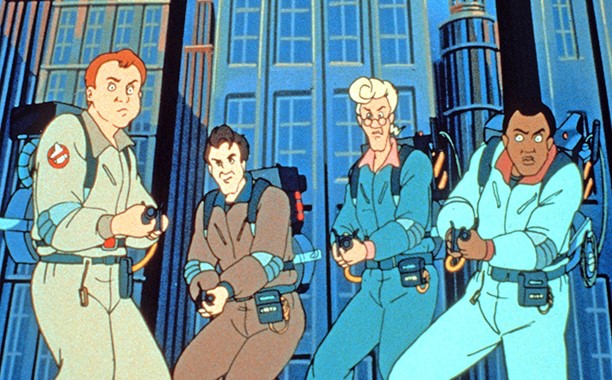 Despite first airing way, way, WAY back in 1986, The Real Ghostbusters is still beloved by fans today. Considering how old it is, the series still stands up well, with decent writing and solid voice-work; it’s also just fun to spend more time in the company of Venkman, Stantz, Zeddemore, Spengler, and co. outside of the movies.

A modern video-game based on The Real Ghostbusters could be a terrific follow-up to 2009’s Ghostbusters: The Video Game. Imagine the same gameplay, but with the colourful visual style of the animated series, with many of the same ghosts and vehicles showing up.

While The Real Ghostbusters was aimed at kids, it still had spooky moments, and the game would work best combining light-hearted humour with genuine scares (just as the 2009 release did so well). 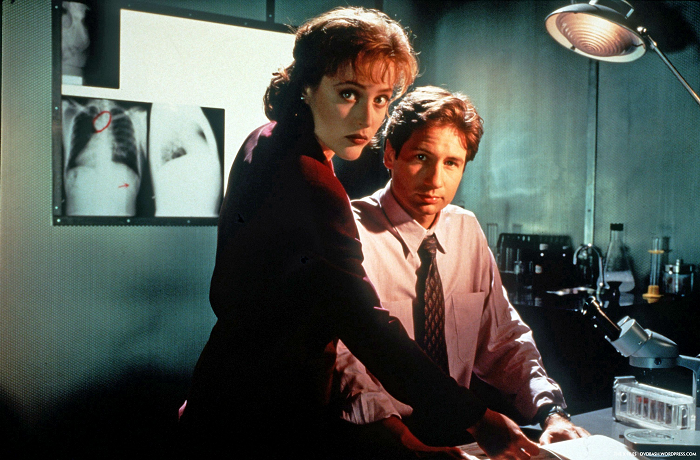 Without a doubt, The X-Files is one of the most iconic TV shows ever, and its recent revival showed there’s still a huge fan-base out there.

Still, despite its popularity, there have only been three X-Files video games over the years (and one of them was barely a game at all). The first – imaginatively-called The X-Files Game – came out in 1998, but was something of a mixed bag.

In its favour, it featured the main cast here and there, and actually let you do some detecting, but it wasn’t particularly fun … nor did you get to play as Mulder or Scully! At the time, it would have been a great move to basically ape Resident Evil – but we had to wait until 2004 for that.

Said Resident Evil clone, titled The X-Files: Resist or Serve, was a far better game, sold as three ‘lost’ episodes from the seventh series. Duchovny and Anderson on voicing duties, and the direction, music, sound effects, and dialogue was all X-Files through and through.

Sure, it wasn’t perfect, but it made terrific use of the fixed-camera, vintage-Resident Evil format.

A modern game based on The X-Files would work best as an Alan Wake-style experience (which was clearly influenced by the series itself). Running through dark woods and deserted towns, equipped with a torch and a handgun, without the awkward fixed angles – it could be incredible!

With a second revival series heading our way, there’s still plenty of reason to invest money in a AAA X-Files game … fingers crossed we actually get one! 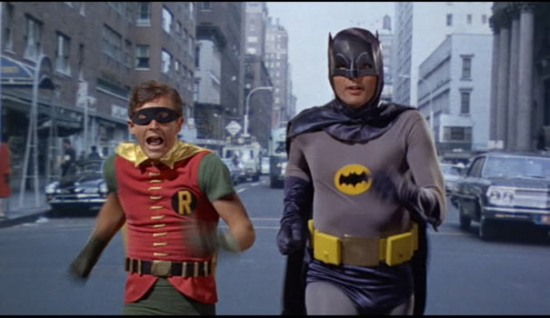 Okay, so we’ve had a slew of Batman games, and the Arkham series was as good as it gets (so far, anyway), but there’s always room for more.

What we want to see is an adaptation of the 1960s Batman series. Imagine a game based around the late, great Adam West and Burt Ward’s campy crimefighters, complete with their iconic Batmobile, Batcopter, and Shark Repellent Bat Spray – wouldn’t it be magical?

This should retain similar gameplay to the Arkham series but take a completely different approach: you could beat thugs up with extravagant moves (with the famous onomatopoeic words popping up on screen), raid villains’ stylish lairs, and even head to a club for a little bit of Batusi action.

The colours, music, and dialogue alone would make this a treat – throw great gameplay in as well, and it could be one of the best Batman games ever made. 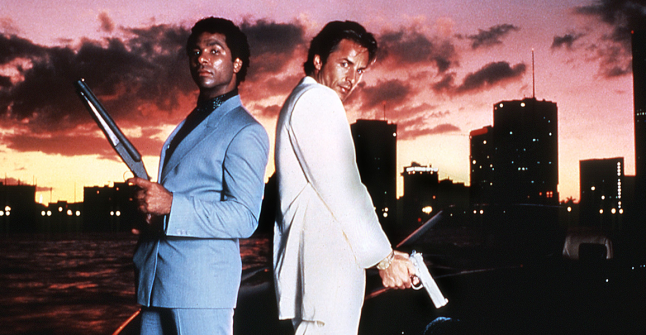 He-Man has featured in several video games since he first appeared on our screens in 1983 (yikes!), with He-Man: Defender of Grayskull being the most recent (2005).

While that game was decent enough, 12 years on there’s real potential for a deep, exciting adaptation. With the oft-threatened movie reboot getting closer and closer, the time could soon be ripe for a major game starring the character and his pals.

Eternia’s an ideal setting for an open-world adventure, and the cast of heroes & villains would work brilliantly. You could even switch between them (if you wanted), and playing as Skeletor would be very, very cool.

He-Man and the Masters of the Universe 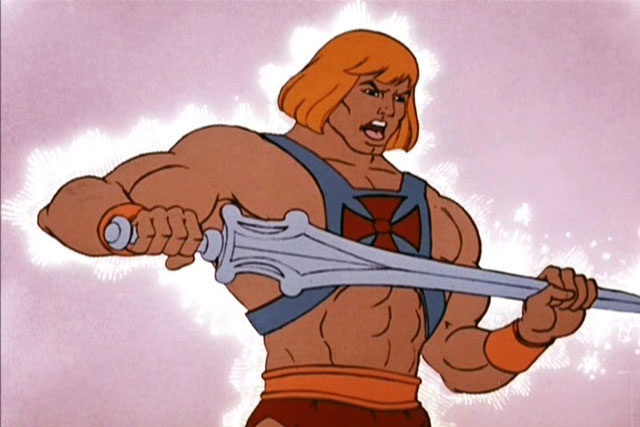 He-Man has featured in several video games since he first appeared on our screens in 1983 (yikes!), with He-Man: Defender of Grayskull being the most recent (2005).

While that game was decent enough, 12 years on there’s real potential for a deep, exciting adaptation. With the oft-threatened movie reboot getting closer and closer, the time could soon be ripe for a major game starring the character and his pals.

Eternia’s an ideal setting for an open-world adventure, and the cast of heroes & villains would work brilliantly. You could even switch between them (if you wanted), and playing as Skeletor would be very, very cool. 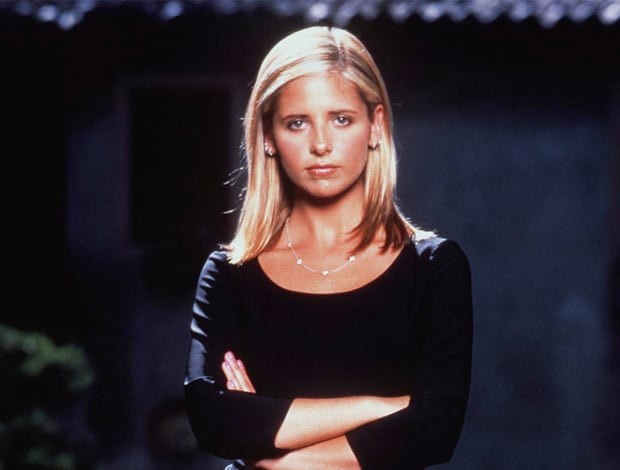 Buffy Summers has starred in several video games since she debuted 20 years ago, and a couple have been pretty good. However, there’s so much potential in the material, we’d love to see a big, explosive adventure with an open Sunnydale free to explore.

You could have your main narrative, of course, with Buffy and the Scooby Gang working to bring down a Big Bad, but think of everything else you could do.

Wander through town on patrol, take down vamps at the graveyard as they emerge from the ground, head over to the Bronze to check-in with pals and enjoy a bit of live music, train with Giles … it could be something truly special. 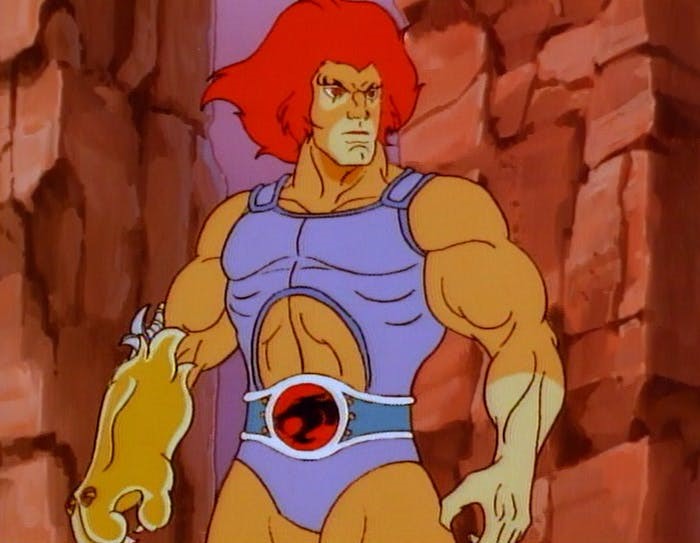 Easily one of the most well-loved animated TV shows of the 1980s, ThunderCats still has a committed fan-base, which only grew bigger thanks to the superb 2011 reboot. Like He-Man and the Masters of the Universe, ThunderCats features an awesome cast and a great setting, with plenty of scope for a huge adventure game.

We’d love to play as Lion-O, Cheerara, Panthro, Tygra, WilyKit, WilyKat (and Snarf!) in a huge open-world game. Mumm-Ra would make for a great final boss, and there’s enough mythology & locations to inspire an epic storyline.

Today’s visuals would allow for a stunning recreation of the characters, and if it were good enough, could appeal to fans of the original and reboot series alike. 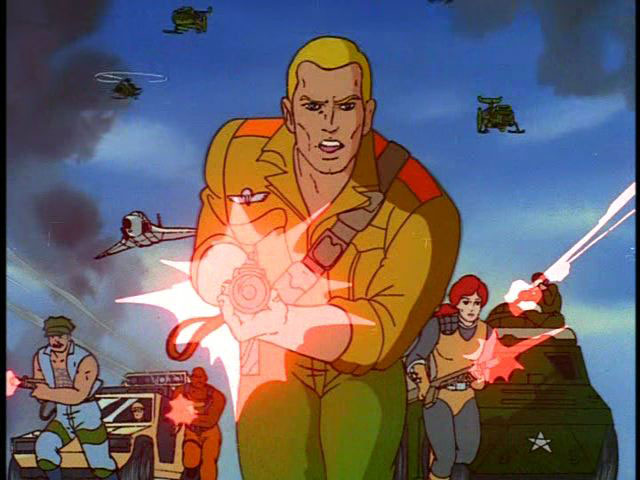 G.I. Joe has been adapted into two weak live-action movies (though these were based more on the comic-books than the TV show), but it’s the ideal concept for a huge, visceral, action-packed video game.

There’s still a lot of love for G.I. Joe, and a game featuring the full cast across different playing styles would be awesome. You could play as the Joes or Cobra, with a unique campaign for each, and gameplay would best comprise shooting, on-foot exploration, hand-to-hand combat, flying, driving, and boating … pretty much warfare across land, air, and sea!

Ideally, this would retain the more colourful, dynamic look of the TV show and classic comic-books, rather than going for a grittier style. The last G.I. Joe console game was based on the first live-action movie, but is probably nobody’s ideal adaptation.

A mobile game – G.I. Joe: Battleground was available for a while before being pulled, and G.I. Joe: Strike is another mobile release (based solely around everyone’s favourite mute ninja, Snake Eyes). With the latest hardware, though, a console-based G.I. Joe game could be a beautiful thing.

Come on, Hasbro – give the licence to a great developer and let’s make this happen!

Which classic TV shows do you think would make great video games? Let us know!