Are you ready for your next adventure into a word of assassination? Assassin’s Creed Odyssey will drop you into Ancient Greece, and into a game world more detailed than any other Assassin’s Creed title before it. Start playing NOW with the Gold or Ultimate editions of the game on Xbox or PC!

With this newest release in the long running Assassin’s Creed series, the developers wanted a story that had never been done before– so, they let the players themselves create it. The combat is fluidly executed, the world is huge, rich, and diverse; and the path through it all is decided by you.

You’re the author or your own Odyssey in the newest Assassin’s Creed title. The magic and mythical wonders of ancient Greece have been fully realized in a massive, detailed game world. It’s a world that you’ll get to make your own with over 30 hours of different dialogue choices that can permanently change the ending to the main quest.

Be the Hero You Were Born to Be

Fulfill your destiny as one of two playable characters in Assassin’s Creed Odyssey: Alexios or Kassandra. You grew up in Sparta, were trained in combat, and nurtured by a loving family. But, when your life comes crashing down around you , the support you had is gone, and your family turns their back on you.

Now it’s up to you to put the pieces of your life back together by mending a legendary broken spear– the spear of Leonidas– a powerful weapon that can unlock a secret about your past. Can you rise from your outcast status and forge a path to become a legendary Spartan hero? It’s in your blood, but it’s up to you to make the right choices.

Assassin’s Creed Odyssey releases on October 5th, but you can get in the game right now if you pre-order the Gold or Ultimate editions of the game! There are awesome bonuses to every edition though– here’s what they are: 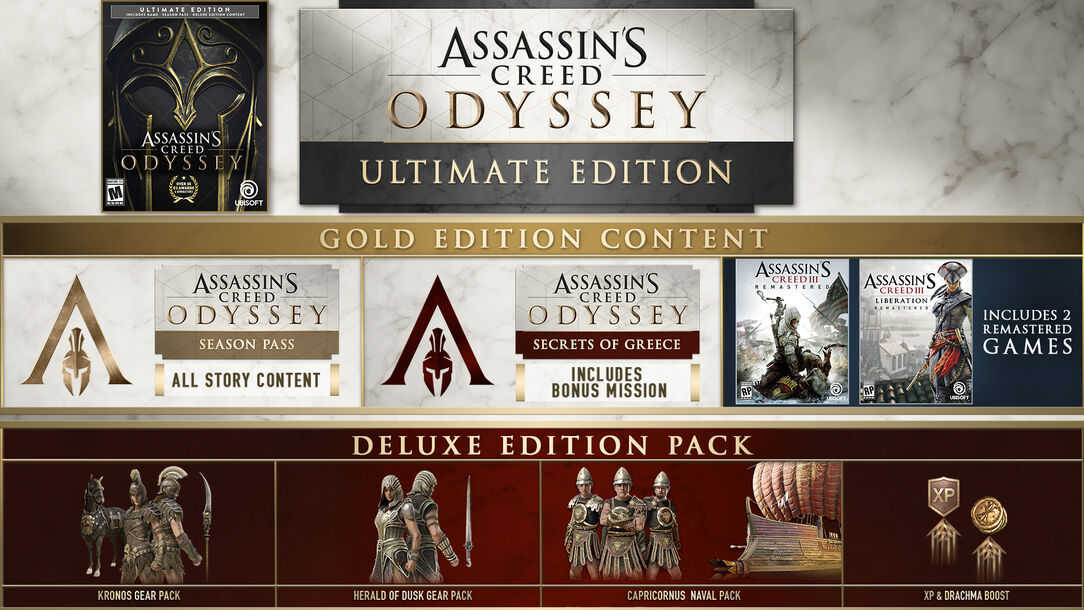 Pre-order the Standard Edition get the base game and also The Blind King– a bonus DLC mission with exclusive rewards– free with your purchase.

A pre-order of the Deluxe Edition will get you everything from the Standard Edition, as well as exclusive gear to start off your adventure right:

The Kronos Pack – Including an epic set of armor, an epic weapon, and an epic mount

The Herald of Dusk Pack – Another rare armor and weapon set with special abilities! Perfect for a full-stealth style character.

The Capricornus Naval Pack – Including a unique ship design and crew theme! With the challenging naval warfare gameplay of Odyssey you’re going to be glad you picked this up

3 Days Early Access – If you want early access instead of the limited edition gear, then go with the Gold edition. Pre-order today to start playing right now.

Season Pass – You won’t have to worry about your journey coming to an end. Odyssey’s developer have a plan for a massive amount of continued content coming your way after launch, and the Season Pass is the only way you’ll get access to all of it.

As the name states, this is the “ultimate” package. You get everything. The gear, early access, and season pass. Read on to find out more about what’s in store for Odyssey’s continued content after launch.

With any edition of the game, players will get access to a consistent stream of post launch content. This content will range from extra story missions entitled “The Lost Tales of Greece”, to daily/weekly “contracts”, and even the release of new epic gear each week! But those that pick up the Season Pass will get even more:

Assassin’s Creed Odyssey’s Season Pass will follow two major storylines, each broken up into 3 episode segments. The first of these storylines will be Legacy of the First Blade. This large DLC arc will release in December, and will center around the mysterious arts of the “hidden blade”. The Fate of Atlantis will be the title of the second 3 episode storyline, and it is planned to begin in Spring 2019. Who knows what mysteries the sea will hold… 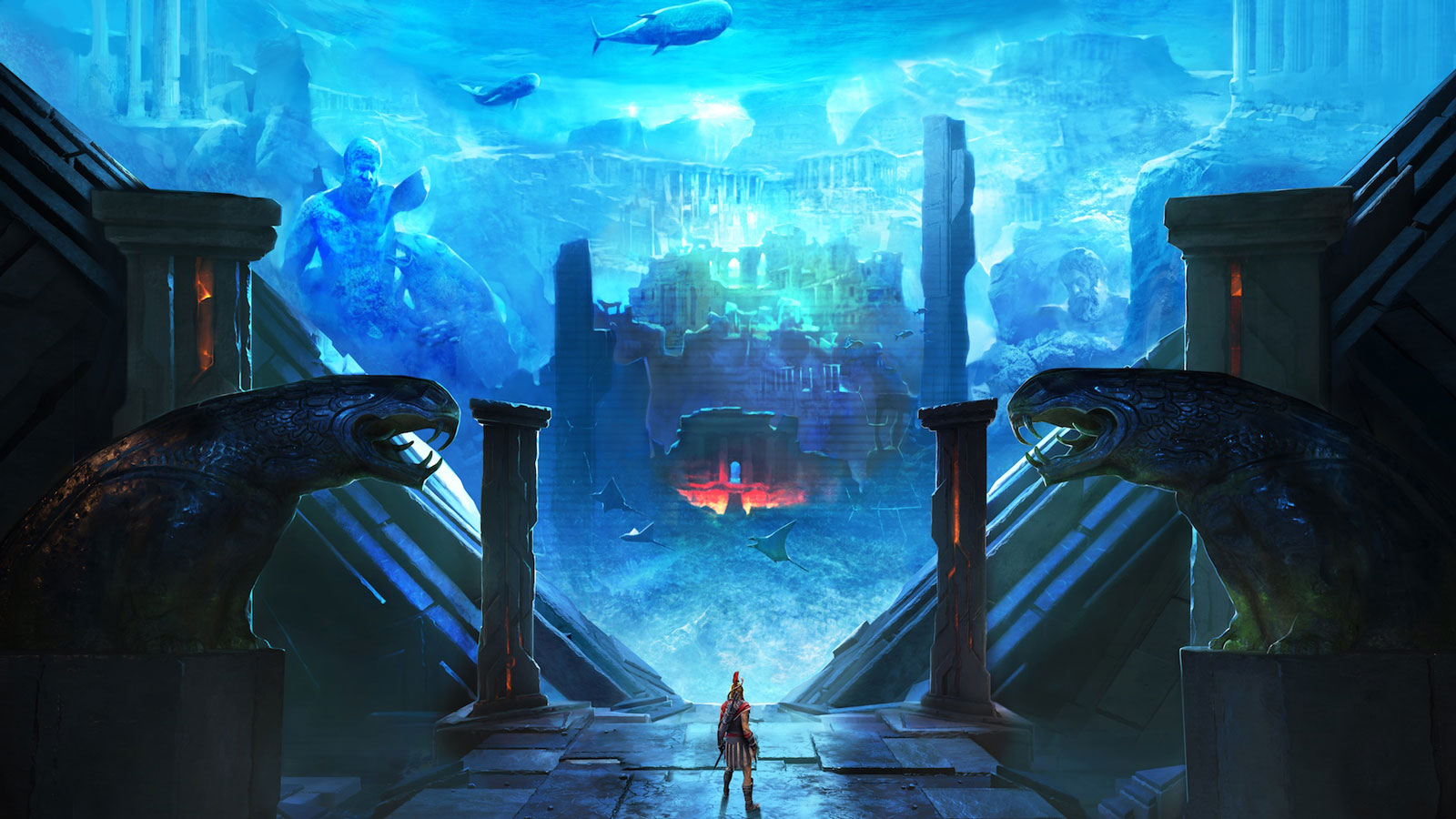 Ubisoft releases a lot of Assassin’s Creed games, but this one feels like a significant advancement in the series. The story driven narrative and diverse choice system look to elevate the series to a new level. Whether you start playing today with the Gold or Ultimate Editions, or wait until the full release on Friday, let us know in the comments what you think about this newest AC title!