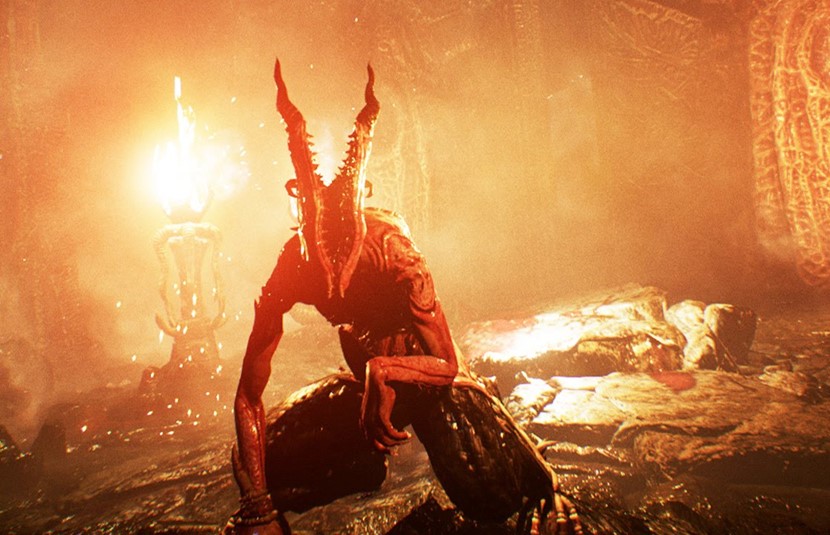 Agony is a brand new first-person game set for global release on March 30th. This survival-horror nightmare takes place in Hell – a great location for any game, but especially one with so much potential.

Madmind Studio has funded Agony through a Kickstarter campaign, and it looks like they’ve put the money to fantastic use. The footage and details released so far suggest Agony could be one of the darkest, strangest, and most flat-out scary games released for a while.

Agony is a first-person game without any guns or traditional weaponry. You play as one of the many tormented souls in Hell, with no memory of who you were in life or why you’re rotting in this doomed place.

However, unlike the other beings populating the land of fire and brimstone, you have the power of possession. By taking control of Martyrs and demons, you will get access to a variety of different skills and abilities that will help even the odds a little. 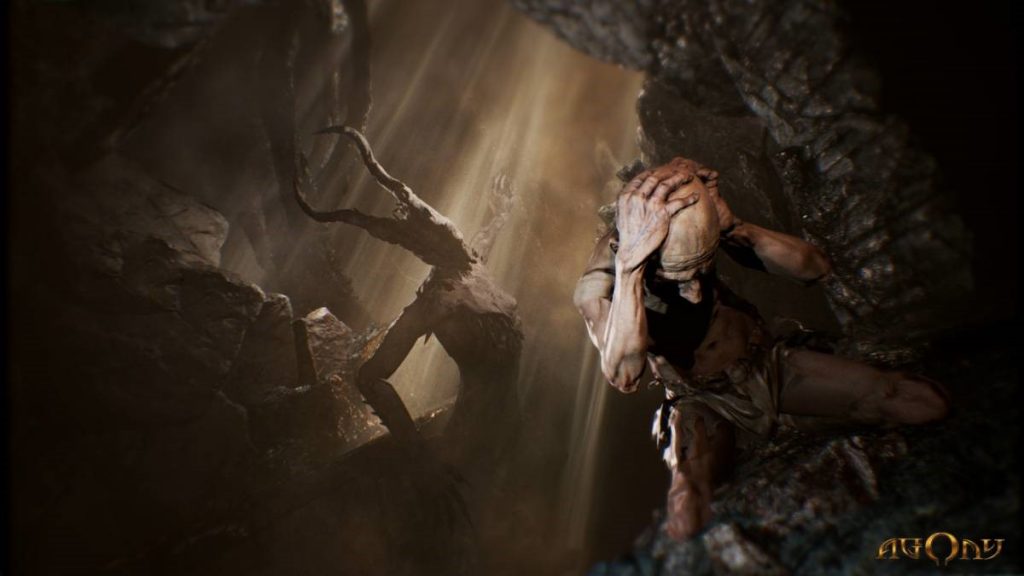 The level of powers you will receive when you possess other characters will vary, depending on whether you pull this trick on demons of a higher or lower strength. These abilities will make surviving Hell and its stronger inhabitants a tad easier, and grant access to areas you might not get into otherwise.

How you’ll get out of Hell is still something of a mystery, though we’re told you need to meet with the horrific Red Goddess.

A brief trailer was released to present this brilliantly-named character – and she looks just as utterly nightmarish as you’d imagine. The footage revealing her is only brief, but it packs quite a punch, just like the other gameplay clips showcasing Madmind Studios’ work.

Everything about Agony looks brutal and grotesque. Horned demons look set to feature heavily, as you’d expect, but the creature designs are incredibly inventive. The Madmind Studios team have clearly put their own creative twist on classic images of Hell, filling the game with visions of torment and despair, and navigating the dark, scorched locations should keep even the most experienced survival-horror fan on their toes.

Madmind Studios is made up of developers with experience on AAA titles like The Witcher 3 and The Division, which explains why the game is shaping up to be so beautiful. The environments look and feel alive, while the monsters lurking in Hell are brilliantly rendered.

Footage shows the player sinking a finger into someone’s eyeball, demons with hideous yet sexual forms, and the narration describes tormented entities being skinned, tortured, and generally having the kind of bad times you might expect of Hell.

All this means Agony will probably demand a strong stomach, and give lovers of survival-horror a powerful experience.

What can You Expect from Agony’s Gameplay?

Combat will feature in the game, though exploration seems to be the main aim. The different abilities unlocked by possessing various characters will add a magical-based dimension to the action too.

Throughout the game, you’ll need to rely on stealth to get around demons to boost your chances of surviving. In this sense, it should be reminiscent of Alien: Isolation and certain other horror-centric games, with you needing to hold your breath to remain undetected. 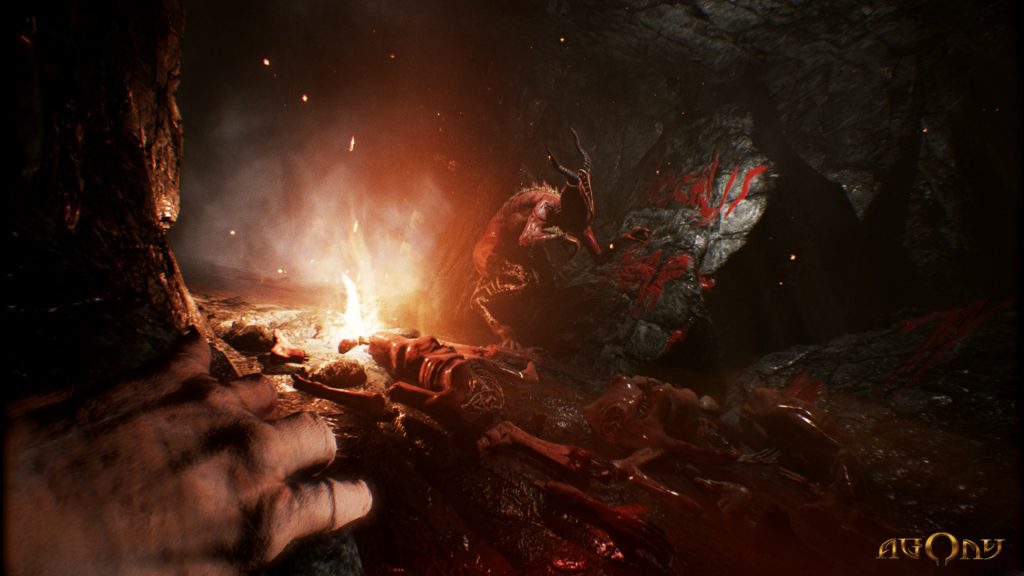 As anyone who remembers guiding Alien: Isolation’s Amanda Ripley into a locker to hide for minutes at a time will know, breath-holding mechanics require some precision to stop you exposing your position by gasping at the wrong moment. This need for stealth and to avoid combat will only add to the overall sense of suspense and oppression throughout Agony.

Agony will feature a Story Mode set to deliver around 12 to 14 hours of gameplay, with plenty to keep you coming back again and again. Seven endings will be available, each unlocked by your actions and decisions, while alternative routes are included to add diversity.

Collectibles (including paintings and statues) will be scattered around environments too, offering something extra to search for if you want to achieve 100 percent.

As well as Story Mode, Agony will include Agony Mode. This lets you play through levels which are procedurally generated, to give you a different experience each time. If you love the way Agony plays and its atmosphere, the Agony Mode will give you short bursts of the action outside of the main mode.

If you haven’t checked out any of the trailers or gameplay clips for Agony yet, give them a try (but be warned: they’re filled with some pretty disturbing content). All in all, Agony looks like it could be an exciting, terrifying game for adult gamers when it hits the PS4, Xbox One, and PC on March 30th.

Agony is an upcoming first-person survival-horror game set in Hell. What do you think of the footage revealed so far, and are you excited to finally play it when it’s released in March?