The wastes of Appalachia can be a dark and deadly place. Never fear though. Here are five things you need to know to survive Fallout 76. It might seem hard to believe, but you can deck your character out in power armour right after you leave Vault 76. Well… the power armour chassis, really. You have to wait until level 40 to use the full armour set, but that’s OK. The chassis alone will provide you with a huge strength and stat boost that will help you survive the early game.

To find this set of power armour head directly east from Vault 76. Make your way to the Morgantown Trainyard and look for an open train car marked “USA”. Inside will be the armour you’re looking for!

Can’t find it? That means another player grabbed it before you. But don’t worry; simply log out to the menu, and log back it. This will connect you to a new server and give you a new shot at claiming the power armour for yourself.

Sometimes a Simple Shack Is All You Need 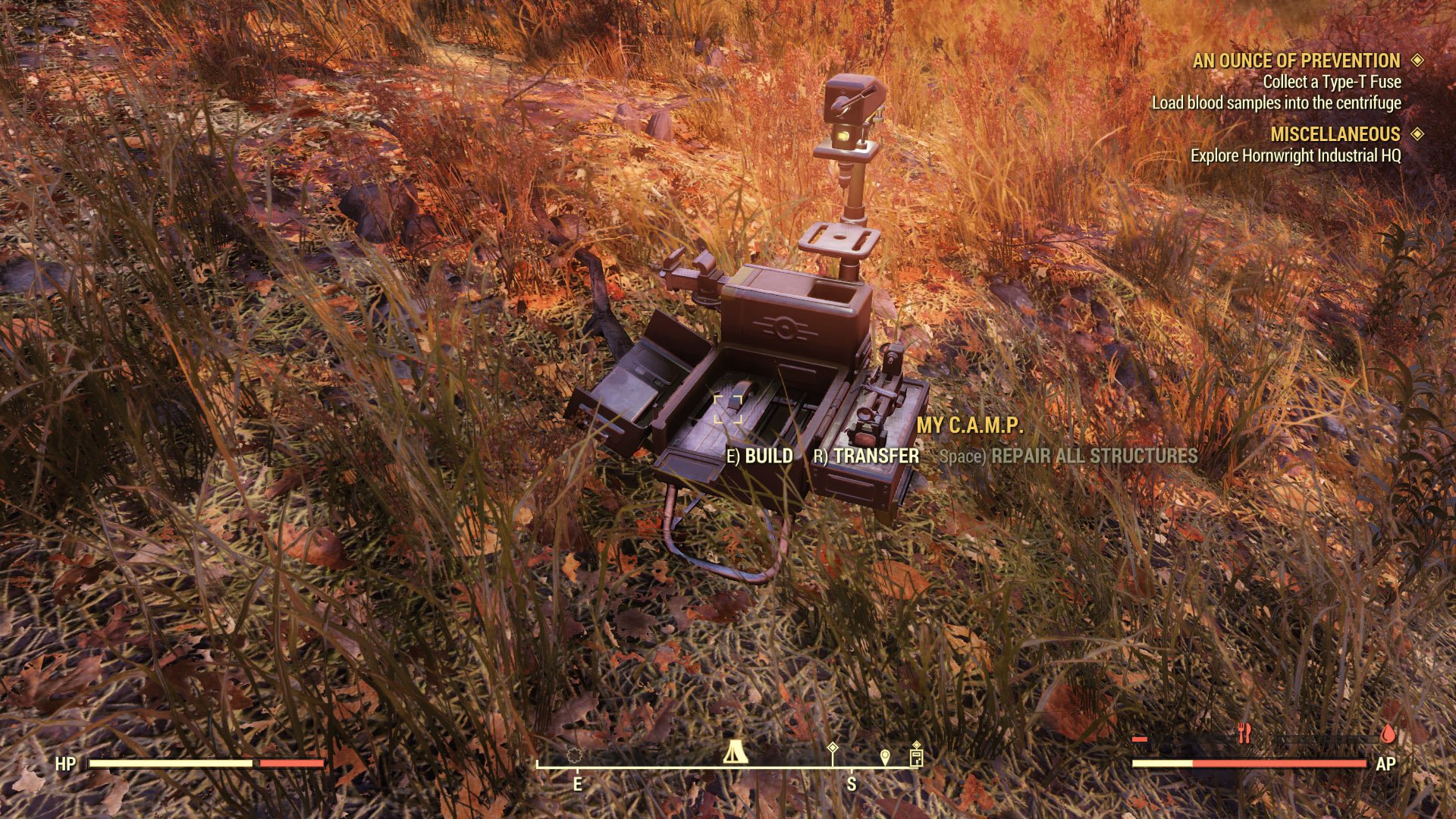 Setting up a home base in Appalachia is much more important than it was in Fallout 4. Because of the increased emphasis on crafting and survival in Fallout 76, your C.A.M.P. is a useful refuge where you can prepare for your next adventure.

Start simple, and build the essentials first. A bed to rest on, workbenches, cooking station, and a Stash Box are important to survive Fallout 76– so build those first. After that, move onto food, a water source, and strengthen defences.

Wondering why you can’t use those water purifier plans you picked up, or find that mirelurk-cake recipe at your cooking station? We were wondering the same thing…for longer than we’d like to admit. To use any plan or recipe you’ve discovered you need to open your Pip-Boy, and click to learn it– this won’t happen automatically when you pick it up. Why, you ask? It’s so you have to option to trade or sell the plans if you choose to, and boy is this a tip we wish we’d known from the beginning! Caps are not as plentiful in Fallout 76 as they were in previous entries in the series, so don’t go spending them willy-nilly. Caps are required if you want to move your C.A.M.P. to a new location, or any time you need to fast travel. Fallout 76’s map is four times the size of Fallout 4, so walking from one end to the other could take you a long time!

PvP Is Up to You in Fallout 76

Many other players you meet in Appalachia will be willing to trade, team-up, and lend a helping hand. There are always those few, however, that just want to watch the world burn. Don’t worry; if you don’t want to engage in PvP (Player vs Player) combat, you don’t have to!

If another player attacks you first, they’ll only do a very small fraction of their actual damage potential. How you respond is then totally up to you. Do you ignore them? Try to reason with them? Or you can always load your shotgun and fire back! The choice is yours when it comes to PvP in Fallout 76, much like everything else in the post-apocalyptic open-world of Appalachia.

Have you started your journey outside the Vault? What’s the coolest thing you’ve found so far? Let us know in the comments!