Sonic’s an icon of the gaming world, but it’s no secret he’s fallen out of favour with some who loved his earliest adventures.

Pretty much everyone stepped into the blue hedgehog’s shiny red-and-white shoes back in the days of the Sega Genesis / Mega Drive, Master System et al., but for the most part, Sonic’s more recent adventures have been met with lukewarm (or flat-out icy) receptions (except for Sonic Generations and Sonic Colors).

Still, the fast-paced platforming, ring-collecting, and animal-rescuing action has kept hardcore fans returning to those first three or four main releases for over 20 years – and, at last, Sega might be bringing us the sequel Sonic deserves.

That sequel is Sonic Mania: a return to the super-fast, straightforward 2D action of the hedgehog’s glory days. Why should you be excited for it?

The Return of Classic Zones 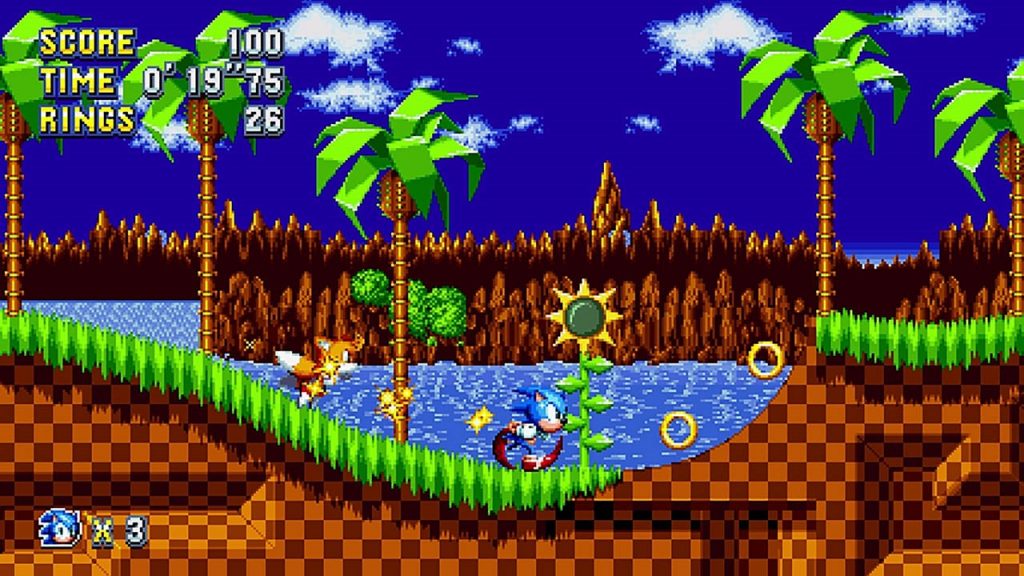 Green Hill Zone is the quintessential Sonic the Hedgehog zone. For many of us, it’s still the first area we ever explored as Sonic, so seeing it again with a shiny new look is a pretty nostalgic thrill.

Sonic Mania’s Green Hill Zone seems to be exactly as it should, with greens, blues, and browns popping out of the screen, and many of the same enemies flying / scuttling around. The Chemical Plant Zone, from Sonic the Hedgehog 2, is back, with all those unforgettable blue tubes and that incredible music.

New zones have been created too (Mirage Saloon, Studiopolis), and they look like a lot of fun, but it’s terrific to see such important stages coming back. 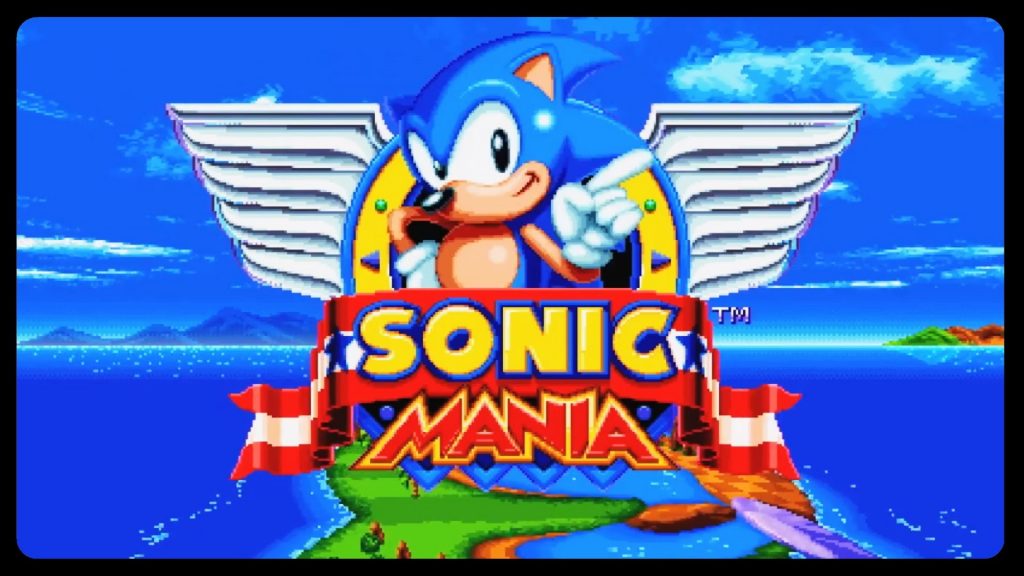 Fans of old-school games (Sonic or not) welcomed the revelation that Sonic Mania will feature an optional CRT filter (though it’s switched-on by default). This addition might not do much for players who are coming to this having never been near a classic Sonic game before, but for those looking to recapture some of that old magic, the CRT filter is a genius touch.

Even without this, Sonic Mania could easily be mistaken for a ‘lost’ Sonic game from the 90s. The menu design, the animations, and the music all have that classic Sonic feel, sure to delight long-term fans who think the character lost his way some time ago.

Major Fan Input Behind the Scenes 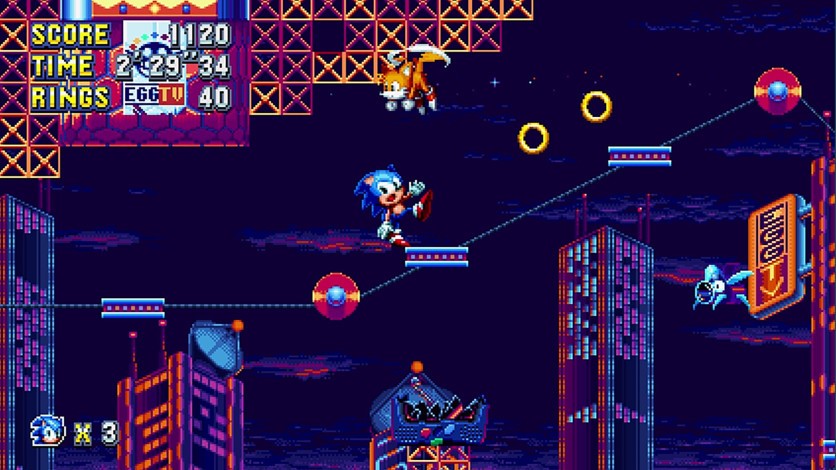 One of the most exciting aspects of Sonic Mania? Christian “Taxman” Whitehead’s involvement.

Whitehead is an Australian programmer best-known for his updates of the classic Sonic games, originally in an unofficial capacity – until Sega realised how outstanding his work was. He’s now the lead programmer on Sonic Mania, which goes some way to explaining just how that retro look and feel has been recreated so perfectly.

Having someone onboard who clearly loves and ‘gets’ what makes those early Sonic games so beloved is a smart move on Sega’s part, and the passion he (and the rest of the development team) have brought should deliver an unforgettable return to form for Sega’s mascot.

The Welcome Return of Some Familiar Faces 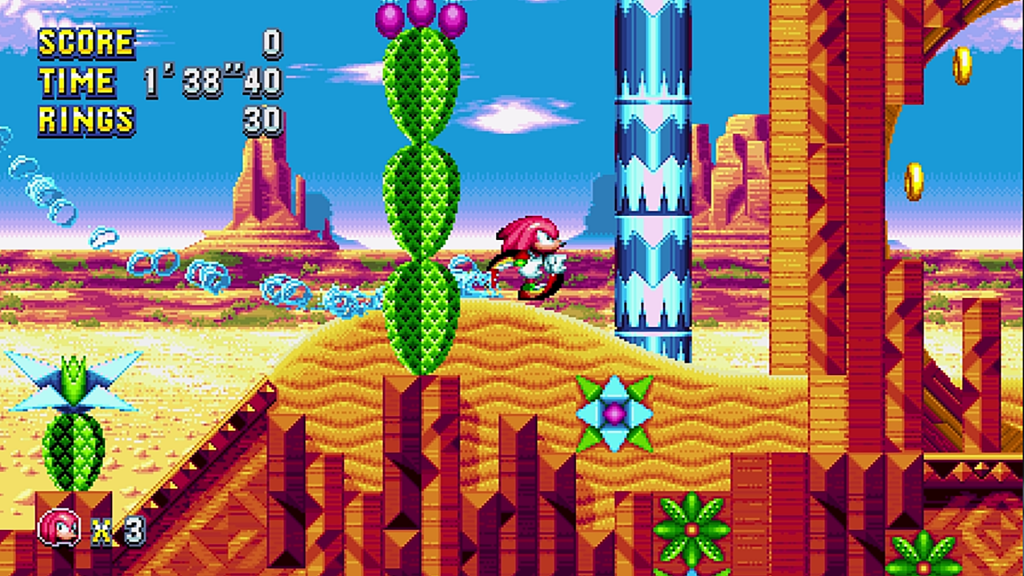 Tails and Knuckles are playable in Sonic Mania, and you can pair Sonic and Tails together just like the old days. Sure, they’ve both appeared in more recent Sonic the Hedgehog games, but seeing them at their 16-bit best here shows just how successfully Sonic Mania recreates the likes of Sonic 2 and Sonic & Knuckles.

Having Tails at your side is always helpful, while playing as he and Knuckles provide a different experience, interacting with environments differently. Tails can fly to reach areas too high (or too difficult) for Sonic to reach, while Knuckles can climb walls and glide.

So far, it seems Shadow the Hedgehog’s nowhere to be seen … 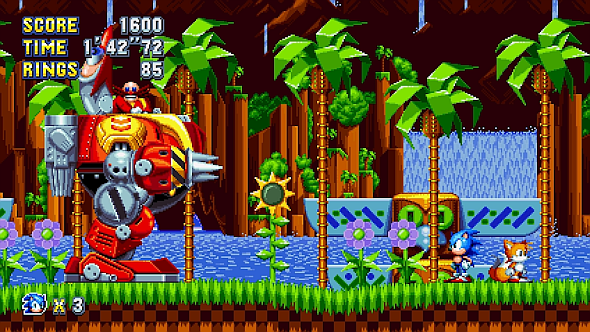 Sonic Mania is due for release across PC, PS4, Nintendo Switch, and Xbox One on August 15th, with the standard download version retailing at a bargain price. It’s a smart but understandable choice: while it’s a new game with fresh content, its aim is to bring back the Sonic action we know and love. Charging players high prices for an experience they might feel they’ve had before could have been proven alienating.

On top of this, various Sonic games have left many a player disappointed – would they be likely to pay the same for a retro-themed game costing the same as a standard AAA release?

Keeping the price lower than many big new releases makes it an even-more tempting proposition, and one countless players will (hopefully) lap up.

What do you think of the forthcoming retro-style Sonic Mania? Let us know!