Marvel and Capcom have thrown their respective heroes and villains against each other in multiple games over the years.

Marvel vs. Capcom 3: Fate of Two Worlds debuted back in 2011, and was the most recent core game (barring rereleases like Ultimate MVC3 and Origins). It was an absolute blast, but lacked real depth.

Fans have been left waiting a long time for a fresh opportunity to pit such disparate characters against one another – but Marvel vs. Capcom: Infinite is due to land in just a couple of months. It has plenty to live up to, but looks set to be every bit as fun as previous instalments, with a few welcome changes here and there.

Want to know more? Let’s take a look at 5 reasons you should be excited to get your hands on it … 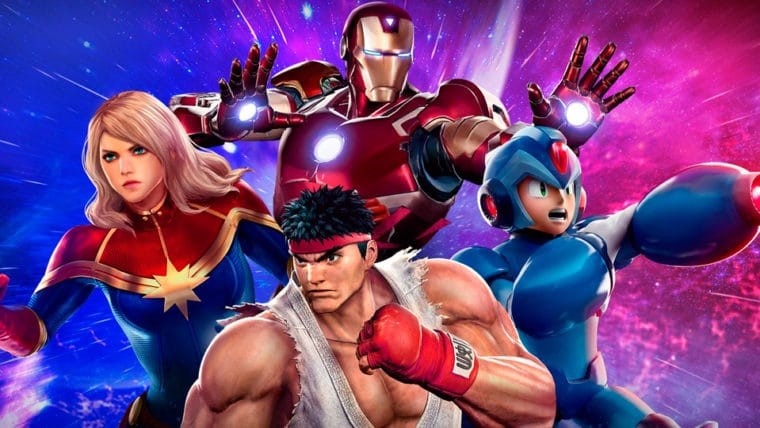 One key criticism of Marvel vs. Capcom : 3 Fate of Two Worlds was the lack of single-player content (though the Ultimate version made up for that, a tad). There really wasn’t much to do once you’d played through the Arcade mode with your favourite characters, aside from Mission Mode.

This changes with Marvel vs. Capcom: Infinite, though. Capcom have introduced a new two-hour cinematic story mode, focusing on the heroes’ battle against Ultron-Sigma. This is a smart move, considering how Marvel is now known more for its big-screen adventures than anything else.

Fans coming to the game from the MCU will welcome a narrative and dramatic beats they recognise, and players coming over from the Injustice games will also be catered to ,,, though this story mode might not be quite as epic or deep as theirs.

We’ll have to wait and see …

The Game is More Accessible than Previous MVC Entries 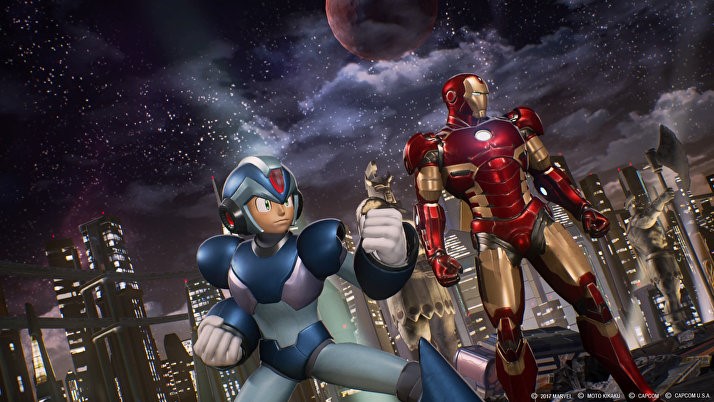 Capcom have designed Marvel vs. Capcom: Infinite to be more accessible than earlier entries in the series. Hardened fighting-game aficionados might have taken to MVC 3 like Deadpool to a chimichanga buffet, but less-seasoned players could easily be thrown in at the deep end.

Marvel vs. Capcom: Infinite features just two kicks and punches (rather than three), and fights now pit teams of two against each other instead of three.

Capcom have reduced the team sizes to prevent fights becoming too messy or complicated, which could happen, especially if you kept tagging a near-KO ally by accident. This is less likely with two fighters, and should mean casual players get used to the idea of a more basic tag-team structure without being overwhelmed by switching between three characters.

You’ll also be able to tag when one fighter is being attacked, allowing you to counter with your ally. 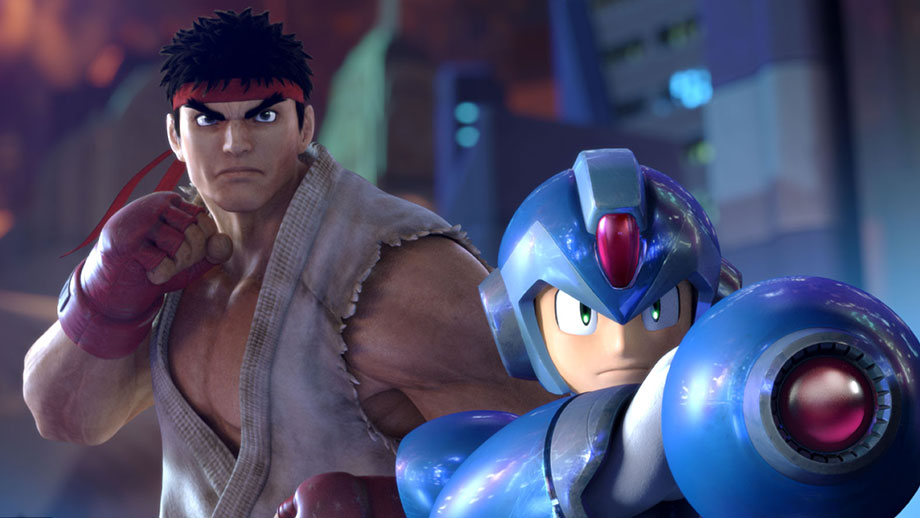 In Marvel vs. Capcom: Infinite, Capcom will introduce a universal set-up for moves and combos, eliminating the need to remember different inputs from one character to the next. No complicated directional inputs will be needed either!

You’ll be able to trigger a Hyper Combo by pressing Heavy Punch and Heavy Kick together, and repeatedly tapping Light Punch activates the Ground Combo. You can spice your Ground Combo up, though, by throwing a couple of Heavy Kicks into the mix.

This enables you to kick serious butt with a long, brutal combo just by hitting one button over and over. It’s sure to divide players, but at least Capcom are trying something fresh – if it doesn’t work, they can always go back to ‘the old ways’ for future releases.

Infinity Stones Make You More Powerful than Ever 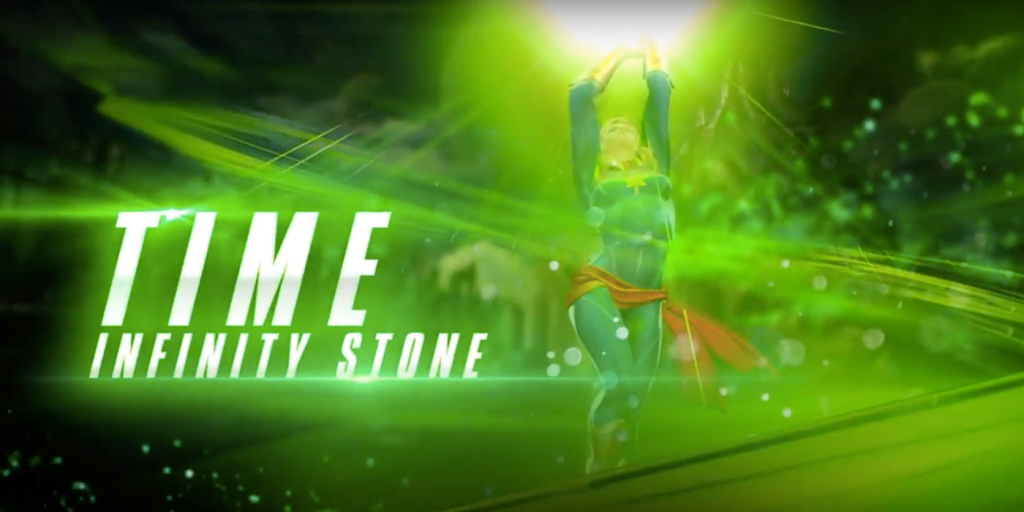 The Infinity Stones (or Infinity Gems, as they were originally known in the comics) are a major part of the MCU, leading us towards the Infinity War two-parter.

You’ll be able to use them in Marvel vs. Capcom: Infinite to make your character stronger and generally heap magical punishment upon your enemies. There are six Infinity Stones, including Power and Time, each with its own effects.

You can use these in a couple of ways: A smaller attack, used at any time during the battle, will have a low-powered effect (pulling your enemy closer or knocking them back enough for you to take advantage), but the bigger attack is pretty damn awesome.

When your Infinity Stone meter fills up, pressing two trigger buttons together will launch a stone-specific power, such as trapping them in a small part of the screen. Each stone’s main power will give you the chance to gain the upper hand, even if only briefly.

Learning which stones work best against different enemies, and matching them to your two-fighter team, adds an interesting new angle to Marvel vs. Capcom: Infinite’s brawling, and helps to steep it in Marvel lore even deeper. 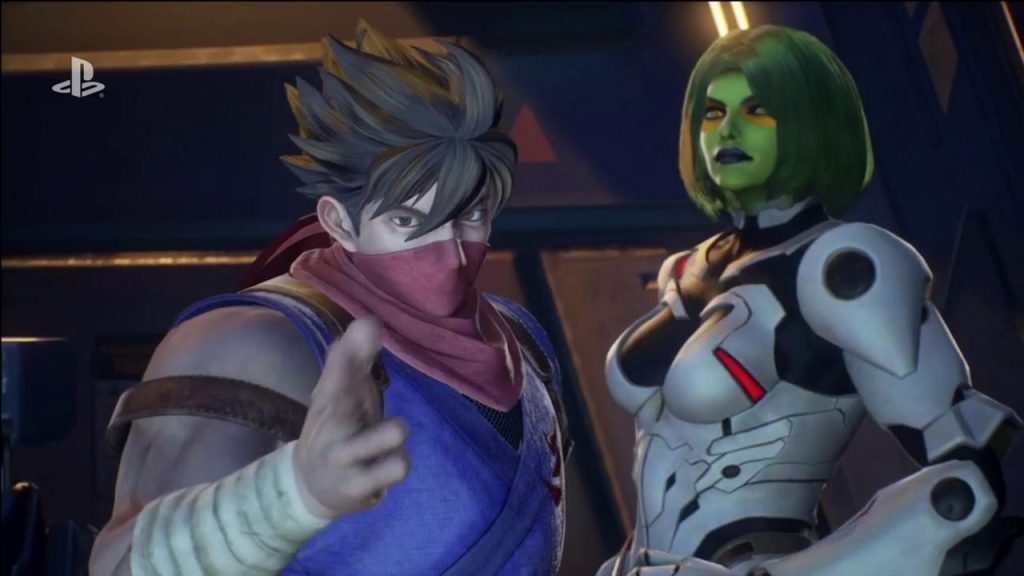 A number of awesome characters have been confirmed for a while now, including Rocket Raccoon, Captain Marvel, Strider Hiryu, and Jedah, but recent additions include Nemesis, Gamora, and Frank West.

Nemesis hails from Capcom’s mighty Resident Evil 3: Nemesis, of course, and will presumably be just as terrifying as he was in that classic game. Footage shows him firing his rocket launcher and generally being nasty, which is nice.

Frank West is the main star of Capcom’s Dead Rising series, having appeared in multiple games and spin-offs, including Ultimate Marvel vs. Capcom 3. He uses his trademark camera and various weapons (baseball bat, chainsaw) fans will recognise from his previous outings.

Gamora (looking absolutely amazing, it has to be said!) looks likely to be a powerful fighter, as does Thanos! Throwing the MCU’s big baddie into the game’s a pretty obvious move, and he’s bound to be a favourite character after we see more of him in the MCU.

We’re sure one or two more characters will be added before the game hits the market, and extras as DLC are a shoe-in.

Marvel vs. Capcom: Infinite looks like more of the fast-paced, colourful, dynamic brawling the previous games did so well. Sure, there are a few changes, but the footage released so far should have all of us salivating for more!

What are you most excited to see in Marvel vs. Capcom: Infinite? Let us know!