When Metal Gear Solid first hit the PS1 almost 20 years ago, it was a breath of fresh air.

Sure, there had already been two games starring the brilliantly-named Solid Snake years earlier, but this was a whole new type of experience. At a time when many action games revolved around icing as many enemies as you could without much thought, Metal Gear Solid instead encouraged you to use stealth and cunning to waste enemies (if not avoid them altogether).

It went on to spawn multiple spin-offs and sequels, of course, which took the series in many weird, wonderful directions. However, there are still so many reasons to love this classic game – and here are just ten … 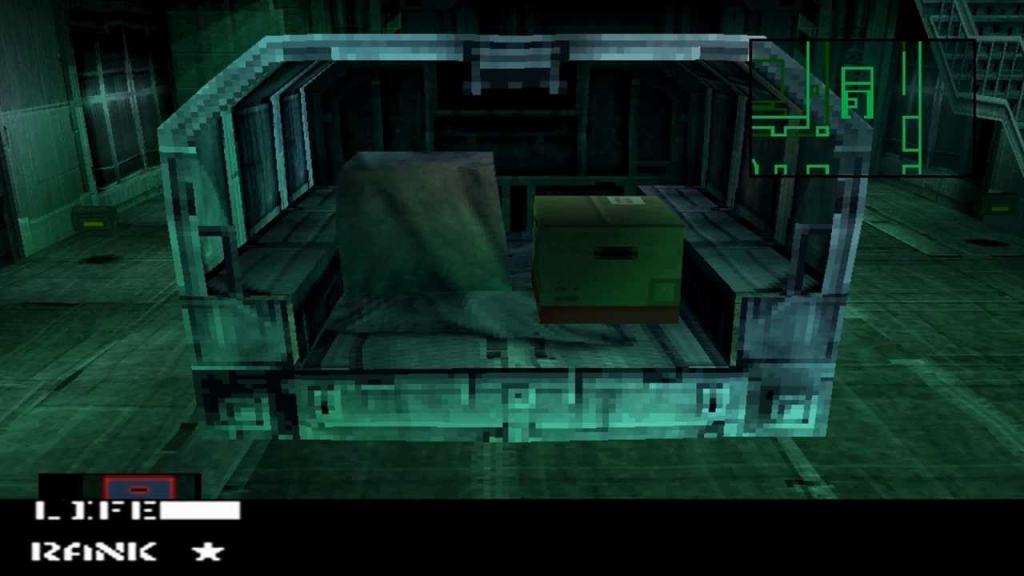 For all of its seriousness, violence, and heavy themes, Metal Gear Solid has some great moments of humour.

Such as, you ask? Why, hiding under a cardboard box, of course!

Whipping this out to avoid approaching guards and sneak a ride in a truck added a touch of cartoonish silliness to the game, and saves Snake’s skin in plenty of open spots. Being able to creep around as soon as enemies’ backs are turned is still daft enough to raise a grin today.

Not only is she handy with a high-powered rifle, she’s also a beautiful, interesting character with a sad backstory. Facing her forced Snake to become a sniper himself, taking her down from a distance rather than up-close.

There are two segments based around her in Metal Gear Solid. The first sees Snake stranded in a tight spot while a wounded Meryl lies in the open, at Sniper Wolf’s mercy. After a spot of backtracking to get your mitts on a rifle, and some diazepam to steady your aim, you’re forced to snipe Wolf as best you can. It’s a thrilling, thrilling battle.

Later on, you face Sniper Wolf again, but now you’re out in the open, surrounded by snow and trees. It’s even more exciting than your first encounter with her, and the conclusion (as she dies in Snake’s arms) is pretty damn beautiful.

Going Incognito with the Stealth Suit 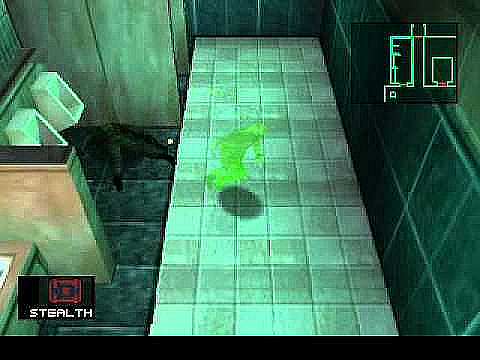 Gray Fox, the sword-wielding cybernetic ninja (we’ll get back to him later!) has a handy stealth suit to keep himself hidden from enemies.

This is fancy-pants piece of invisibility-tech bends light and lets the wearer sneak around like they’re hunting Arnie in Predator. If you want to get your hands on this, you have to give in to Revolve Ocelot during the infamous torture sequence, and Otacon will hand this over at the end of the game (and hey, if that doesn’t lift your spirits after letting Meryl die, nothing will!).

Playing with this made the game totally different, letting you creep past standard enemies without being spotted.

One of the true joys of Metal Gear Solid is baffling guards. Whether you’re tapping a wall to attract them only to disappear, or you’re leaving a lengthy trail of footprints in snow, hearing guards say “huh?” and watching that cartoony exlamation mark appear over their heads just never gets old.

If you have time to kill, you can spend hours confusing enemies again and again … and then snapping their necks, just because.

Okay, so we’ve already talked about Gray Fox, but let’s spend a bit more time on him.

First off, he’s got that stealth suit. Next, he’s got that awesome armour, a sweet sword, and moves that might intimidate Bruce Lee. Last but not least, he gets to go out in true heroic flair come the game’s powerful climax.

Remember confronting Gray Fox face-to-mask in an abandoned office, after he’s lain waste to a horde of enemies? It’s an unforgettable moment.

While being unable to skip some moments might have grown tiresome after multiple playthroughs, the sheer excitement and cinematic awesomeness of Metal Gear Solid’s finale is a wonder to behold.

Not only is facing Liquid Snake on top of Metal Gear Rex (bare-chested, natch) a nice touch of stripped-down combat, having to face the towering mech itself beforehand is what the game really builds towards. It’s a huge, pulse-pounding, exhilarating sequence that laid great foundations for the ever-bigger games to follow.

Still, let’s not forget about the game’s thrilling car chase. While Otacon or Meryl drives Snake to safety, you’re tasked with manning a massive gun to fend off Liquid Snake (who’s in hot pursuit).

It’s a different type of gameplay to much of what we’ve seen in the game so far, and gives it a real Hollywood feel.

Without doubt, Psycho Mantis is one of the greatest enemies created for the Metal Gear Solid series. He wears a gas mask, he speaks with a Bond-villain accent, and he has freaky psychic powers that let him read your mind.

Now, while Hideo Kojima and his gang could have left it that, they actually went way, way further: Mantis’s supernatural abilities affect the gameplay in a huge way, requiring you to play differently. This was a stroke of real genius.

To start with, Psycho Mantis invites you to put your controller on the floor so he can move it wit the power of his mind – at which point, the vibration function kicks in, allowing the controller to work its way along your carpet!

When you start to actually fight Mantis, though, you can’t get a single hit in. Why? Because he can read your thoughts, dummy!

So, what do you do? Simple – plug your controller into the second port. After this, Mantis has no way to predict your moves, and you can take him down.

Even now, this is an incredible touch to Metal Gear Solid, and shows a fantastic amount of creative thinking rarely bested.

Playing with Those Wonderful Toys 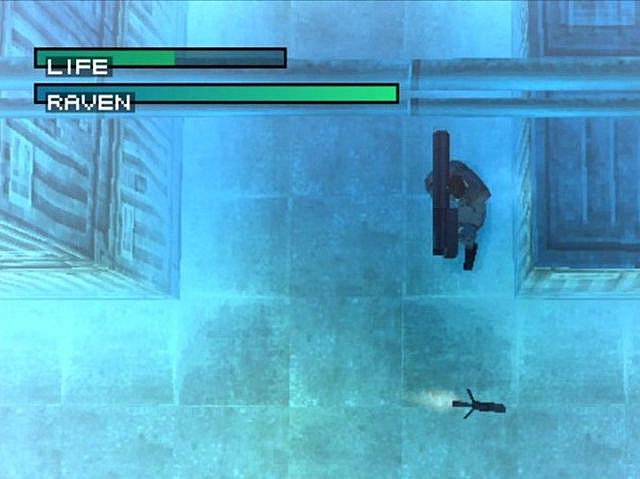 Metal Gear Solid gives Solid Snake a heap of cool toys to play with. The thermal goggles that let you spot lasers, items, and enemies wearing stealth gear. The night-vision goggles that give you the power to see in the dark. The mine detector. The gas mask. The chaff grenade. The stun grenade. The C4. The claymores.

Oh, and let’s not forget the Nikita remote-controlled rocket launcher. With this, you can fire off a missile and guide it towards enemies – one of the most memorable weapons in the game.

The music throughout Metal Gear Solid adds to the excitement, the atmosphere, and the emotion. From start to finish, it complements the on-screen action and character development beautifully, particularly during boss battles – you really do feel like you’re in a big-budget action movie.

In Metal Gear Solid, the Codec system’s vital for keeping in touch with the outside world. Snake’s all alone at Shadow Moses, but with help from Colonel Campbell, Naomi, Natasha, Mei Ling, Otacon, and Master Miller (or is it?).

This was a great way to expand Solid Snake’s character, reveal aspects of his backstory, and add more weight to the narrative. The solid voice acting and extensive dialogue make using the Codec entertaining, even gripping, at times, though having to click through conversations can be tad annoying on repeat playthroughs.

Still, the Codec remains one of the innovative features that help to keep Metal Gear Solid unique amongst so many other games of the era.

What are your favourite things about classic PS1 stealth-em-up Metal Gear Solid? Let us know!