Call Of Duty: Black Ops 4 is out on October 12th, and it has set its sights on becoming the new king of the competitive shooter hill. Call of Duty is not a newcomer to the FPS scene by any means– the yearly COD offering is something many gamers look forward to and many game developers draw inspiration from. But this year, Black Ops 4 strives to be the best Call of Duty yet by placing 100% of it’s focus on multiplayer.

The single player campaign is gone, which was done with a specific purpose in mind says Treyarch’s game designer Tony Flame: “We wanted to give players more ways to have fun with their friends than any game we’ve made before”.

Thanks to Fortnite and PUBG, battle royales are really hot right now. But Call of Duty’s last-man-standing “Blackout” mode is definitely not a Fortnite knockoff– it’s a fresh take that brings a lot of improvements to the popular game mode. Call of Duty’s Blackout is still very much its own special Black Ops multiplayer experience.

First, choose your team size: squad up as a team of 4, grab a buddy for duos, or get the true battle royale experience and go it alone. Next, it’s time to “deploy”, and by that we mean drop from an aerial transport with nothing but the wingsuit on your back. Where you land and how you fight will be up to you.

In various structures and supply drops around the map you’ll find a wide range of high tech military loot (including vehicles!) to aid in your survival. And, last but not least, you’ll need to make sure you stay inside the map’s slowly shrinking boundaries if you want to be the last player (or team) standing.

The competitive multiplayer modes that you know and love from previous games in the series are back, along with new ones as well. There have also been a few changes here and there to keep things interesting, and to create a variety of multiplayer experiences.

The Specialists, some returning from Black Ops 3, are somewhere between Overwatch’s “Heroes” and Rainbow Six Siege’s “Operators”– two games which have definitely influenced Black Ops 4. The Specialist will each have a unique background story and special multiplayer campaign loop that allows you to get to know each one; this is designed for players who might be missing the campaign mode.

Some Specialists have returned from Black Ops 3, but overall the abilities and specific uses of the Specialists in Black Ops 4 feel very different from the game before it. Each Specialist deploys with unique weaponry and equipment.

There are a lot of small details that have been altered, but perhaps the two biggest changes are the healing and map mechanics. Health is no longer automatically recharged like Black Ops 3. Instead, each player has a healing ability that functions on a cooldown. You’ll have to heal strategically and sparingly to make sure you have it ready when you need it most. As for the map, unless you’re using special equipment, you’ll only be able to see the area immediately around you, not the whole map.

If It Ain’t Broke Don’t Fix It 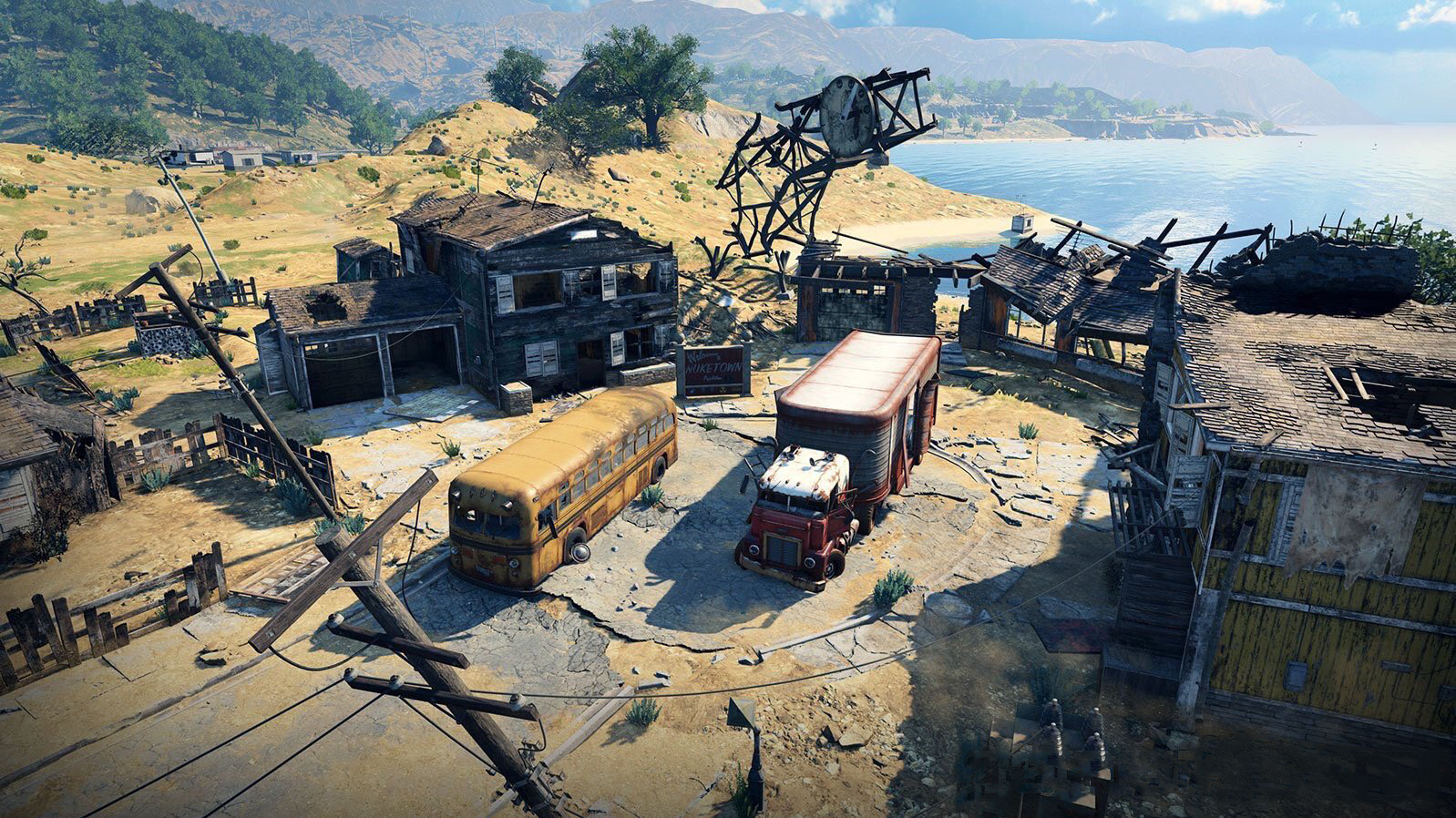 New maps will of course be included in Black Ops 4– like the extremely fast paced and chaotic “Frequency”, the tropical island based “Contraband”, or “Seaside” which is based in an old-world Spanish town and is full of sniper locations. But, there are a number of tried and true maps returning– at least one from each previous Black Ops title!

Hardpoint, Domination, and Control game modes will be back (among others), there will be a new Payday-esque “Heist” mode designed for the specialists, and, in case you were wondering, Nuketown is back!

Call of Duty’s awesome undead game mode is back, and it’s big enough and detailed enough to be a stand alone game on its own. Zombies will still be co-op (both online and split-screen), and you’ll still be shooting up wave after wave of undead monsters– but almost everything else is brand new! Three separate zombie campaigns will be playable on release day, along with a special zombie experience for those who bought the Deluxe and Pro Editions. “Blood of the Dead” takes place in Alcatraz prison, “Voyage of Despair” is set on the Titanic (spoiler alert: it sinks), and “IX” takes place in Ancient Rome. Each campaign will feature weapons and gear that go along with the custom designed theme– and they’re really awesome. For example: you’ll be wielding the “Scepter of Ra” and the “Hammer of Valhalla” in IX instead of guns. 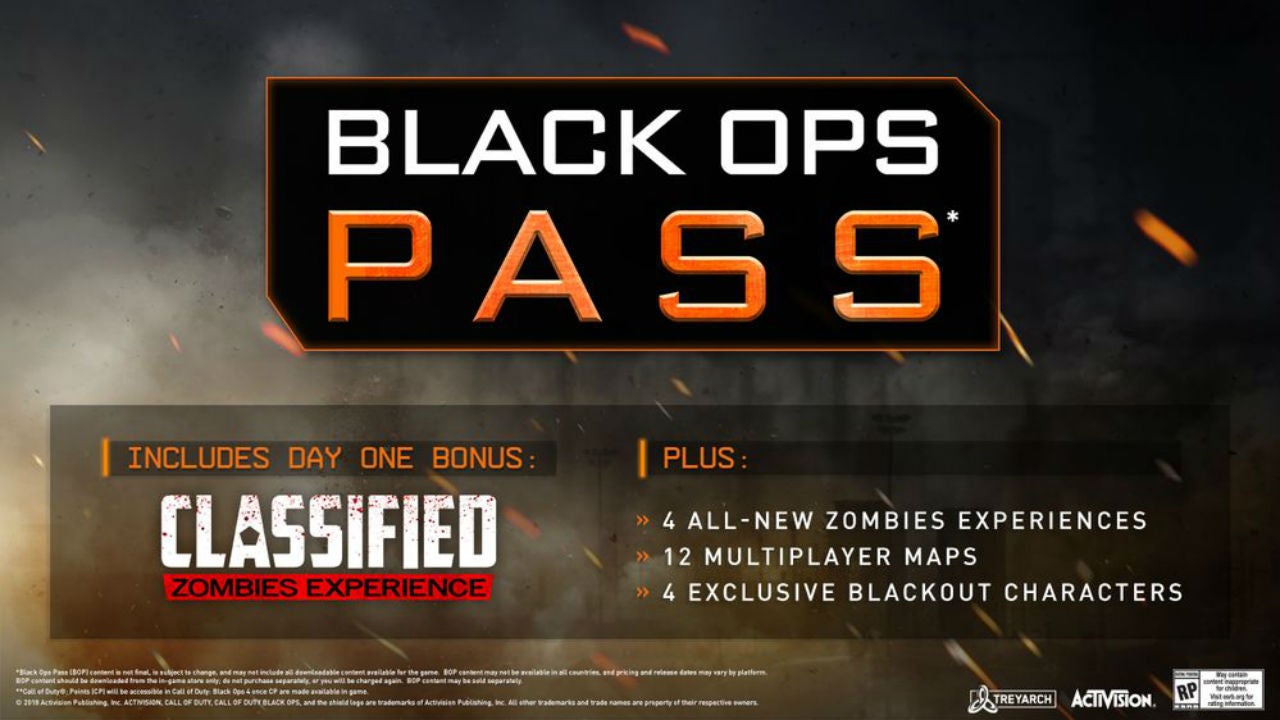 In addition to Standard, we have 3 other editions for you to choose from in our webstore, each with their own special bonuses:

2400 Call of Duty Points – This in-game currency is used to buy all kinds of exclusive gear, as well as the brand new Signature Weapons that’ll add a little custom bling to your multiplayer experience.

Fortnite holds the all time record for concurrent viewers on Twitch (1.5 million), but we think that Call of Duty: Black Ops 4 might surpass that number on October 12th. The Black Ops 4 beta hit 615,000 at one point… not much further to go.

Let us know in the comments what you think about COD’s new battle royale mode!